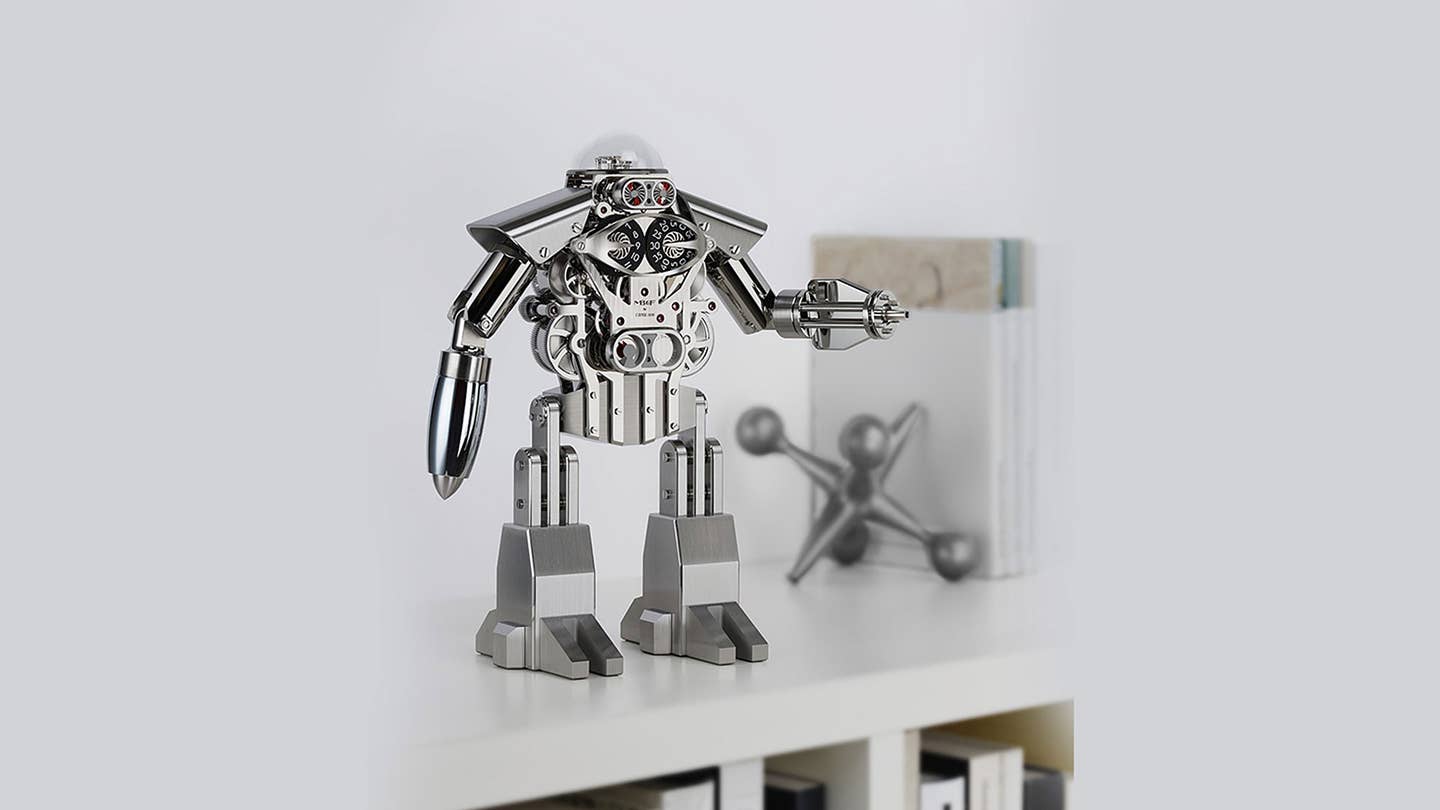 Though Swiss watchmaking is a centuries-old industry, it has upstarts. And, they’re flourishing. One of the more successful is Maximilian Büsser & Friends, founded a decade ago. To celebrate that anniversary, MB&F is making 100—yes—robot clocks named Melchior, a traditional forename in Büsser’s family. Ninety-nine of the clocks will be available in light or dark metals, but the final, nicknamed “Only Watch,” sports plated brass and red shoulder pads—it’s far and away the most dapper robot.

Though Melchior might look like a toy, he’s very much a clock, and a robust one. The piece consists of 480 components, including a glass “skull,” a regulator “brain,” a polished rocket launcher and a mini Gatling gun (the latter two are non-functioning, lest you accidentally maim the dog). Melchior’s eyes count the seconds in retrograde.

Aside from all the cool tech and awesome looks, there are two great reasons to chase down this limited-edition techno-beast. First, the clocks were created under the idea that “A creative adult is a child that survived”—a great phrase, especially gooey for the Swiss. Second, all the proceeds from the auction of “Only Watch,” expected to be in the $30,000-$40,000 range, will go to fund research on Duchenne muscular dystrophy.

Do some good, and procure the only table clock that looks like it has designs on taking over the neighbors’ parlor, too.