How to Talk to Your Mechanic

Matt Farah won’t learn his lesson, but you should—it will save you time, money, and considerable headache. 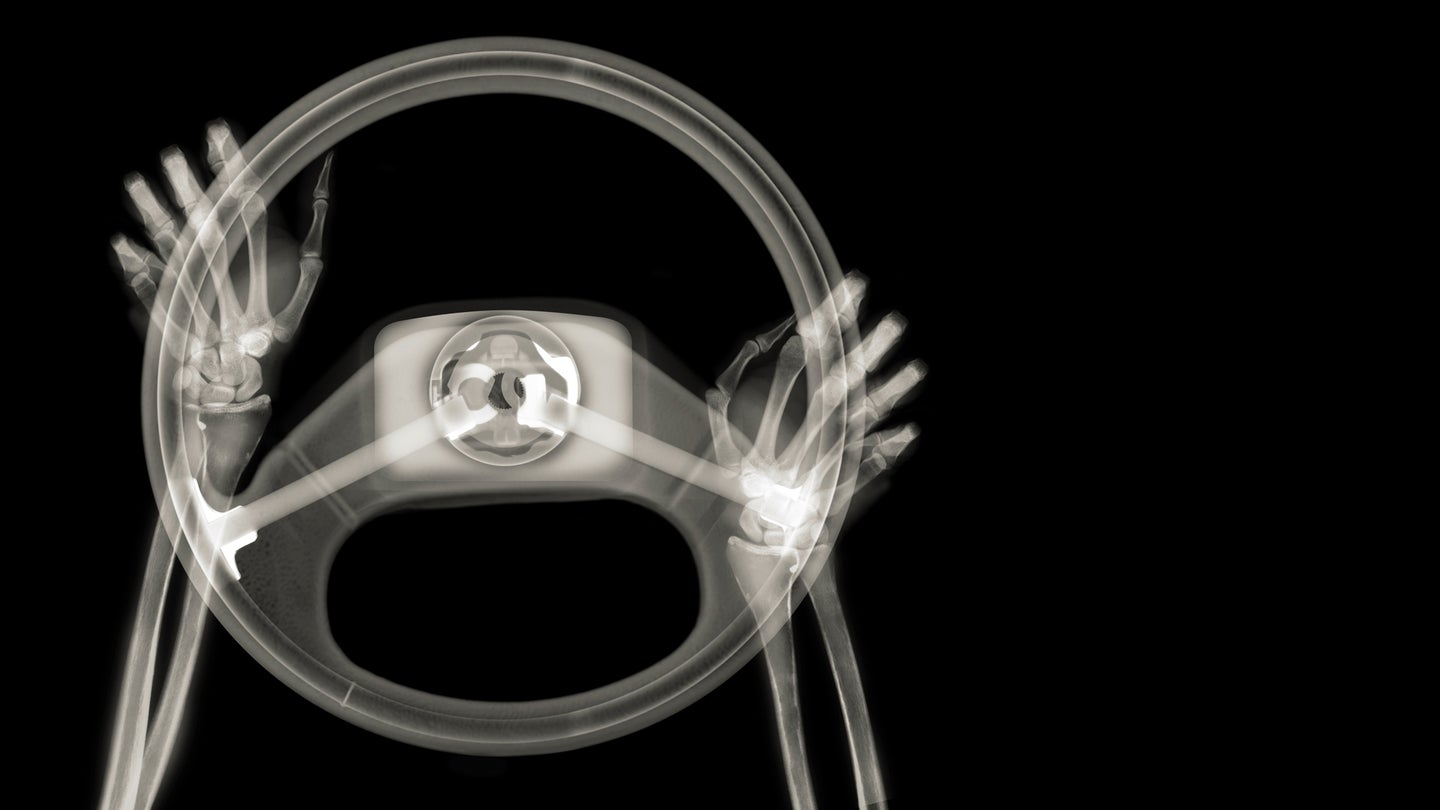 Last week, we discussed the year-long frustration involving my project Fox Body Mustang and a faulty steering hub. First, I am happy to report that after a hundred miles of driving, the steering has behaved, and is finally consistent in quick transitions. It’s not something you want to have to diagnose, believe me—inconsistent steering is a sketchy symptom to have.

You probably want some Gregory House-level diagnosis for that one, since the consequences of a failure of that kind are higher than for, say, a faulty air conditioning compressor. Well, in the Malibu Canyons, anyway; if you live in Phoenix, air conditioning is absolutely more important than steering. But even if you have the actual (fictional) Dr. Gregory House on the job, that dude goes through at least four or five different potential diagnoses every 42 minutes. As someone who has (somewhat embarrassingly) seen every episode of House, M.D., the barrier to an accurate diagnosis is predictably repeatable throughout the series: the patient gives the doctors poor information.

After my column about the bad hub last week, several commenters correctly pointed out that the real problem wasn’t the hub, it was the bad diagnosis. While I did reiterate in the column my weekly reminder that I am, in fact, quite a moron, I didn’t dwell on it in writing. In reality, after re-reading the story I could do nothing but dwell on my own House, M.D. situation right here, in my garage.  The bad diagnosis, the repeated bad diagnoses, is what kept the car off the road for most of the year. While I stewed at home, Betim Berisha, owner of BBi Autosport in Huntington Beach and the car’s primary caretaker, also mulled on the situation at his shop. We spoke this morning on the phone, and came to the same conclusion: it was the customer/tech communication breakdown which caused this issue more than a faulty part, and we should probably teach people [me] to talk to their [my] technician, so it doesn’t happen to them [again].

Step 1: Find the Right Shop (and know that this will almost always involve a compromise)

Ideally, you’re in a market in which it's possible to find a specialist known primarily for working on your type of car. The internet age has made it possible to get parts from any point A to any point B, but if you have a specialty car, you’re going to want to find a specialty shop. A good technician is like a good significant other; your relationship with your car is like a relationship with a person, and the tech is the voice, hands, and doctor for that car. Most major markets will have at least one well-known and trusted specialist to work on your car, but, like dating, don’t just swipe right and marry the first one.

For my project car, Maximum Motorsports selected and installed the whole chassis upgrade, including the steering system, so they would have been the perfect team to diagnose the issue. Maximum Motorsports, as I have mentioned, is 254 miles from my home. That is simply not realistic. In my compromise, I chose a shop like BBi, who are nationally renowned for building, maintaining, and racing Porsches. They are smart people with good judgement, and both Betim and Tony Thompson, my tech, do have experience working on Foxes, albeit from 15 years ago, when they were in high school. It’s not ideal, and in hindsight, slogging it eight hours to Maximum Motorsports may have been a time saver after all, but at the very least, I trust BBi’s judgement, their level of care on customer cars, and their background in motorsports; I trust them to do the best they can and keep it straight with me. Dr. House can cure any human of any disease, but he hasn’t diagnosed a Fox since medical school.

Step: 2: Tell Your Tech the Symptoms (without guessing the causes)

My girlfriend loves to describe my personality traits back to me, which has the unintended consequence of making me incredibly self conscious about everything I do. According to her, if she starts to tell me the first half of a story, I’ll just guess at the second half of the story, before she finishes. To learn you do this is horrible, because doing this is horrible. As it turns out, I do the same thing with my cars.

When my Corvette refused to start at SEMA 2012, I openly blamed the Optima Red Top Battery for, like, 10 minutes. Optima, who was the sponsor of my being there, was not pleased. They were even less pleased when we discovered it was a failing clutch bypass switch, and not the battery, which had immobilized the car, and I went and hid in the corner.

When the Mustang wouldn’t steer properly, I went into BBi Autosport and said, “This rebuilt steering rack is fucked.”

Those words sent Tony down a rabbit hole of unnecessary work for months. What I should have said was, “The car isn’t steering consistently. Sometimes when I turn the wheel hard, like in switchbacks, it seems to move without the wheels moving. This is exaggerated the more force I use to saw the wheel from side to side. If I hold a constant-radius corner, it's fine. The car also tracks straight when I let go of the wheel on flat road. But the steering wheel alignment seems to be getting worse over time.”

If I had described the symptoms of the issue in as much detail as possible, both Betim and I agreed they would have discovered the hub issue in one day. But because I chose to insert my own diagnosis, I put ideas into the doctors heads that closed the real doors and opened false ones. This is why you should go to House, M.D. and tell him what feels wrong, rather than going to Web M.D. and guessing what is wrong.

A technician is trained in finding causes from symptoms, but technicians are human, and the more a customer (theoretically) knows about cars, the more the technician is likely to be influenced by a customer’s uninformed diagnosis. When said customer is yours truly, why would a technician not listen if I walk in there saying the steering rack is fucked? Of course they’d look straight at it and wouldn’t even think about the hub until the very last thing ... which is, of course, exactly what happened.

Step 3: If Problems Resume After a Repair, Bring Them Up Immediately

Raise your hand if this has happened to you: you pick up your car from a shop, and either it’s not fixed correctly or a new problem has popped up. For one reason or another you don’t call or return to the shop right away. When you do get around to calling, the shop says they have no idea what you did in between then and now and can’t be responsible for the second issue. I have been on the customer end of this problem, and Betim has been on the shop end of this problem, and our consensus for avoiding this problem is exactly the same: call the shop right away, even if you cannot bring the car in right away. Betim says that there have been many cases where fixing one problem with car has brought another problem to light, and if those problems are related, he is much more likely to be able to work with the customer on diagnosis and on cost if he knows about the problem as soon as possible, with as few miles in between as possible. The theme here is still open, honest communication.

Step 4: If Modifying Rather Than Repairing, be Honest With Your Goals and You’ll be Happier With Your Car.

We’ve been through this one before in various iterations, but it remains true from the shop’s perspective: they want you to be happy with your car, so you recommend all your friends, and so you tell everyone how great they are, and so you bring your next dozen cars to their shop for the same stuff. This is a logical position to take. If you have a business, you want to make customers happy, to get more customers.

Betim says that a lot of customers come in to the shop asking to have specific parts installed, rather than stating their goals for the car. He uses the example of aftermarket headers on a Porsche 991 Turbo, “Lots of customers ask for headers on 991 Turbo’s. When I ask them why, their answer is, ‘for more power.’ which unfortunately, if I installed them, would be kind of a waste of money because they don’t really add power on those cars unless you’re already way over-the-top modified.” If they had simply walked in the door and said 'I’d like 100 horsepower more,’ there would be several easier, cheaper, and more efficient ways of getting that.”

Ultimately, your tech is your car’s diagnostician, doctor, and nurse—and also your car’s way of speaking back to you, telling you what it needs. Your job is to be the middle man, an echo chamber, a repeater for what the car is trying to tell you without words. You are not an editor, you are not a diagnostician, you are not Gregory House. Let the car finish its story, and tell that story to the tech, without adding your own hypothesis. Save time, drive the car.

Lastly, learn your lessons from mistakes, something of which clearly I am not capable. After my conversation with Betim about how to talk to your tech, I found myself in a wet parking lot, in the driver's seat of a Mustang that would not start without prodding.

I should have said, “The Mustang won’t start. The battery powers on, the electronics, accessories, and lights come on, and the fuel pump comes on. The starter motor just clicks but won’t fire. If I kick the clutch pedal really hard 4 or 5 times, it starts like nothing is wrong.”

But you already know that’s not what I said.

“This thing got a clutch bypass switch somewhere? I think it’s taken a shit.”

A one-man band, made with Rube Goldbergian skill.

Martin Shkreli Is My Auto Mechanic

Our Toyota FJ project is turning into a serious time sink.