You Should Probably Buy This Champagne Gun 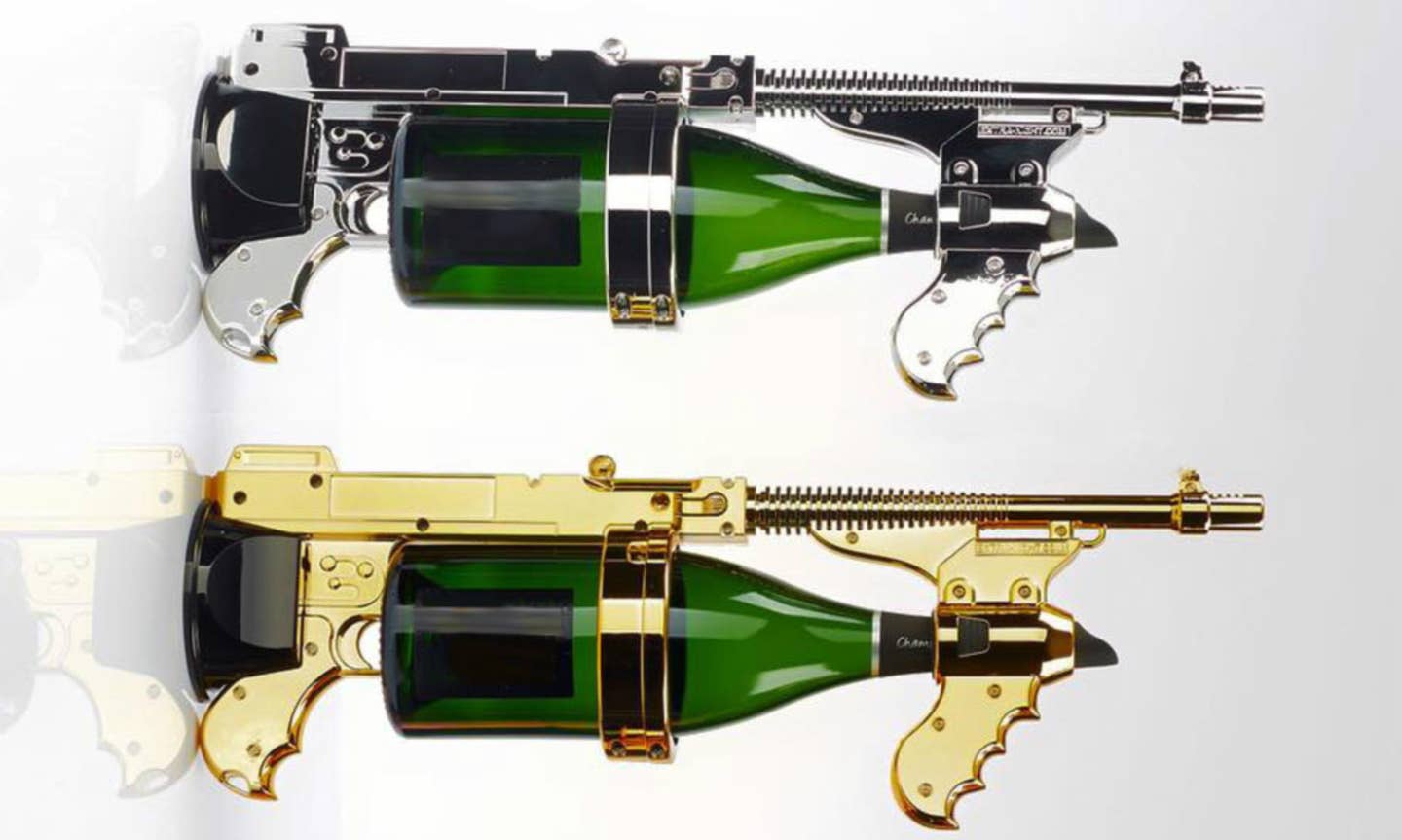 The F1 Russian Grand Prix is this weekend, and there are plenty of reasons to watch the race on Sunday. Lewis Hamilton is floundering while his Mercedes teammate, Nico Rosberg, is pulling away. Team Haas, the new American team, needs to get its mojo back after a disappointing show in China. And there’s sure to be some fallout from that confrontation between Ferrari veteran Sebastian Vettel and teenage Red Bull phenom Daniil Kvyat. All of which is to say: You should totally have a Russian Grand Prix viewing party.

You’ll need supplies. The race is in Sochi, so some variety of beet-and-herring spread should do fine. Club music playlist encouraged; several cartons of unfiltered Java-brand cigarettes are mandatory. But nothing screams Racing in parvenu Russia! like a rose-gold-plated machine gun that shoots champagne. Luckily for you, and hedons the world over, somebody actually makes one of those.

The company's called Extra-Night, and it has just started selling this lovely piece of oligarch paraphernalia stateside. The champagne gun is two feet long, weighs five pounds empty, and carries a single, regulation-sized magnum of bubbly as ammunition. Three finishes (chrome, gold, and the aforementioned rose gold) are available. Included also are two nozzles, one of which is for regular pouring but, let’s be honest here, the “diffuser” end attachment is the one you want. Load in a bottle, shake it up, and go full Super Soaker when the race winner comes across the line. Don’t be self-conscious; busting out a gaudy, $459 champagne gun still lands in the shallow end of F1 Sochi absurdity: