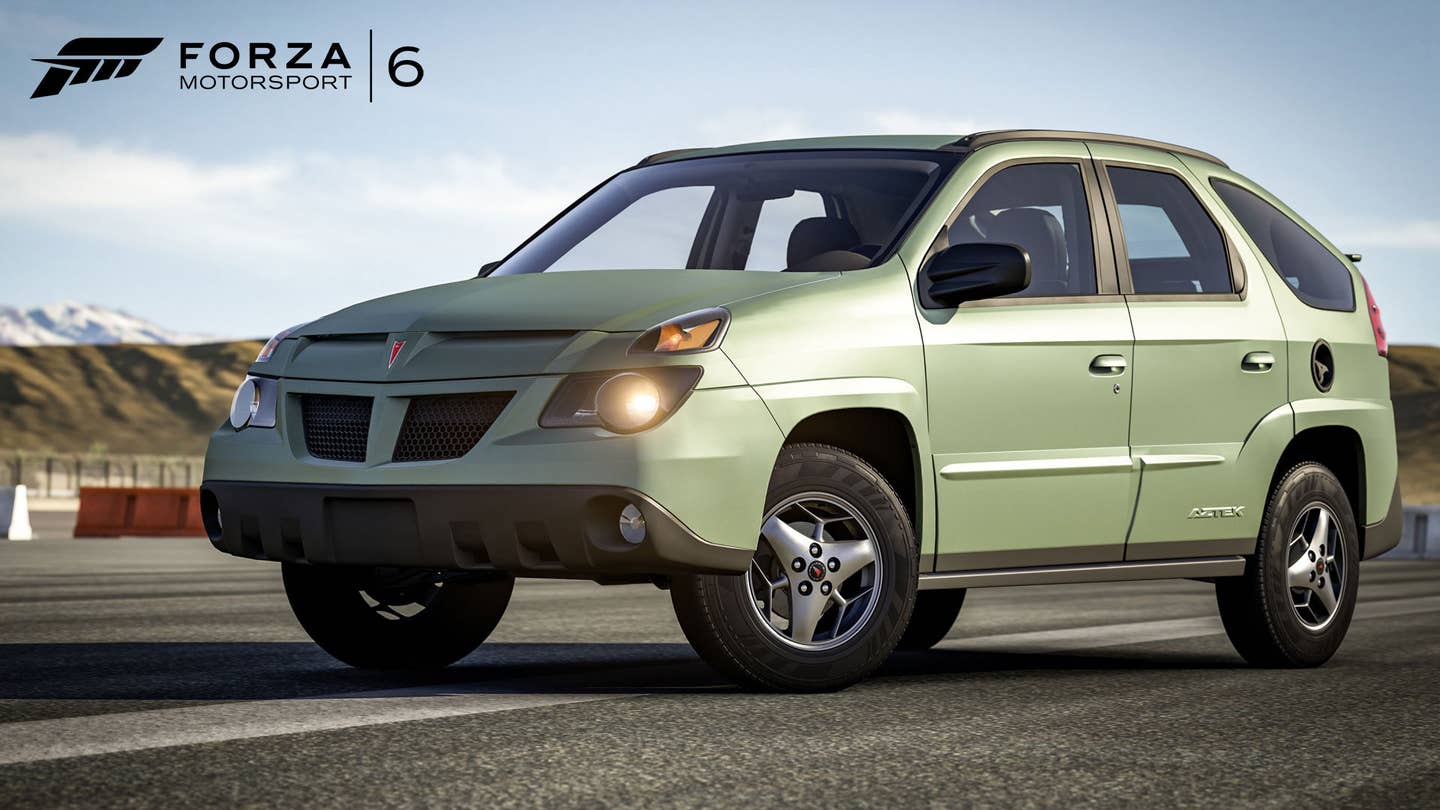 The good people at Turn 10 have released the Forza 6 Alpinestars Car Pack. It’s a weird one. Besides an IMSA racing Mercury Cougar XR-7, this latest car pack includes the 1964 Aston Martin DB5, Ferrari F50 and (one breath) Ford #02 Chip Ganassi Racing Riley Mk XXVI Daytona. Makes sense. But there’s also stylistic outliers like the Alfa Romeo Milano, whose trunk looks like it fell off and was reattached at an angle, and the Subaru SVX, whose shape bears all the misbegotten Nineties exuberance of S Club 7.  Also, the Pontiac Aztek.

The warty, misshapen AutoCAD fetus that somehow made it to term, will be available for all your virtual racing purposes. Aesthetically ahead of its time—its time being the malevolent-robot apocalypse—the Aztek is back lap meticulously rendered versions of the world’s top racing tracks. A twin-turbo V8 drift build has already been created. We couldn’t be happier. Or more blasphemed.

Now, like the dozens of defeated spirits who own Pontiac Azteks in real life, you’ll be able to drive manically across lanes and over apexes, foot to the floor, petrified that a friend or acquaintance might see you piloting the ugliest car in the world. For $4.99, embrace the shame.