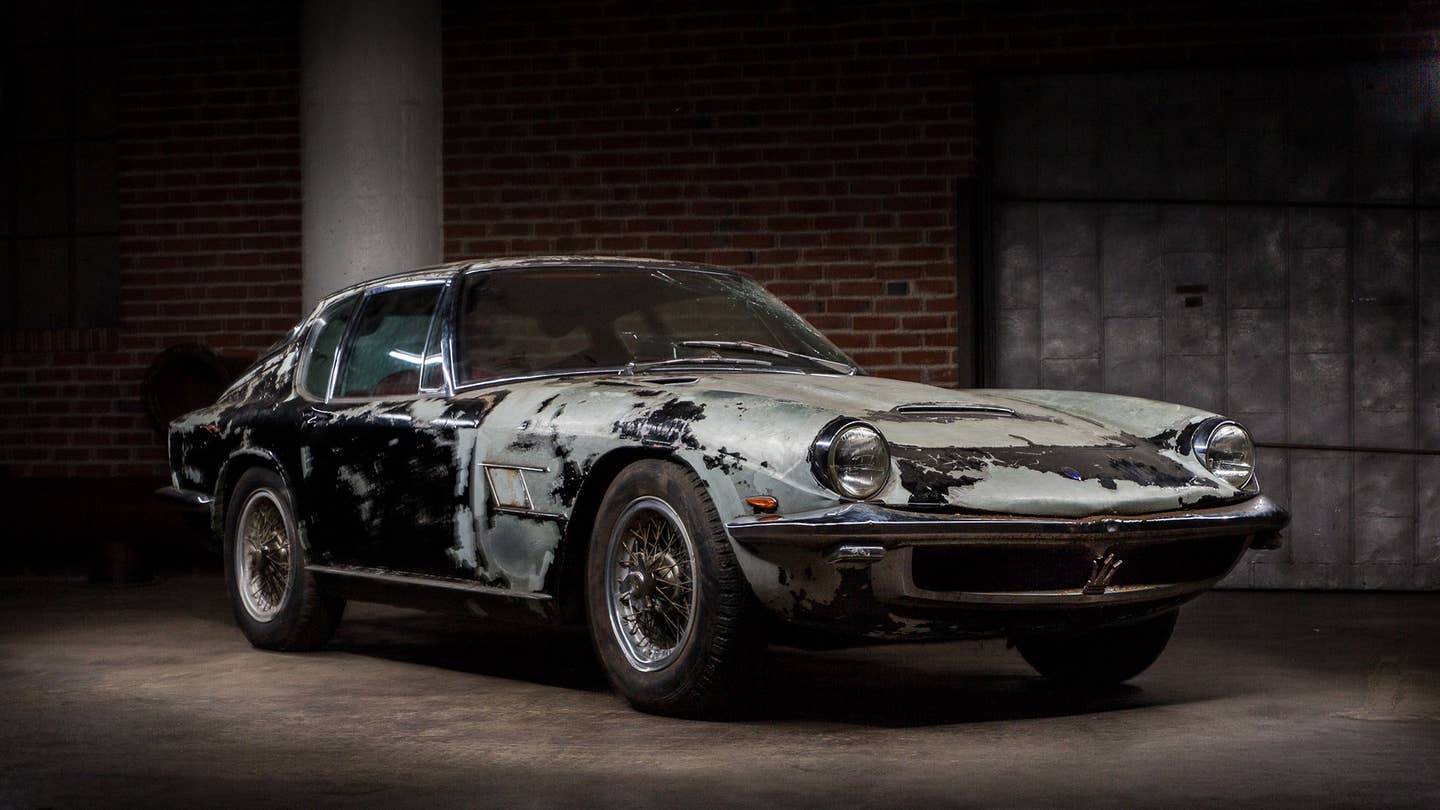 The barn find: Part automobile, part archeological endeavor. These are the hidden gems, the deep cuts, those wheeled treasures stashed away then forgotten. And so they sit, deserted. Left to gather layers of dust and filth, the bottom of the garage pyramid, shouldering the load of miscellaneous junk and owl droppings, accruing value. Until, one day, they’re found.

Abuse is the parent of destruction, but disuse only begets atrophy. So a barn find represents the most authentic version of a car, honest bones for a restoration project. And, of course, there’s the lottery ticket allure: The notion that sheetmetal treasures are scattered, simply waiting to be unearthed is downright seductive. We love it.

January is shaping up to be the Month of Barn Finds, both in the U.S. and abroad. Here are a few fantastic reclaimed rides. Each has a story. Each is a gem.

Once owned by the family of World Champion motorcycle and Formula 1 racer Mike Hailwood. In 1968, it was sold to Frank Cavanagh and imported to Mulawla, Australia, where it sat in a hangar (alongside a Sixties Cessna and Ferrari 330 GT, no less) until last year. On offer from J.D. Classics.

Purchased new by Yves Le Bihan, former director of French Northern Railway. The car went into a stable after WWII and has not moved since. Le Bihan’s granddaughter says she “remembers having played in this strange machine, heading out for long imaginary journeys.” On offer from Artcurial.

No detailed history here, which only adds intrigue. Records suggest it was serviced in Glen Head, New York, and put into storage circa 1979, only to be discovered recently on Long Island. On offer from LBI Limited.

Discovered in a Belgian cowshed, abandoned since the death of its (only) owner during the Seventies. The car is rare and aluminum and beautiful, though the ad notes “Connolly leather upholstery needs to be cleaned.” You know, because of the owl shit. The real deal. On offer from Artcurial.

One of only 247 cars finished in “Bianco Polo Park” white. Parked under a carport by its previous owner during the mid-Eighties, and hasn’t been driven since. Even still has a 1983-issue California “Sunset” license plate. On offer from Gooding & Company.

Used as a factory demonstrator until 1960, imported to Sweden five years later, and entombed soon after. One of only two Vignale Spyder prototypes, so odd and esoteric it doesn’t even appear in Maserati’s own registries or books. On offer from Artcurial.