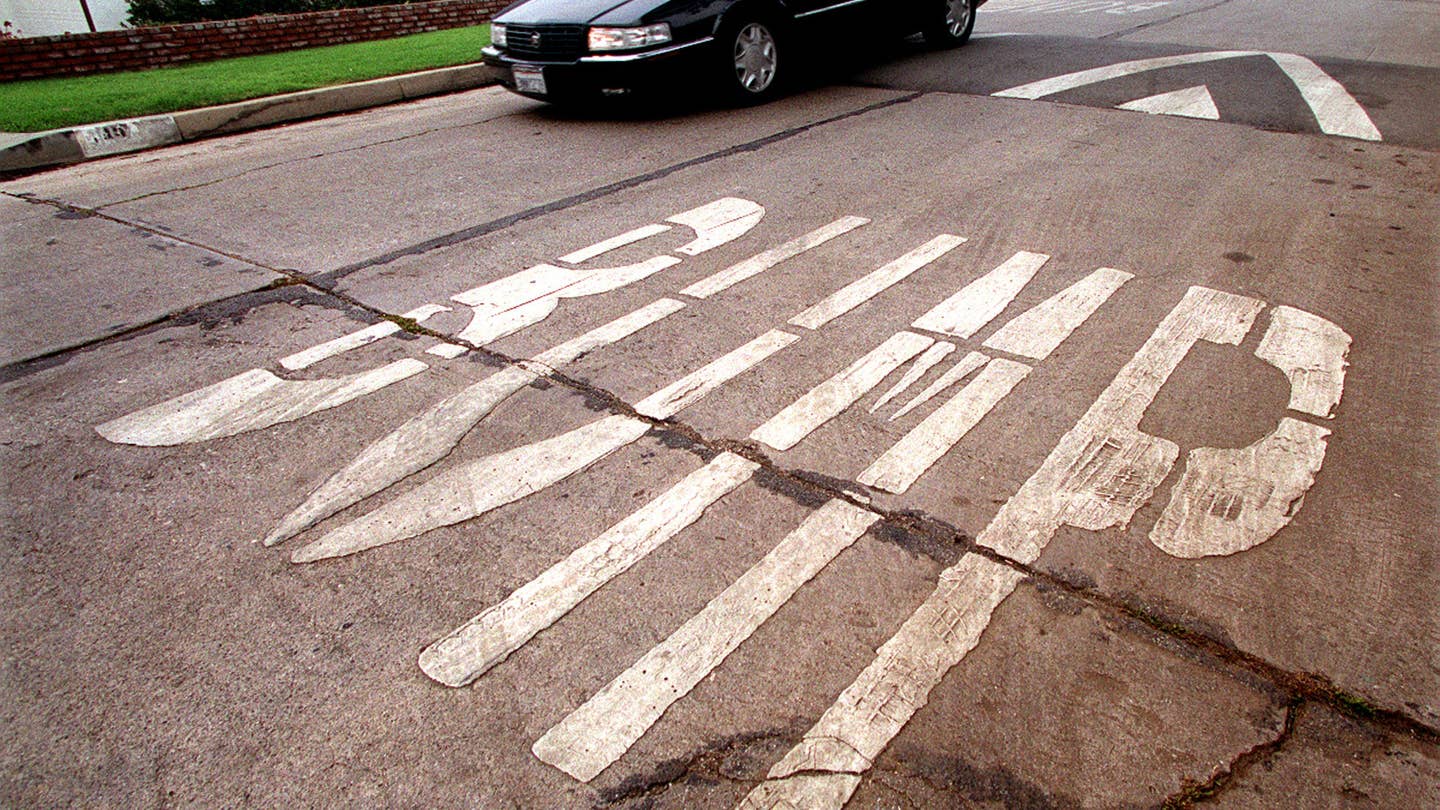 Driving in India is dangerous. In the span of just three decades, the number of cars in that county has increased from 5 million to over 75 million. That’s put a burden on law enforcement, and the popularity of motoring has far outpaced infrastructure expansion; road quality is poor and ill-equipped for modern speed. See: India’s Road Accident Report for 2014, the latest data set available, which counts over 11,000 traffic deaths just from accidents resulting from speed bumps and potholes. So, earlier this month, road transport officials ordered the removal of all speed breakers from freeways. Arterial roads could soon follow. So how is India going to maintain pedestrian safety? Optical illusions.

That’s idea behind a new pilot program from Nitin Gadkari, the Union Minister of Road Transport & Highways and Shipping. He posted this photo on Tuesday, showing a painted-on crosswalk that creates the appearance of a 3D speed bumps:

“We will test it out in a couple of highways at one or two points,” says Raghav Chandra, chairman for the National Highways Authority of India. “If it doesn’t cause any problem of road safety, we can experiment with it further.”

The idea, of course, is to slow drivers, but it’s also an economic plan. Installing and maintaining “virtual” speed bumps is far cheaper than the real thing. Here in the US, Philadelphia flirted with a similar program a few years back, as did Phoenix and its outlying suburbs. Both saw a tremendous reduction in residential speeding…at first.

"Initially they were great," Terry Sills, Phoenix Police traffic coordinator, said in 2008. "Until people found out what they were."

Basically, the trompe-l’œil speed humps had a novelty effect for US motorists. Still, Scandinavia and Canada have both experimented with similar programs, and the trick is also used in some Australian residential areas. Considering the easy and inexpensive installation, and how dangerous the roads in India have proven themselves, it’s certainly worth a try.