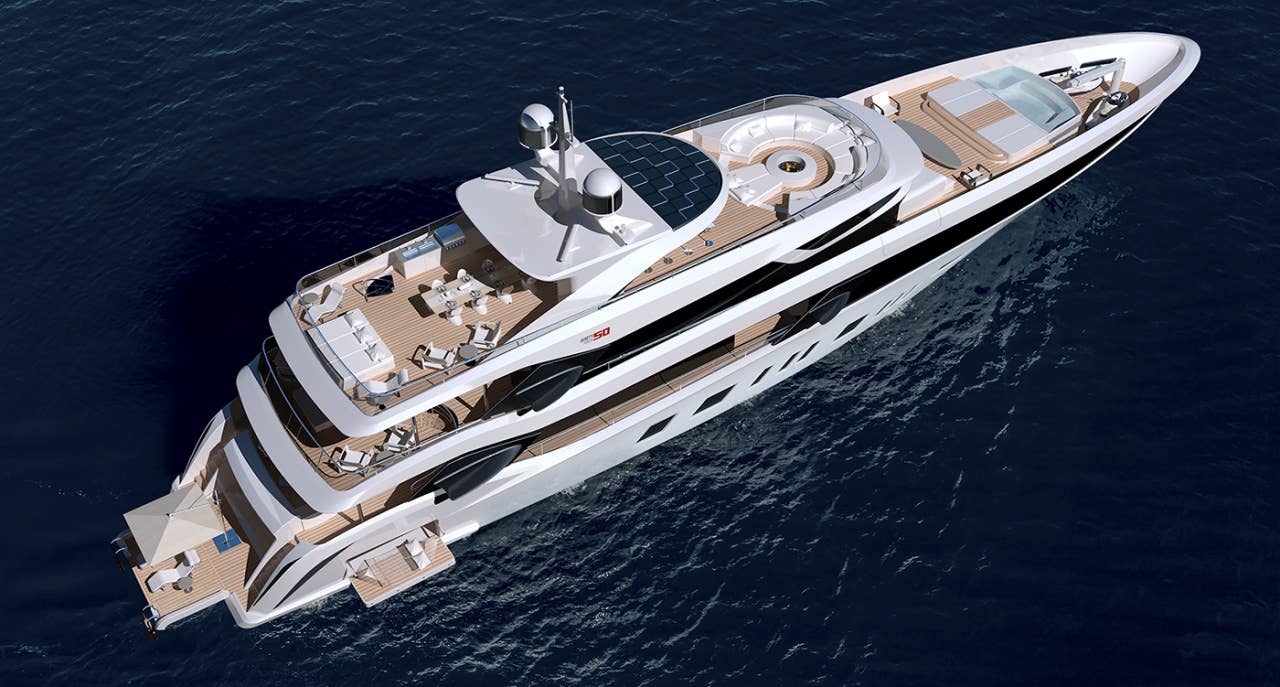 You’d think he would want to stay away from water. After all, it was Hurricane Sandy that delivered the coup de grâce for Fisker Automotive back in 2012. And yet, here comes Henrik Fisker, the green car scion who puts Chevy V8s into plug-in hybrid sedans, who penned Aston Martin’s prettiest modern car before suing the company, who’s got champagne holders in his Dodge Viper because he doesn’t want magnums of bubbly “in the footwell, rolling around,” and now he’s at the Singapore Yacht Show. The latest project from the Danish coachbuilder extraordinaire is ready to dock.

Meet the Benetti Fisker 50 Concept. Penned by Henrik at his California studio, the new 164-foot superyacht is a suitably Veblen thing. The body uses carbon fiber accents and reclaimed wood, with integrated solar panels for ambient lighting at night. Of course, it’s got all stuff you’d expect a three-deck superyacht to have. There’s a beach club, library, spa, fire pit, several bars, Jacuzzi, and a movie theater that’s also a gym. It’ll hold 12 guests in six cabins, plus 11 crew members in staff quarters.

Fisker says the 50 Concept will have “optional hybrid power” and is “ready to be built.” It’s slated to be engineered around one of Benetti’s existing platforms (no word on which one yet) and assembled in Livorno, Italy. Who knows when, or if, that’ll happen, because jury’s still out as to whether Henrik Fisker is a transport design Renaissance Man or the second coming of John Z. DeLorean. Optimistic? Delusional? Or, maybe, dude just doesn’t give a rip.