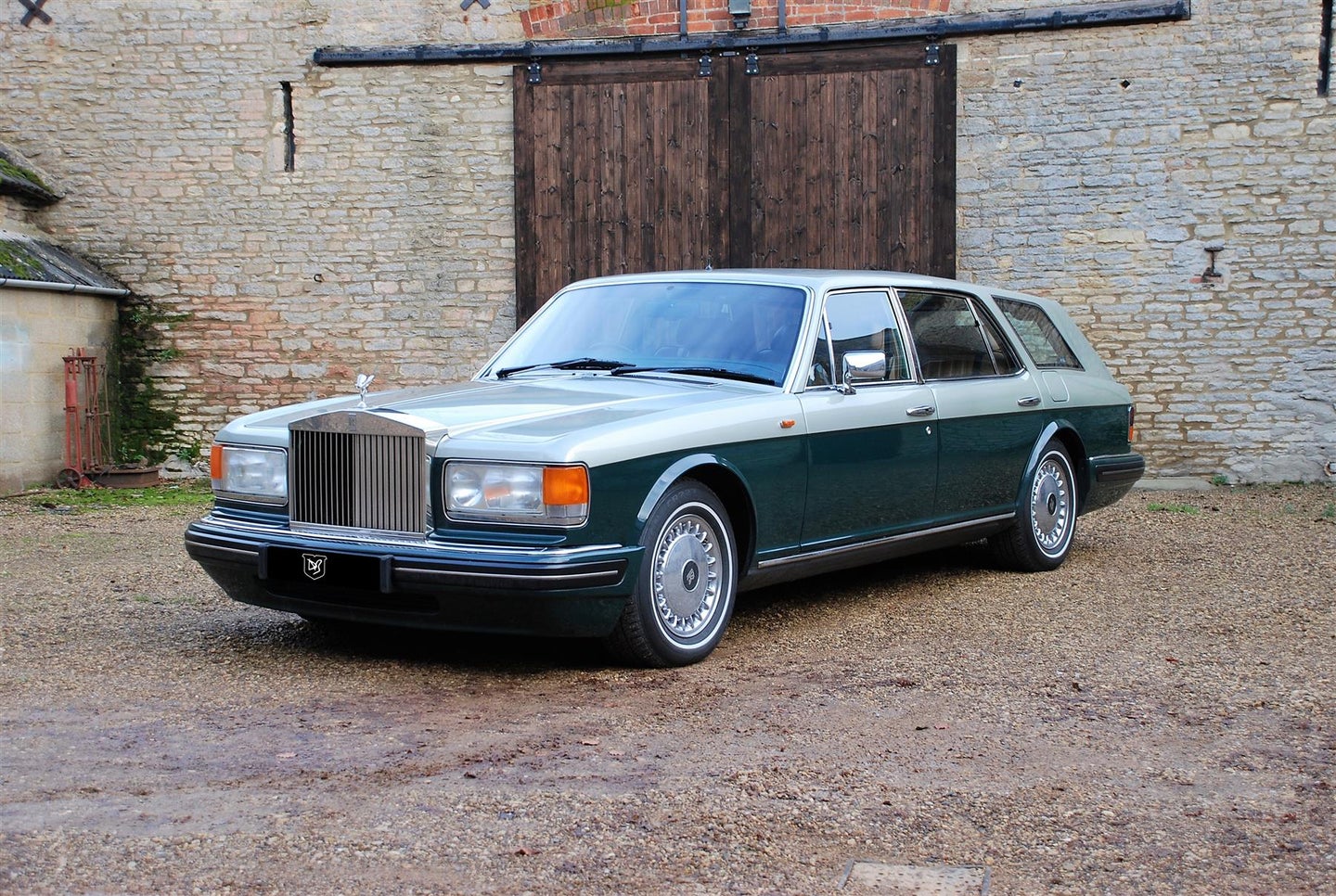 Tampering with a Rolls-Royce could be sacrilegious, but when it's carried out as thoroughly as this, you can't help but step back and appreciate it. This 1995 Flying Spur has been altered from its original coupe form to sport an estate profile that looks strangely yet assuredly handsome. Surprisingly, it was built by Pimp My Ride crew West Coast Customs, but you won't find any Playstation 2 consoles here -- just a beautifully crafted luxo-cruiser. It has all of the proper Rolls-Royce bits in tact to make it a suitable cruiser for the tasteful collector.

The Flying Spur is located in England and can be found for sale here on Classic Driver. It has looks to kill with a tasteful two tone paint job that accents the car's new lines, not to mention its exceptional condition. The Rolls has only traveled 25,000 miles since new, hopefully doing away with the famed British reliability issues. According to the pictures, this car looks to be in good aesthetic shape with minimal wear and tear.

Cabin space is increased yet refined and is finished in a way that looks strikingly close to how Rolls-Royce would've built it from the factory. Period-correct tan leather adorns the Flying Spur's cushy seats while splashes of wood grain on the dash complete the look of '90s luxury. Interior materials also look to be in like-new condition with seemingly spotless carpet and seating.

The 6.75 liter V8 remains in factory spec producing 360 horsepower and a mountainous 544 lb. ft. of torque. It's mated to a GM-sourced four speed automatic that's presumably beefier than the three speed units used in the past. It may not win any races, but it will definitely sling you around in style.

It's listed at $125K and has a very good chance of fetching that price. It checks the boxes as far as rarity and completion goes, so expect to see it go for the stated reserve.