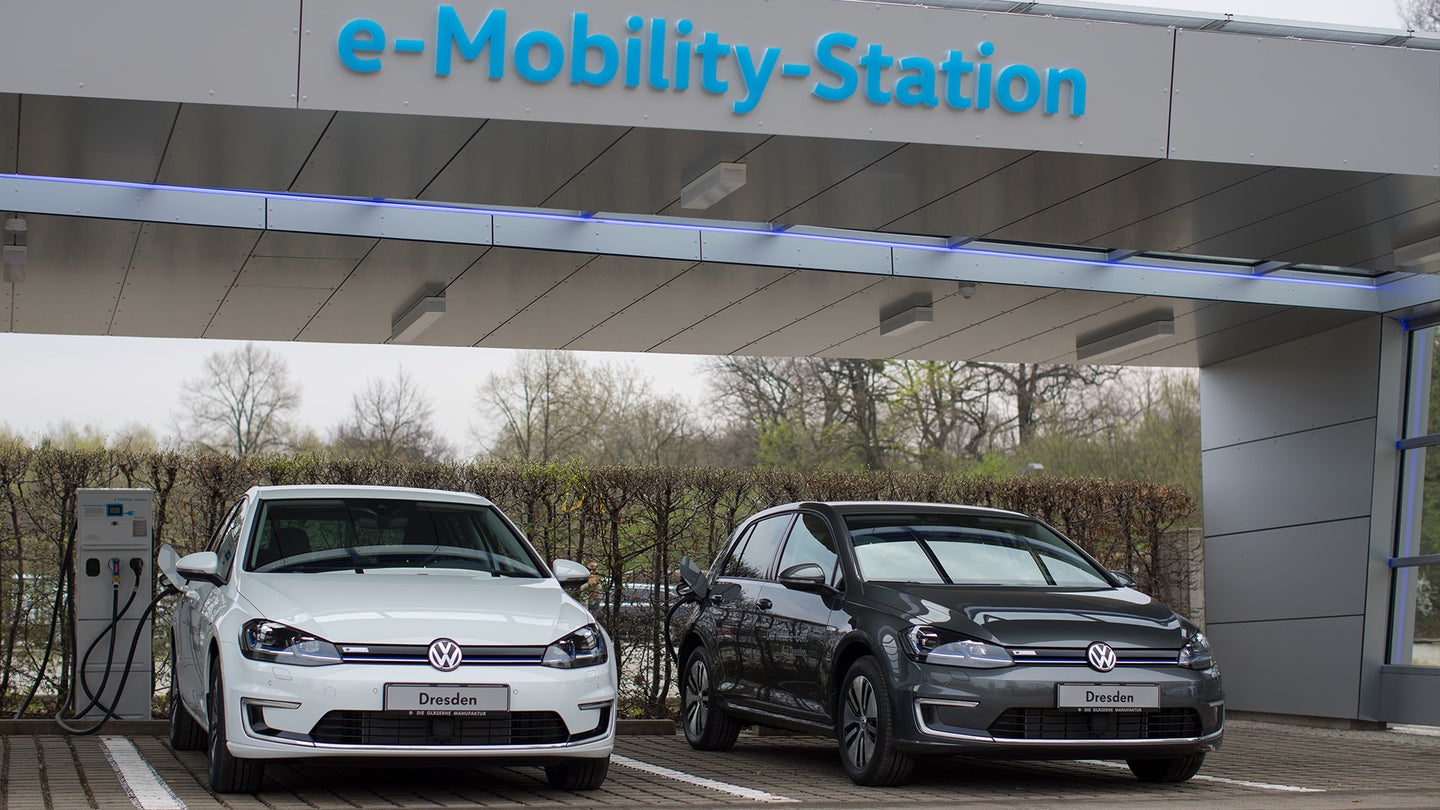 This week has been big news for the electric automotive industry. With more and more electric concepts popping up seemingly daily, eventually the infrastructure of charging stations will need to meet the on-the-go demand of the average American consumer. If this doesn’t happen, it's safe to say that electric vehicles might never take off the way they potentially could. Luckily, as part of the recent settlement over Dieselgate, Volkswagen has come up with a plan to expand and solidify a way for EVs to get the power they need.

If you’re not familiar with Volkswagen’s recent lapse in judgement, let me give you the skinny. After being caught duping emission tests worldwide in September of 2015, Volkswagen has gone through lengthy legal troubles in order to clear the auto manufacturer’s name of longstanding liability. After pleading guilty, the company paid over $4.3 billion in fines and penalties and had several executives indicted over the scandal which resulted in the offer to buy back 323,179 cars from affected owners.

To help set things straight, the German automaker has agreed to invest money back into the environment to help offset future emission-related problems. As one of its first initiatives, VW has taken a page from Tesla’s book and decided to build a network of fast charging stations. Under Electrify America, Volkswagen has committed to opening up 450 fast charging stations (110 in California alone), as well as over 300 not-so-fast “community-based” stations in Boston, Chicago, Denver, Houston, Miami, New York City, Philadelphia, Portland, Raleigh, Seattle, and Washington, D.C.

Currently, 353 Tesla supercharging stations are operational in the United States. An additional 11 are under construction, and 11 more were recently granted permits to break ground. One of the issues that drivers in less densely populated areas face is the “peppering” of charging stations. For example, if I wanted to travel from the capital city of Harrisburg, Pennsylvania to Philadelphia, I would not be able to make a round-trip without finding a non-Tesla station to charge my car (which is entirely possible, but not all new EV owners would know this; luckily services like PlugShare exist to help).

Some might think that it takes a long time to charge your car—and you might be right. Depending on the technology of the vehicle and the power supplied at the charging station, it could vary greatly. Nevertheless, under optimal conditions, at a 320 kW fast charging station with a compatible car, a full charge could take less than 20 minutes of standby time.

A good step in the right direction if EVs are going to get a large headway. After all, VW has set a goal to build between two and three million electric cars by 2025. Will this help to lift the stain on VWs tie? Maybe, but it will certainly help secure the future of electric vehicles in America.