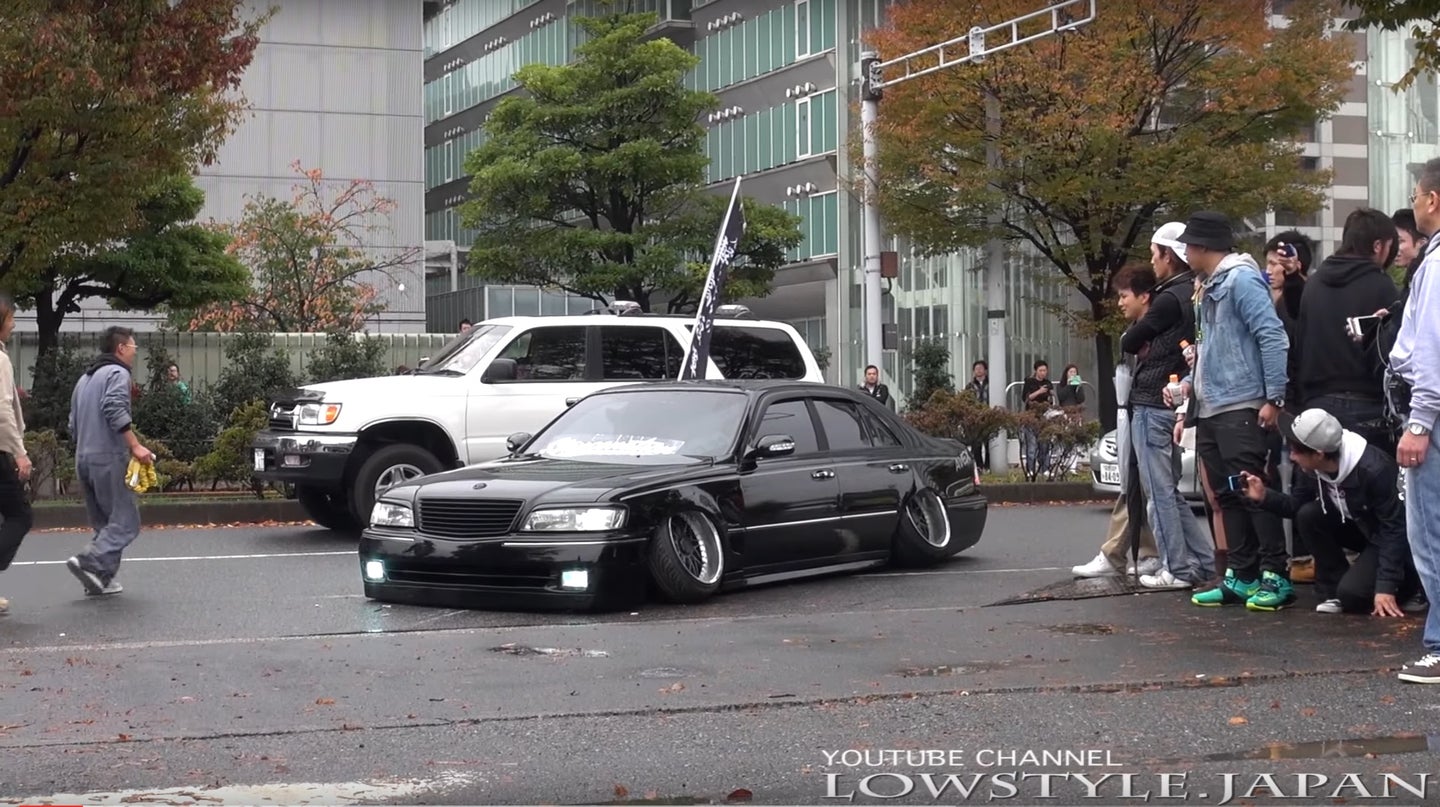 I'm usually the first to embrace and defend all the weird subcultures that exist among tuners, particularly Japan's take on VIP, aka "Bippu" style. However, when it comes to oni-camber, man, it only hurts my brain.

Oni-camber, or "demon" camber, is the most extreme form of Bippu style in Japan. And if you're really "about it," then you wouldn't wimp out with air suspension to make it easier to climb over ramps or speed bumps. No, true oni-camber is paired with a static setup.

Not a lot of context is needed for this video clip via YouTube channel Lowstyle.Japan—an oni-camber Y33 Nissan President (the Infiniti Q45 for us Americans) is trying to make it up a normal driveway ramp but gets stuck in the process. An army of people try to push, pull, and shove this massive beached whale forward, but it's properly stuck.

Finally, a helpful gentleman offers to attach a rope to his car and pull the President up. Sadly, the ordeal goes from bad to worse when the hook on the President snaps off....and whips into the back of the poor Samaritan's car, shattering his tail light.

Check out the shenanigans below: