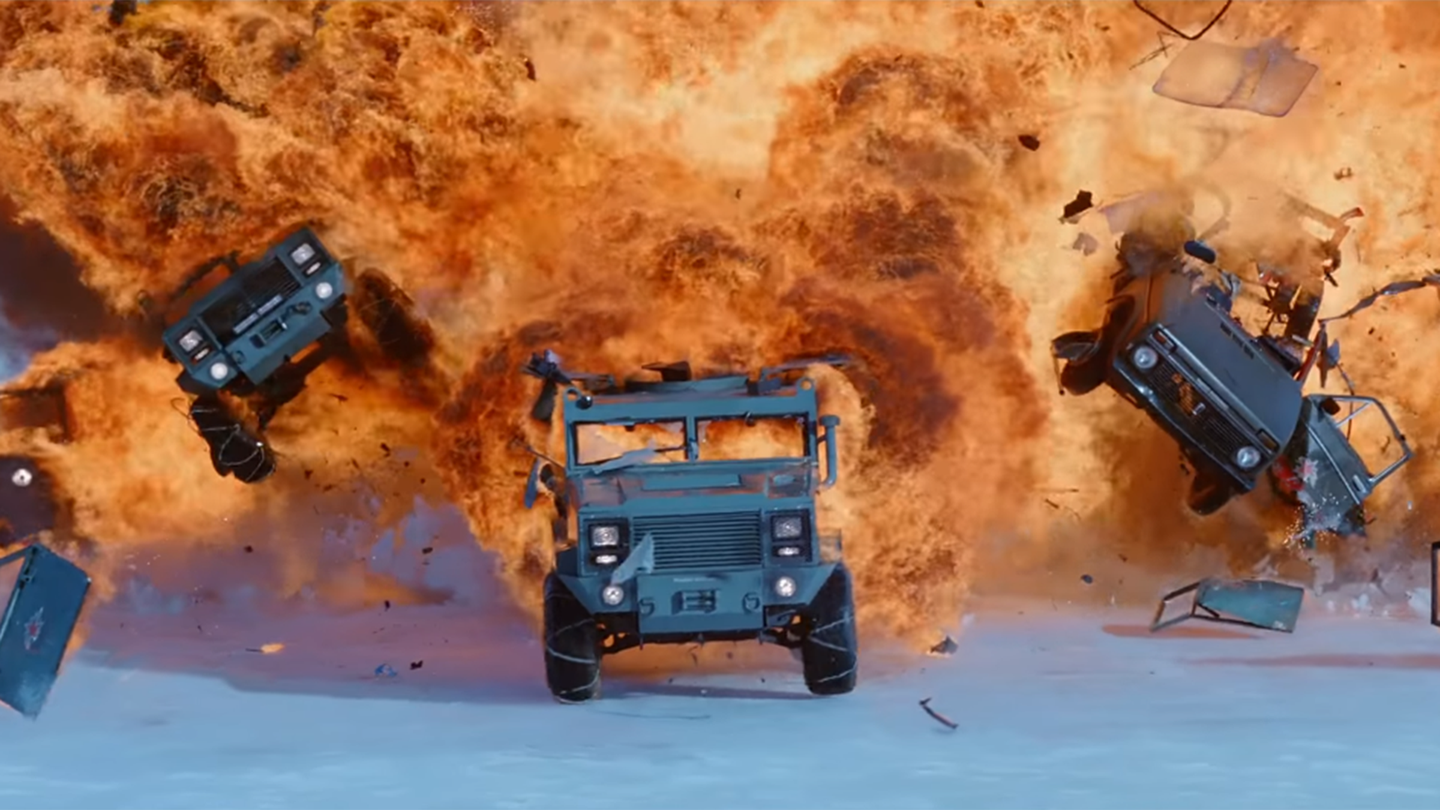 If you've ever watched one of the recent "Fast & Furious" movie and marveled at just how much stuff Dom and his crew seem to destroy in two hours, well, have we got some charts for you. With the impending arrival of The Fate of the Furious, British insurance company InsuretheGap sensed people might be curious about the cost of fixing all the wreckage thus far—we're talking adding up everything from starring cars to the twentieth police cruiser wrecked during the thirtieth chase—so they sat down with a classic car consultant to crunch the numbers.

And boy, these are some results. We'll start with the highlights: the crew has destroyed over $522 million worth of cars, infrastructure, and buildings in their exploits over the course of the first seven movies. The most expensive single car ruined was the $3.4 million Lykan Hypersport in Furious 7, which you'll remember from the insane Abu Dhabi chase scene. Cast member Jason Statham's character is by far the most destructive, responsible for over $180 million of the total alone—a lot of that coming in Furious 7 as well. Then there's the monumental increase in damage starting in Fast 5 and hardly slowing down since.

The company also broke things down further, taking their assigned categories of damage and figuring out how much the main characters contributed to each. Dom appears to have a well-balanced diet of destruction, while Brian was limited to mostly cosmetic car damage in his time. Letty ruins more buildings than cars, while Mia hasn't put so much as a scratch on a vehicle.

The charts make it clear that, since Fast 5, the franchise has staked its future on epic displays of destruction. How will they keep the numbers climbing in The Fate of the Furious? Only two more weeks to find out.