The Only Classic Rig at Amelia Island 2017

One of the world’s oldest known FJs! 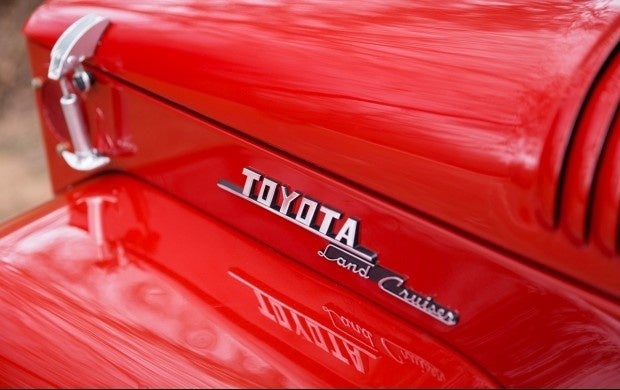 The classic FJ is an iconic silhouette recognized and respected by many off-road enthusiasts. The famed FJ 40's predecessor, the FJ25 was originally a vehicle used by the military. Its civilian versions were a direct competitor for the Willys Jeep and played an integral role in Toyota's introduction to the consumer vehicle market.

Hailing from Costa Rica, this particular FJ25 up for auction is said to be the third-oldest in existence. Export Cruisers of Costa Rica completed a full frame-off restoration of the vehicle, repainting it the original Carnival Red hue.

The FJ features a 120-horsepower Inline 6-Cylinder engine with a single Aisan carburetor mated to a four-speed manual gearbox. Certainly not comparable to the rigs of today but respectable for its day.

Gooding & Company estimates this Toyota will bring upwards of $130,000 at auction. Click here to watch their live feed this weekend!