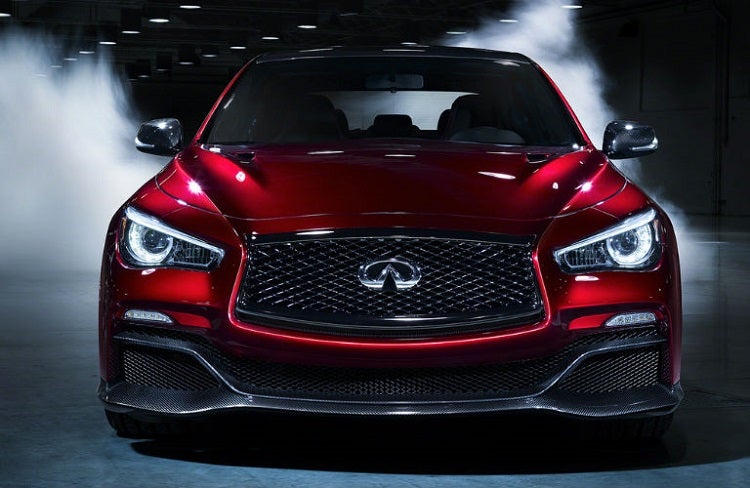 The Renault-Nissan Alliance is busy. They've been tasked with reviving Mitsubishi, developing autonomous tech, and going electric all at the same time, certainly a big task for just one manufacturing group. On top of that, they've got to keep refreshing their current models to stay relevant. Seems like a lot, right? The 2018 Infiniti Q50 is their latest new model and with redesigned styling and ProPILOT capabilities, they hope to keep their best seller going strong through the company's transition to the new age.

The previous Q50 was starting to show its age as it was introduced back in 2014. The newest model features a list of exterior changes and driving technology additions in order to compete with one of the toughest categories -- luxury sedans. BMW, Lexus, and the likes make it especially tough to get by, but Infiniti feels this Q50 is up to the task.

For 2018, the Q50 gets subtle styling differences to set it apart from those of years past. The headlamps gain an LED signature that develop a stronger road presence while the tail lights receive new graphics as well. Generally speaking, it's more of a refresh than a redesign. The specifics are different while the car's comprehensive design stays largely the same.

Infiniti looked to bring the car's cabin up to standards to rival that of its German counterparts. With BMW seemingly introducing a new accessibility feature at every turn, it takes a lot to keep up. It incorporates some bits from the Q60 brother, adding more luxury the mid-range sedan.  A sport themed shifter and steering wheel make their way into the interior as well, complimenting the car's performance focused powertrain options.

The star engine finds its home in the Red Sport 400. As the name indicates, it's a 400 HP twin turbo V6 that steals the show for the Q50. A turbocharged four cylinder will be the volume choice with a hybrid model being available as well. By offering a range of engines, they look to hit as many markets as possible -- from average consumers to enthusiasts.