Sometimes it takes 86 years of suffering to write a $30,000 check. This is the story of Tony, the 2004 Boston Red Sox, and a Volvo S40 that was the rolling embodiment of a money whore 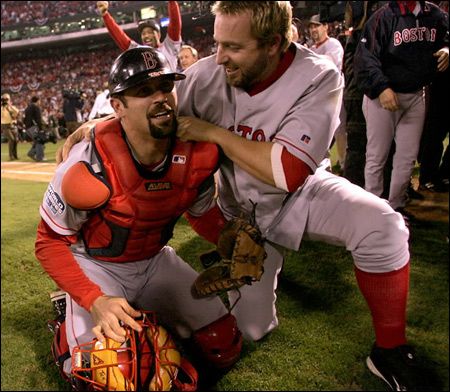 It was October of 2004 and Tony Pagliarulo finally had his childhood dream come true.

The Boston Red Sox were World Series Champions.  From The Curse of The Bambino, to the legs of Bill Buckner, the Red Sox had endured one of the most agonizing droughts in baseball history. The worst part of it for a Red Sox fan like Tony had not been the losing, but the near winning. For nearly his entire young life the Red Sox recorded winning season after winning season. Yet they were always just short of a championship no matter how well the team played during the season.

It had been hell for a hardcore fan like Tony who saw 86 consecutive years of brutality within the futility. So when Game 4 of the 2004 World Series started, Tony decided to pray hard and pay hard in the hope that finally his Red Sox would bring the championship home.

"If we win this, I'm going to make my home a Red Sox wonderland this Christmas, and I'll finally sell Scarlet."

Scarlet had been a 1985 Volvo 240 wagon that had been in his family since day one. At this point Scarlet had become a bouncy rusty piece of junk whose only redeeming qualities were its boxy shape and the red brick engine underneath the hood.  When Tony saw Johnny Damon smash a 2-1 fastball over the right field wall, Tony whipped out his checkbook and held onto it until Keith Foulke stabbed a grounder in the bottom of the ninth and flipped it to first base for the final out.

The next day Tony bought this.

A brand new 2005 Volvo S40 T5 all-wheel-drive with every option that could be lavished on the Swede steed. You name it. It had it.

From a stereo system that would make any Audi A4 owner envious, to an advanced safety structure that could keep Tony and his young family safe from the worst of New England drivers.

Tony had his Volvo serviced at a place called The Good News Garage. A local dump that most cheapskates and Volvo aficionados chose because after a few years on the road, every Volvo owner in the area was in dire need of good news.

These Volvo S40 models were money whores,  and the T5 model with all-wheel-drive was the worst of them. Premium gas was required unless you wanted a burnt valve . The Haldex all-wheel-drive system required that all four tires be within 3/32's of each other with their tread. One blowout could equal four new tires in a part of the world where used tires were about as accessible as a Waffle House.

The 150k service was a bitter $2000 financial divestment and the constant need for new suspension components added another $2000 to that total.

It didn't bother Tony one bit. Yes he was a little bit nuts. But Tony looked at it this way. He could spend $100 on maintaining a car he loved, or he could spend $400 a month driving a new piece of ambiguous androgyny that he couldn't give a flip about.

The Volvo had every service done. Every oil change. Every timing belt that required a four-figure payout. Tony gave it annual details to keep it looking sharp and for 325,658 miles it did just that.

Last October, Tony's wife Melinda was wearing her favorite Cubs cap and watching Game 7 of the  World Series. Melinda's late father, Harry,  had been a Cubs fan his entire life and never saw them win the World Series. Not even once.

"Hey Honey! If the Cubs win we're buying another Volvo!"