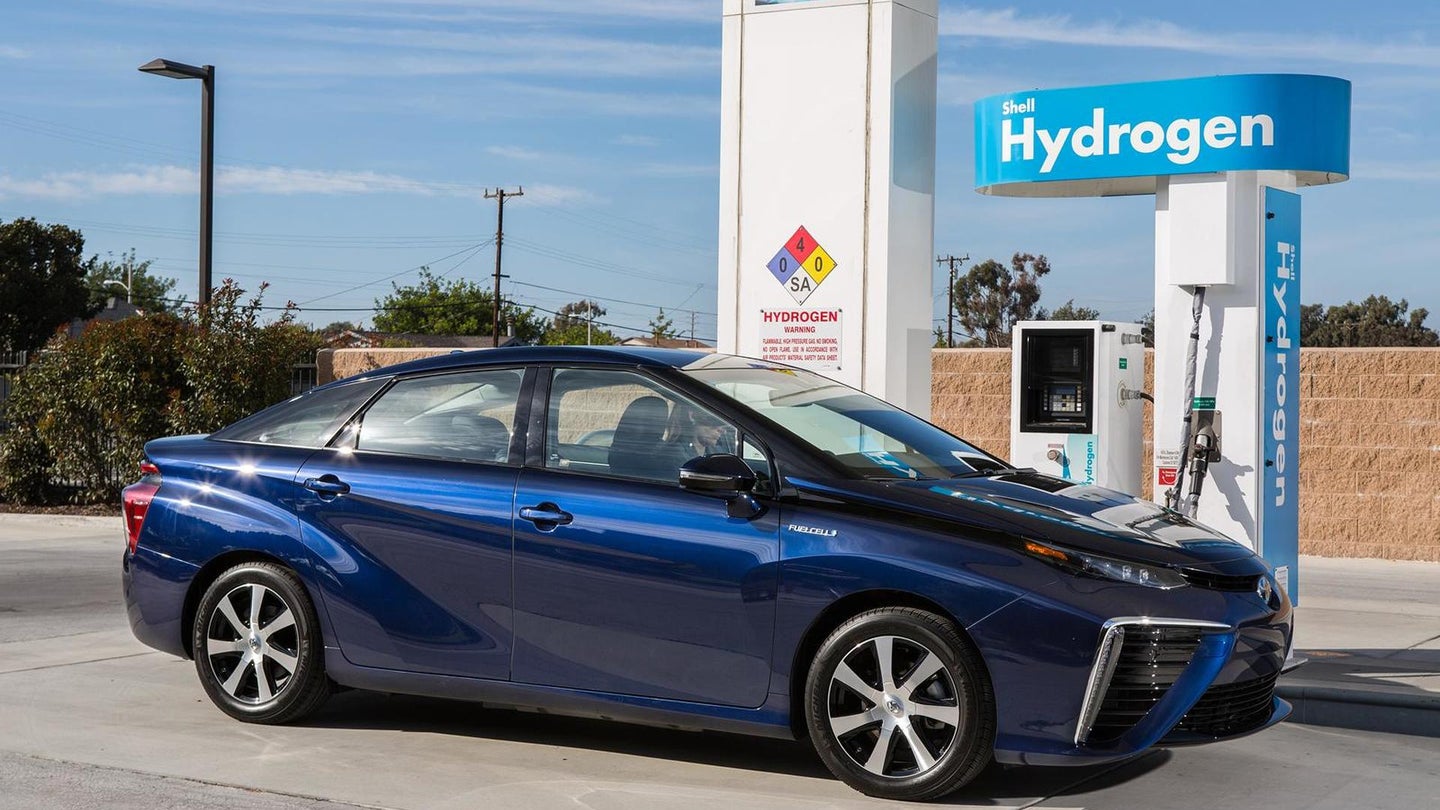 Even with the rapidly growing EV market in America, we've seen more manufacturers set foot into the alternative fuel segment than years prior. When compared to electric-only autos, hydrogen powered cars have a few advantages that make them worth while competitors including longer range. A major setback for fuel cell vehicles is infrastructure, meaning there aren't many hydrogen fill-up stations around; only 25 in the state of California. Toyota has been an active member of the hydrogen community, leading a council regarding the alternative fuel and producing the Mirai Fuel Cell, one of the few CNG cars available here in the States.

To build on their investment even further, Toyota has now teamed up with Shell (yes, that Shell) to build more hydrogen stations in the U.S. Although this move seems uncharacteristic of Big Oil, it could be a constructive strategy for the company's future. Whereas electric cars are taking away the oil giant's business, Shell looks to become part of the hydrogen landscape to combat those losses. And who better to do it with than Toyota, one who has been gaining ground in the segment over the past year.

Toyota's Katsuhiko Hirose told Automotive News "The enemy of the enemy is a friend." Laughingly, that seems to be the case with this situation. Both parties share a common denominator of looking to beat out Tesla, which means they'll do mostly anything to make that happen. Elon Musk has a history of discounting hydrogen cars, saying they are "so bullsh*t", which is enough to make an enemy out of Toyota. Shell seemingly feels the same way about the Californian automaker, meaning this was an improbable match made in heaven.

Collectively, Toyota and Shell are forking up a huge amount of cash for the project. They are reportedly investing $11.4 million in hydrogen fueling equipment at seven existing stations. Their efforts may be reinforced by the California Energy Commission as they have proposed an additional $16.4 million to reach a goal of 100 hydrogen filling stations in the state by 2024.