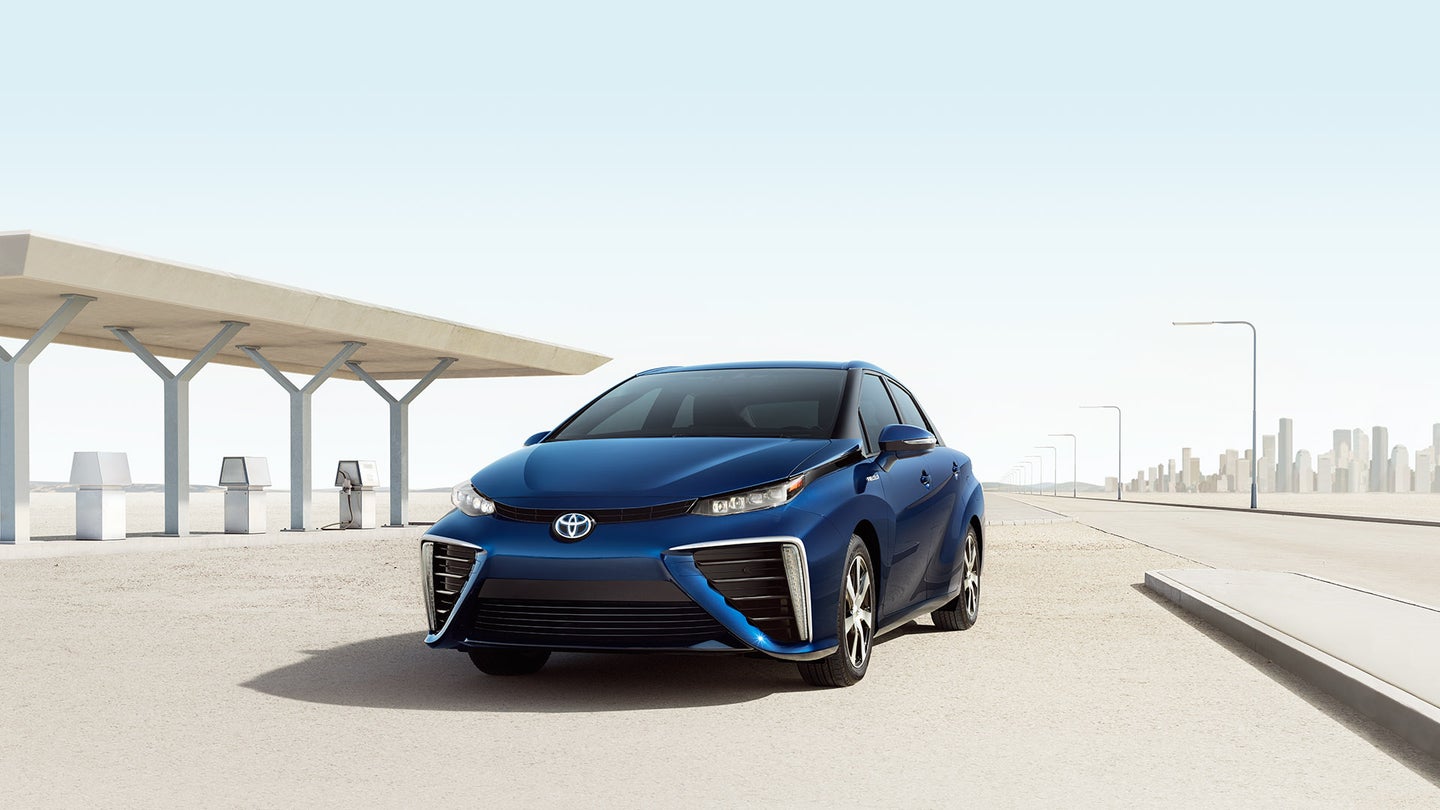 Lurking in the EV's shadows are the hydrogen powered cars of tomorrow (and today). While some may discount fuel cell vehicles as an inconvenient alternative to gasoline and even electric cars, the idea is gaining traction with several major manufacturers including BMW, Honda, Hyundai, and Toyota. This group of automakers are joining together to improve fuel cell powered vehicles as well as their infrastructure support to provide a feasible network for potential customers.

The biggest fight is the framework of hydrogen fill ups. As CNG stops are few and far between, it makes it difficult for consumers to justify purchasing hydrogen powered cars. Toyota as well as the others are looking to change that by counseling together for the technology's future. By encouraging companies to support this notion, manufacturers could more easily rationalize the production of fuel cell vehicles.

Toyota has consistently been an advocate for fuel cell technology. They're currently one of the few manufacturers to release a hydrogen powered vehicle, the Mirai, to the American market. It competes with the Honda FCX Clarity and Hyundai Tucson. The company's continued backing of environmentally friendly products is what brought us the Prius, one of Toyota's most successful models of all time.

They're currently teaming up with BMW to develop fuel cell vehicles for both brands. This would bring a unique addition to the luxury segment, a category that is missing the hydrogen element (no pun intended). Both companies have been instrumental in the introduction of electric vehicles to the mass market, possibly doing the same for hydrogen powered cars in the future.

This is all in effort to reduce fossil fuel usage. By focusing on renewable energy, automakers and consumers alike would be less reliant on the stuff that makes up 82 percent of global energy consumption. Collectively, the council will fight to improve the availability and reality of fuel cell vehicles in the future, allowing them to more easily meet EPA fuel economy standards.