A slight refresh for the mid-generation Bimmer. 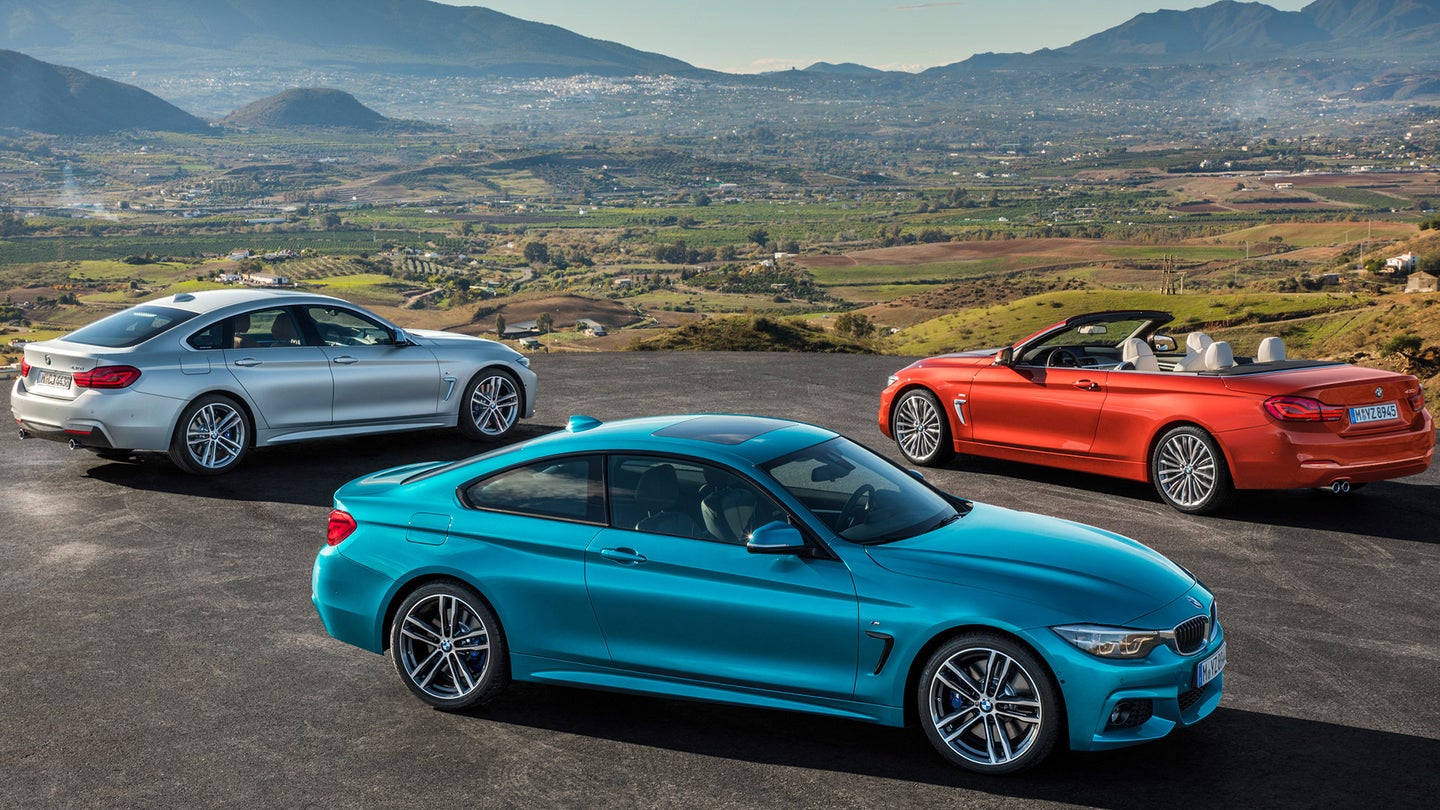 The BMW 4-Series was introduced in 2014, breaking off as the coupe variant to the fabled 3-Series. It was well-received, albeit with a little confusion from enthusiasts, and continued on the 2 door grand touring spirit. The manufacturer has decided to spruce it up a bit, adding fresh and subtle touches to both the car's interior and exterior.

Starting with the exterior, the 4-Series now gains some flair in the styling department from its earlier versions. Bi-LED lighting is standard on the BMW with adaptive LED headlamps being optional, adding safety and tech to the model. A similar theme continues around back with restyled LED tail lights. They've also introduced four different wheel choices that span across the trims. Lastly, for the 4-Series' skin, two unique color options will be available for the next generation: Sunset Orange and Snapper Rocks Blue. These paint schemes are specific to the 4-Series, making them an exclusive choice for potential owners.

For most customers, the interior will be the star. As you'd expect, BMW has to swing for the fences to keep up with the other German luxury manufacturers. In order to do that, they've rejuvenated the 4-Series cabin with more incremental improvements. The newest iDrive infotainment system will make its way into the car, offering display tiles that can be customized by the driver and passengers alike. This revamp is said to be a large improvement from the last interface, making it more user-friendly. High quality leather seating is standard, of course, with gloss black or real wood accents being available. You'll also get an upgraded sport steering wheel to compliment the 4-Series improved driving dynamics.

BMW sought out key aspects to enhance the 4-Series' handling and powertrain options. The manufacturer says the model will "now come with a stiffer suspension set-up delivering even sportier handling without any loss of ride comfort." This applies to each of the 4-Series variants including the Gran Coupe and M4. Paired with the car's potent powerplants, we should see a significant development of overall feel.

These improvements should keep the 4-Series kicking at its luxury competitors. By reinvigorating the car's aesthetics and amenities, BMW has managed to refresh the model without overdoing it. The 4-Series' thoughtful touches set it apart from other comfy coupes, making it a hopeful home run for the Bavarians.