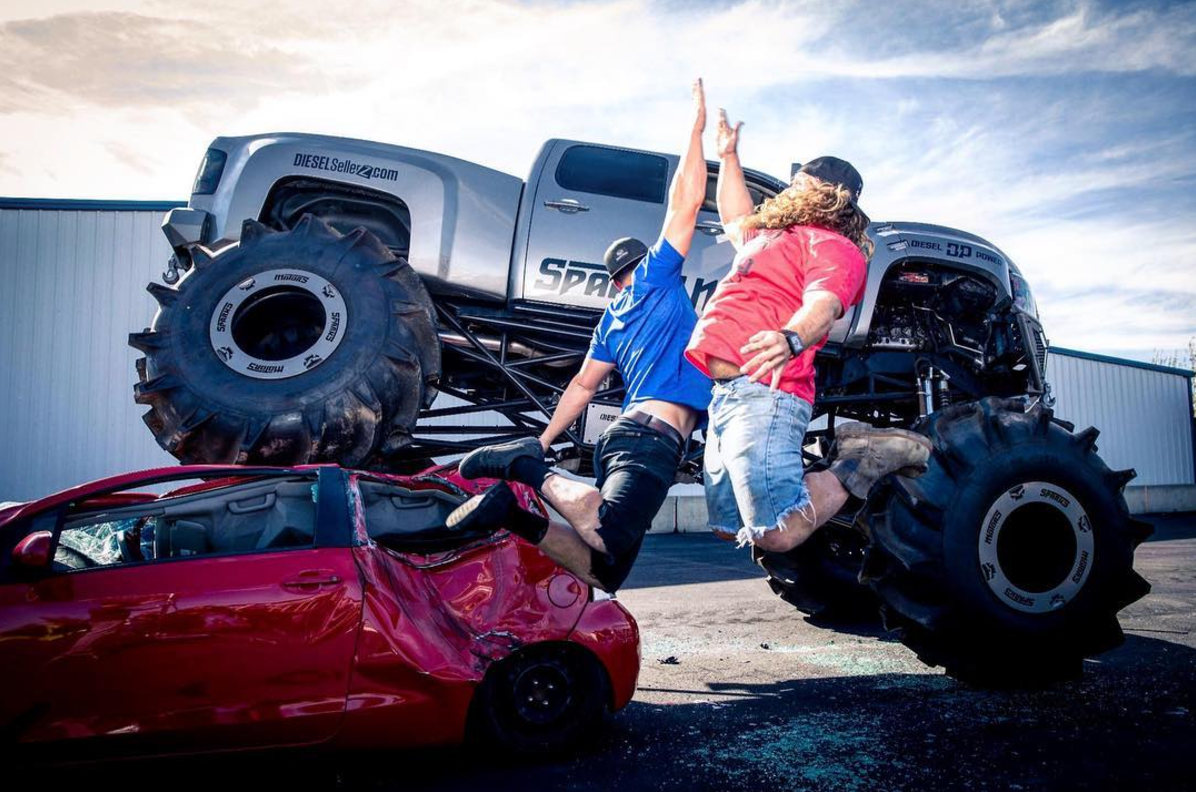 Season two of Discovery's hit show, Diesel Brothers kicked off last night (after a slow new episode of Fast 'N Loud). Last season, the show racked up more than two million viewers per episode, deeming it the network’s highest-rated new series in years. The chemistry between the characters, outrageous builds and educational diesel information really make this show something any car/truck guy can watch. I laugh and learn something new every episode.

The first episode of the second season went a little slower than expected but that's how most of our favorite shows tend to play out these days. After seeing the Marshawn Lynch promo, I was expecting a bit more action. The episode primarily featured their race truck build and a new giveaway monster truck.

The resident engine builder, Chavis has been transforming his Silverado into a diesel monster for years. Episode two delves into the shop's interest in getting Chavis' truck prepared for the Ultimate Callout Challenge which awards the top performing diesel truck in three competitions: Dyno, Sled Pull and Drag Race. As with any build of this magnitude, there were countless complications. After blowing up two $14,000 transmissions - one on a test run, one on the dyno - they decided to tear down the $100k motor. Chavis ultimately finds out the triple-turbo motor had a bad injector and the entire bottom end had to be rebuilt. The crew ends up being disqualified for the Ultimate Callout but saves face by getting the truck down the track for a test run in which they achieved a 9.2-second time in the quarter mile. Not bad and better luck next year! This is another reminder that building custom and/or fast vehicles usually yields little reward in relation to the time, money and effort put into the project.

Heavy D scored a sweet deal on a 2008 Silverado 2500HD that he imagined would be a quick flip for some serious profit. However, after his team realized there was extensive frame damage among other issues that would prevent the truck from ever seeing pavement again, Heavy D decided to take his lemons and make a little lemonade. Thus, the next giveaway build was born as they decided to create their first off-road-only giveaway build. Most of the episode dealt with constructing a sub-frame for the vehicle and I imagine the build will last at least another episode or two.