What Car Are You Most Looking Forward to in 2017?

The delicious wait for a glimpse, a drive, or the keys. 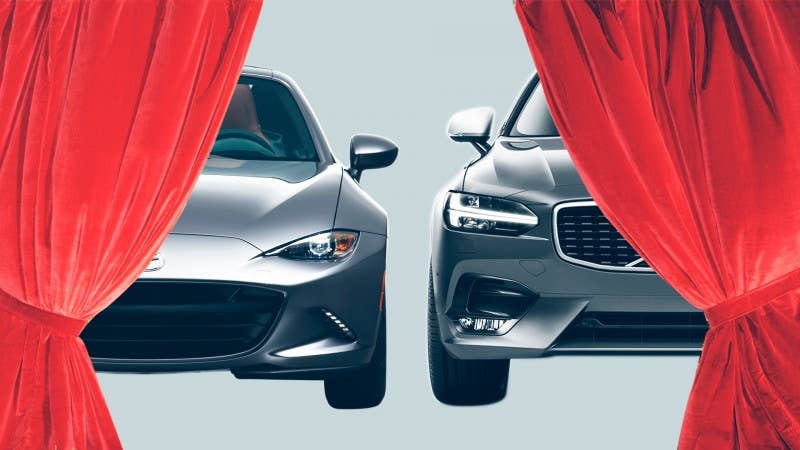 Much of an auto enthusiast’s life is spent dreaming, and setting Google alerts. Posters, digital or otherwise, are the flags of our people. Race car drivers, mechanics, and engineers aside, most of the us spend the majority of our days elbow-deep in the mundane machinery of the office—laptops, corded phones, swivel chairs. Feet on the carpet, head in the quilted leather clouds of Bentley ownership; keys to the Civic in your bag as your monogram your initials into the Alcantara of a Porsche 911 R on a digital configurator.

As such, excitement comes not from metal in the hand, but on the mind: cars we can’t wait to see, drive, or possibly even own. As ever, a mind’s evocation of an experience can be more pleasurable than the experience itself; ask anyone who’s piloted icons like the Mitsubishi Evo, Lamborghini Countach, or Mustang GT500—often, the clammy-handed anticipation far outstrips the foot-on-the-pedal event. Had I only ever dreamed of driving a Mercedes-AMG GT S—rather than actually sitting, claustrophobic, frightened and deafened in Mercedes’ low-slung battle tank—I might still love it.

So, in the spirit of automotive dreams: What car are you most looking forward to in 2017? How many cylinders drive your fantasy? From what country hails the Car You’ve Been Waiting For? Around The Drive’s office, folks have pinned advent calendars to the first drive of the new Ford GT, the reveal of the upcoming, AMG-powered, stick-shifted Aston Martin Vantage, or maybe even the purchase of the rakish Mazda MX-5 Miata RF. The keg-toting among us are salivating—over beer and cargo capacity alike—for the upcoming Jeep Wrangler Pickup; the aging uncles with high-paying attorney salaries are shucking off Brioni sport coats in lusty preparation for next year’s BMW 5-series debut.

For truck-lovers, 2017 will bring a new Land Rover Discovery and jazzed-up Lincoln Navigator, though absent the concept’s space-worthy gullwing doors.

Me? I’m yearning for a big, saucy wagon. The knee-weakening Volvo V90 should make it into showrooms by the year’s beginning, and a Porsche Panamera shooting brake, unless all those spy shots are a ruse, should hustle into our lives late 2017. I shiver with anticip—