They're massively important, often overlooked, and...hey, is that Fabio? 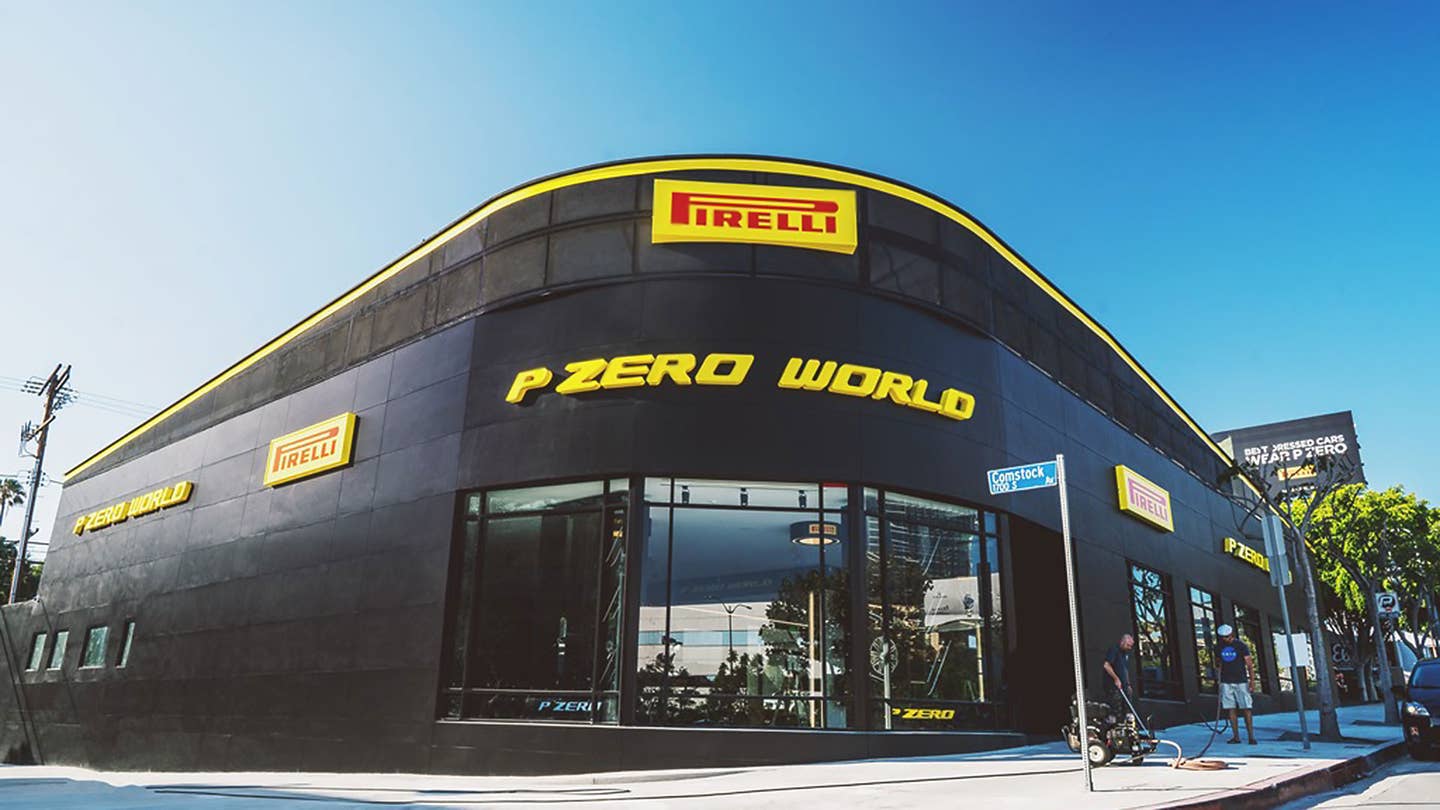 CJ Wilson’s iridescent McLaren P1 is chilling at the curb, basking in a Beverly Hills sunset while the Angels pitcher jokes with passers-by. The deep-gloss carbon body of a Lamborghini Centanario fills the doorway, and a Pagani fills the window. Matt LeBlanc and Chris Harris, two-fifths of the rebooted Top Gear team, mill around near the carbon-wrapped bar, and then the Red Bull F1 roller, and then the giant photographic prints of nearly nude celebrities.

This is a tire shop. Tonight, there’s a bar tucked into one service bay and Fabio holding court just outside another, but make no mistake, this is a tire shop. It’s a flagship, and an experiment in what may be the hardest thing in the world: Finding a way to make selling tires sexy.

They’re the most important aftermarket accessory purchase on your car. For performance. For safety, and fuel economy. They’re the sole contact point for all your horsepower, the vector for the braking forces generated by your fancy carbon brakes. They’re everything. They’re also commonly the most neglected aspect of automotive performance, the sales process long since relegated to fluorescent-lit hives of under-informed hourly-wage hacks just happy to have a job out of the sun.

Pirelli’s P Zero World is certainly different. It won’t always bustle with the chatter of celebrity car owners, like it is at its opening, but it will cater to them. And it will cater to their exotic cars, as well, with their unusual lift points and their expensive rims. It will continue to display the good and the exotic in its long glass windows that look out onto Santa Monica Boulevard. It’ll make the humble tire a little less humble. That’s a good thing.

It will take that type of thought-change for the retail outpost of an Italian engineering company to last in the celebrity-driven glare of Los Angeles. With its pervasively careless car culture, LA is at once Pirelli’s most discerning and its most indifferent market. The kind of place where exotics are street-parked, and where a set of tires might see a car through several owners. Maybe it’s a change in thought that’s a little overdue.