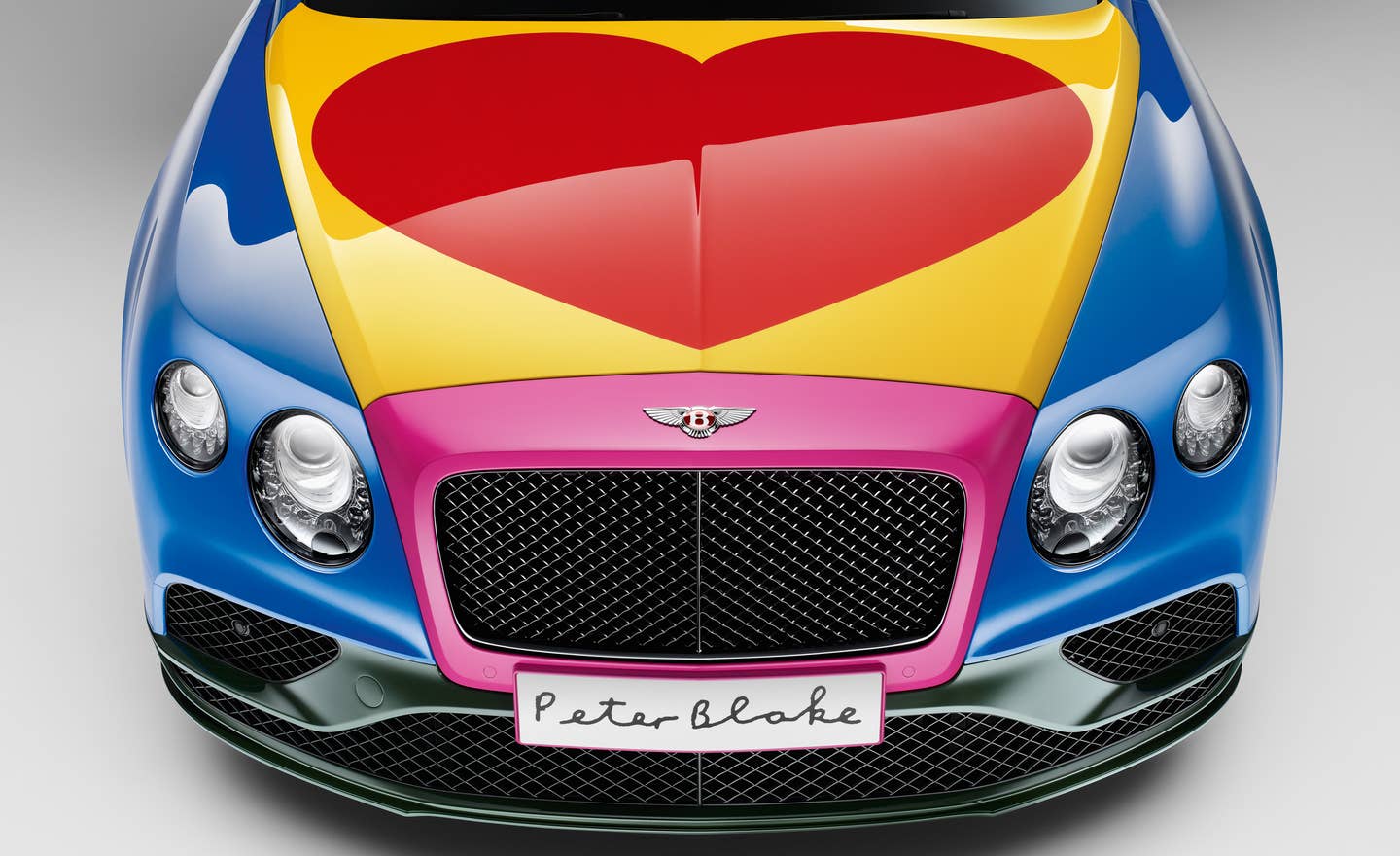 You could say Sgt. Pepper's Lonely Hearts Club Band is the most important rock ‘n’ roll record ever made. You wouldn’t be wrong. The genre’s finest album from the genre’s finest band, right? Sure, but there’s so much more to it. And all of Sgt. Pepper’s endless possibilities—of concept albums, of reinvention, of the zeitgeist—started on the cover. Man, that cover. John, Paul, George and Ringo, all in satin marching band attire, before an audience of cardboard-cutouts, ornate and preposterous and beautiful. Perfect. In 1967, mainstream rock ‘n’ roll, maybe for the first time ever, had legitimate fine art on its sleeve.

It was all the work of Sir Peter Blake. He designed the Sgt. Pepper’s cover along with a slew of other iconic British pop art imagery, from the Fifties to the present. Now, the man has put his considerable talents to work on a custom Bentley, too. The folks at Crewe commissioned Blake to go all pop-art on this Continental GT V8 S convertible. The resulting machine is lovely. Colorful and upbeat, it apes Volkswagen’s old multicolored “Harlequin” Mark II Golf series.

And even if you don’t like the style of the Peter Blake Bentley, you can appreciate the aim: This droptop Continental will be auctioned during the Goodwood Festival of Speed, with proceeds going to Care2Save, a charity that provides global hospice care.