Will Ferrari’s China Theme Park Be Even Half as Fun as Its Cars? 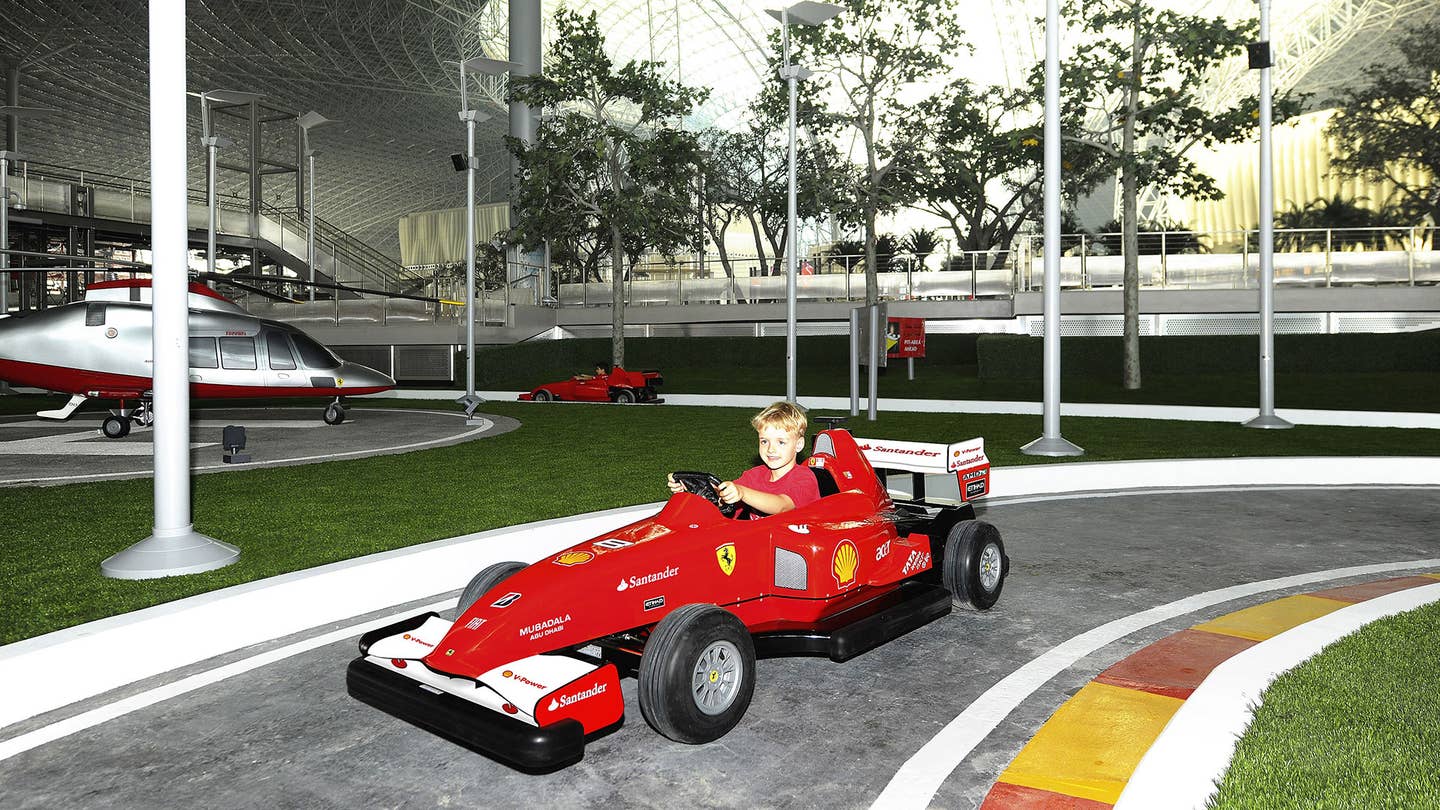 Following the relative success of its heavily-branded venture in Abu Dhabi, Ferrari announced it will be building a theme park in China centered around its cars and associated lifestyle. In a business deal announced last week, Ferrari signed an agreement with China’s Beijing Automotive Group Co and BAIC Eternaland Property Co., the companies that would be responsible for permitting, construction and continuing operation of the park. Despite the name of the first corporation, no Chinese city has yet been chosen, with Ferrari allowing only that it's to be built in a "primary city."

Five years after it was built, Ferrari World Abu Dhabi is one of the country's most popular attractions, and was named the Middle East's number one tourist attraction by the World Travel Awards. Though the latter is clearly wrong, there's nonetheless a strong business case to be made involving any European luxury brand in the robust markets in developing—and economically ebullient—countries like China. The gift shop is bound to be enormous.