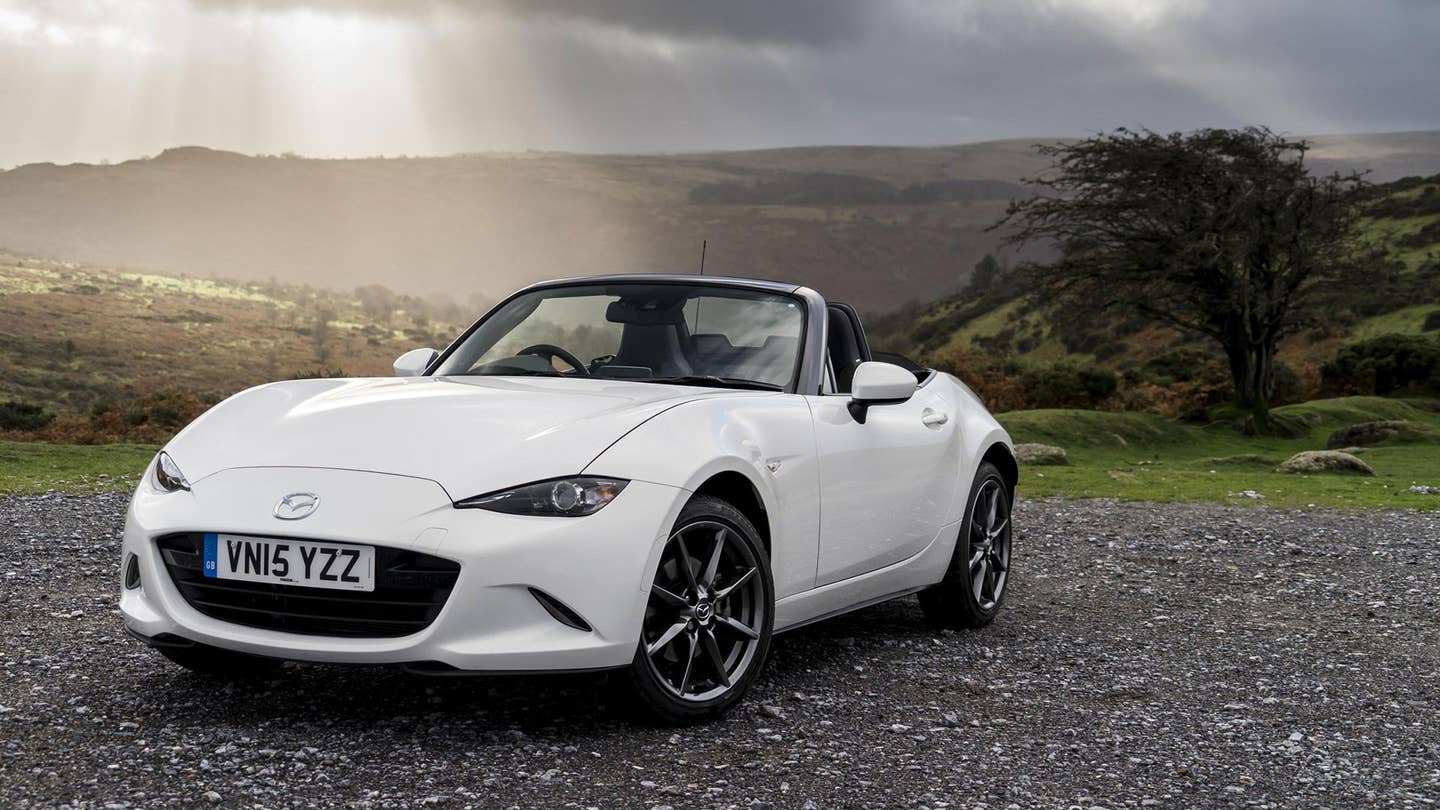 There are no guarantees in life, but this seems about as close to a sure thing as you can get in the automotive world: Mazda has declared they're bringing a new car to the 2016 New York Auto Show next week, and based on the teasing announcement they sent around, it seems pretty damn likely they'll be showing a hardtop MX-5 Miata.

"Help us blow the lid off at the New York Auto Show..." reads Mazda's promotional placard, according to the folks at Autocar. (Hey, Mazda, did ours get lost in the mail, or what?) Considering Mazda's traditional cheeky attitude towards press events—these are the folks who offered up custom-branded Zoom-Zoom energy drinks at the Mazda2 launch back in 2009—they aren't the type to send out a curiously-worded announcement without burying a double meaning in it. Add in the fact that it's been about a year since the fourth-generation Mazda MX-5 Miata arrived, and that it showed up as a replacement for the third-generation Miata's popular hard top, and the time would seem ripe for the car maker to reveal a tin-top version of the beloved roadster. (Actually, if the previous car is any indication, it'll use a polycarbonate top, but that just doesn't roll off the tongue in the same way.)

Mazda confirmed to Autocar last year that the hard top option would indeed be returning for the Miata's fourth-generation, but didn't specify exactly when that would occur. They did spill that the new hard top would be lighter and packaged more efficiently than the third-gen Miata's version; considering the old hard top made the car weigh a mere 79 pounds more than the soft top version, it'll be damn impressive if they can pull that off. Still, in spite of ever-increasing safety standards, Mazda managed to make the new Miata more than 200 pounds lighter than the old one, so they clearly can bust out an engineering miracle when they need to.