What’s On Tap for Frankfurt?

Five German brews to wash back all that motor-show machinery. 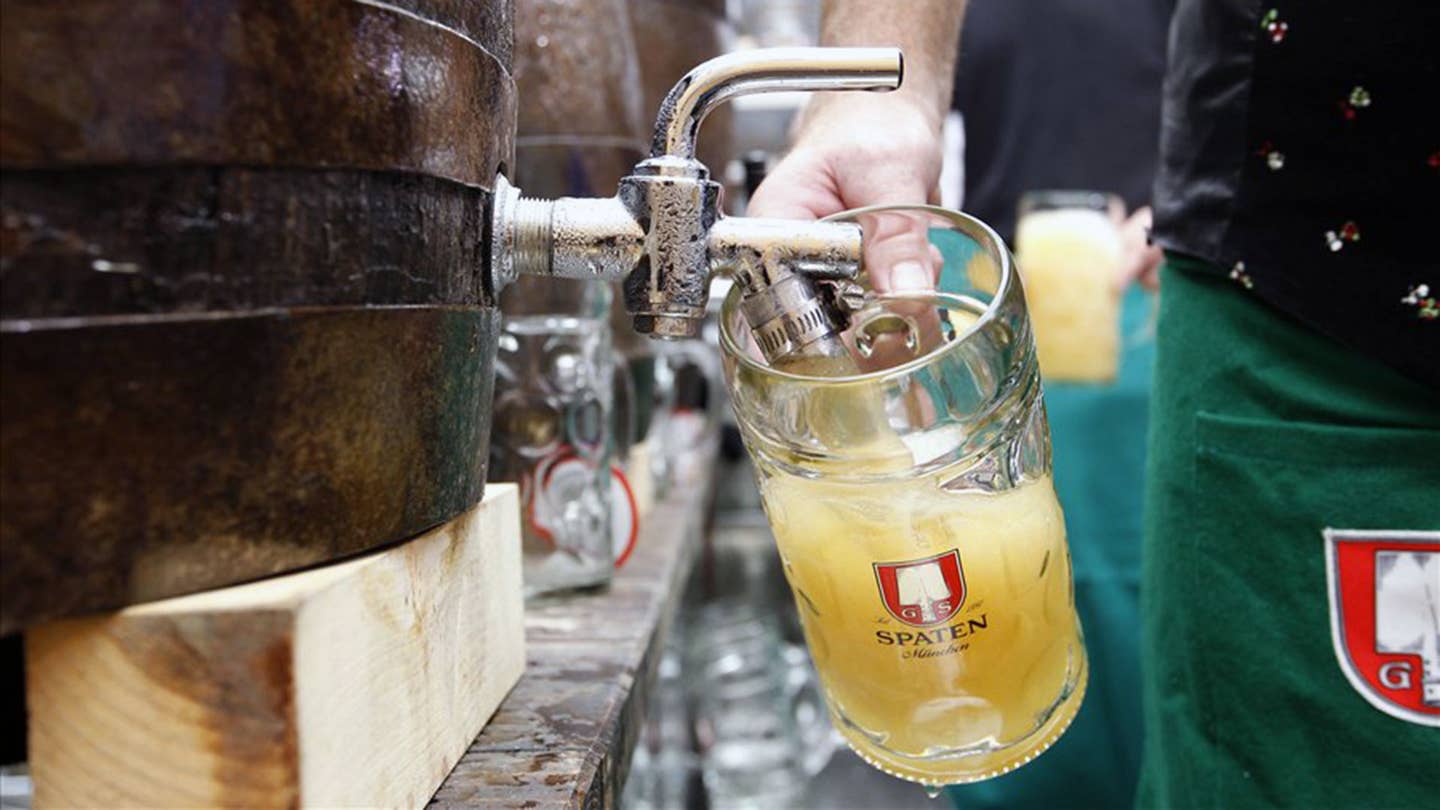 Holy Reinheitsgebot! Germany is a place to party. Which is another reason why the Frankfurt Motor Show—open to the public till September 27th—is a worthwhile destination. This is the motor show where the first Porsche 911 debut in 1963, and there is a Bund’s worth of new icons to covet on display right now. And at night? You can drink like the Germans have for 1,000 years.

Here’s a few favorite German brews, all of which can be found in Deutschland but also here in the U.S.

Brewed not far from the Black Forest—that enchanted woodland home of Hansel, Gretel and innumerable beautiful blondes—comes the great Bitburger, a thirst-quenching delight of classic Pilsener flavor. The brewery is over 200 years old and makes about 4 million hectoliters annually. Macrobrewing at its best! Bonus: Bitburger was a major sponsor of Michael Schumacher’s 1995 Formula 1 World Championship Benetton-Renault car.

This brewery has sat in a monastery atop Weihenstephaner Hill in Bavaria for nearly 1,000 years. Yes, it’s the world’s oldest functioning brewery. The Beer Advocate, meanwhile, rates Weihenstephaner’s wheat beer as the finest mug of suds in Germany. Good enough for us—another, please.

Turns out, people like to turn anything they can lay hands on into an alcoholic beverage. The people of Frankfurt (not called Frankfurters, by the way) live near large apple-growing areas, and they drink apfelwein, otherwise known as hard cider. Thus the Frankfurt Apple Wine Festival, held every summer. Possmann Pure Cider is made in Frankfurt. You can find it over there, and over here.

Right now, this brewery in the city of Munich—which qualifies as ground zero of the beer industry, anywhere on earth—is fast at work churning out liquid gold for next month’s Oktoberfest. (Last year, revelers consumed 1.7 million gallons at the autumnal bacchanal.) Spaten’s brewing history in Munich dates back to 1397—another German classic, worth another pour.

There are two things we love about this old-school brand from Bremen. One, its brews are pretty damn refreshing, especially on a warm afternoon. Two, the world’s best-selling German beer can be found in any ol’ filling station, in dozens of countries around the globe. Never mind that the Beck’s you find here in the U.S. has been brewed in St. Louis since 2012. This is a beer you can remember holding for your dad while you sat next to him with no seatbelt on as he drove to the hardware store. A trip back in time, in a bottle.

Wish You Were Here: Pebble Beach