NHTSA Database Suggests the 2018 Mazda 6 Could Have AWD

Will Mazda bring all-wheel drive back as an option for its midsize sedan? 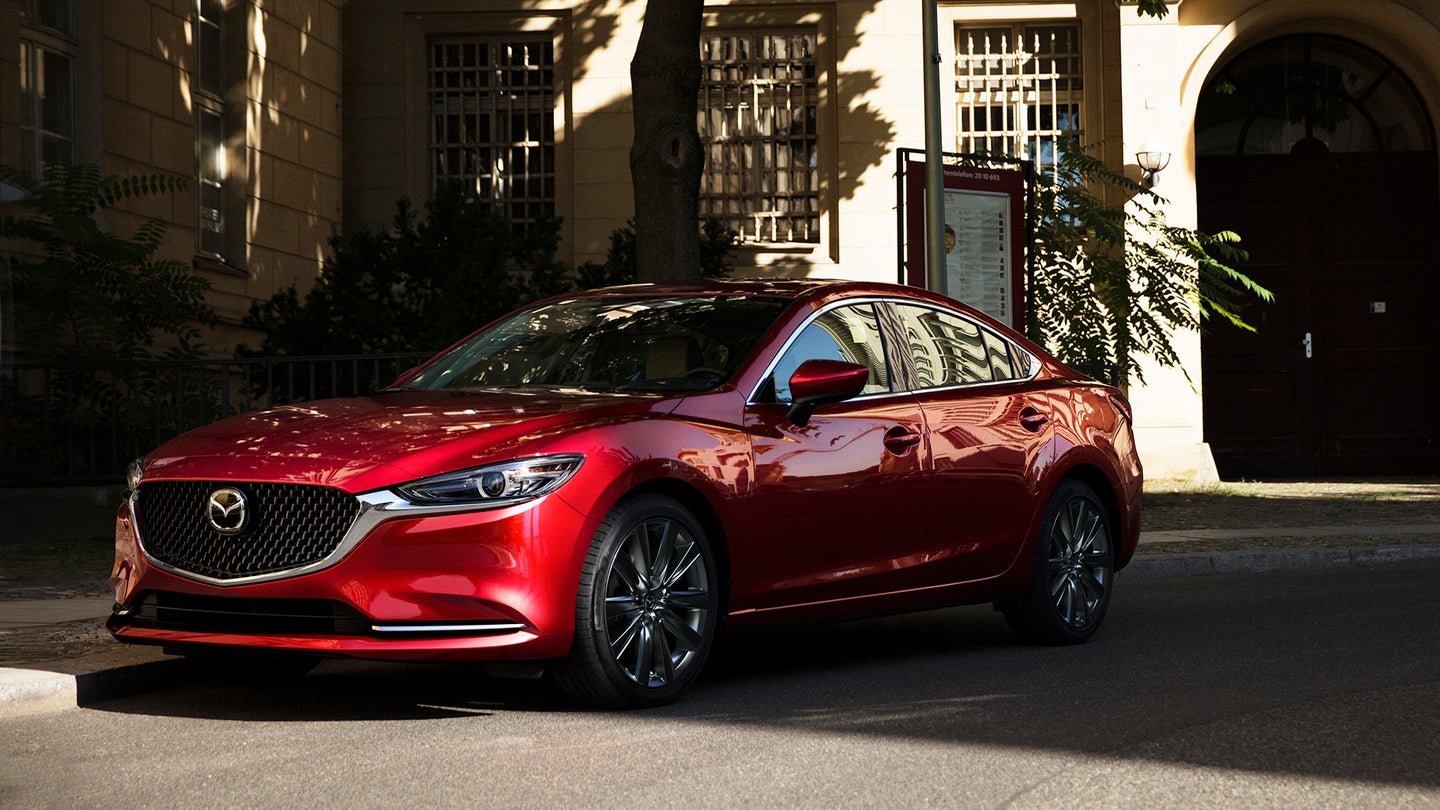 When the Mazdaspeed 6 was discontinued after 2007, U.S. market availability of all-wheel drive on the Mazda 6 evaporated with it. Demand for AWD vehicles has stayed strong, but the options for sporty midsize sedans with all-wheel-drive remain limited. For that reason, a buzz was generated when Motor Trend noticed that the National Traffic and Highway Safety Administration's crash test database listed two drivetrain options for the revitalized 2018 Mazda 6. One with front-wheel drive, and one with all-wheel drive, a variant in which Mazda expressed interest last month. The Drive investigated the NHTSA's database and found that the listing for the 2018 Mazda6 with AWD had been retracted as of Wednesday.

We contacted the NHTSA about the reason for redaction, but no comment has yet been received.

Mazda, too, was the subject of our attention, as we inquired on the NHTSA's listing, and what the odds were that the Skyactiv-X compression ignition engine would be available in the 2018 Mazda 6. A spokesperson declined to comment on the NHTSA's AWD model entry, stating that Mazda was "unable to discuss speculations" about the overhauled 6.

The spokesperson did disclose that there would be a Skyactiv-X event later this month to familiarize the press with the technology and has extended an invitation to our own Kyle Cheromcha. The two-day affair will include a driving demonstration and chances to commune with Mazda engineers involved with the project. It is then we hope to deliver our questions about Skyactiv-X to those with the most complete understanding of the engine's design, and if we are lucky, Mazda's engineers may have lips with looser tolerances than those of its communications team.

Mazda Wants All-Wheel Drive In The Next 3 and 6

Mazda would join Subaru in being the only automakers in the segment to send power to all four wheels.