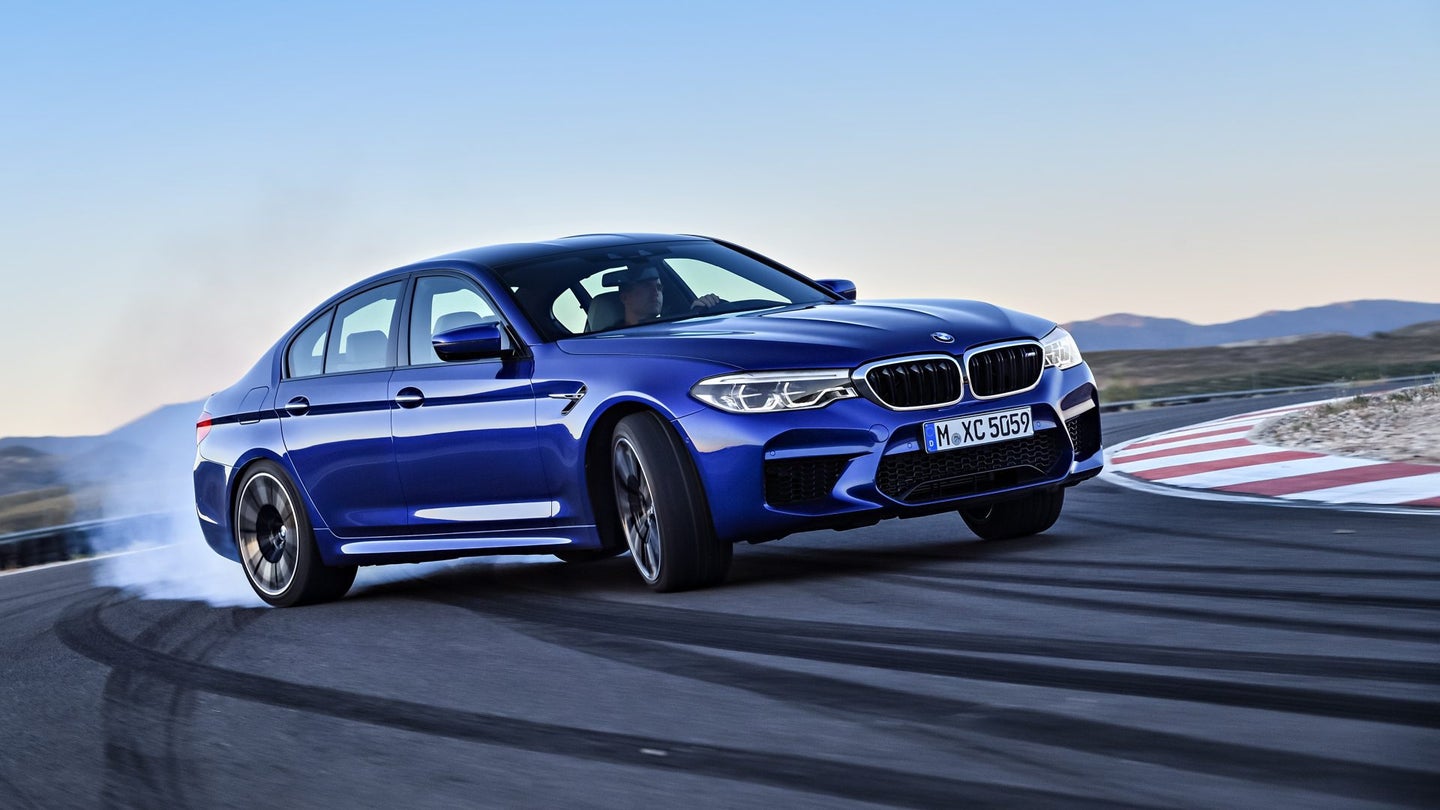 Even though the 2018 BMW M5 isn't scheduled to hit dealerships until next spring, BMW is reportedly already working on a Competition Package for the 600-horsepower sedan.

When Road & Track spoke to BMW M boss Frank Van Meel at the L.A. Auto Show about the new M3 CS and the possibility of a future M5 CS, he replied, "We don't have an M5 Competition today, so that might be an interesting question first before you look at the CS." Apparently, BMW customers are already expressing interest in a beefed up and tweaked M5 and that a Competition Pack that satiates those demands could happen "in the not so far future, theoretically."

The report goes on to say that "in some markets," up to 80 percent of M3s and M4s sold are equipped with the Competition Pack, ensuring us that the demand BMW speaks of isn't just a couple of scribbled notes in the customer suggestion box.

BMW M3 CS product manager Sebastian Maier adds that such an option for the new M5 is "closer than you'd think." According to Van Meel, an M5 Competition Pack would feature similar changes seen in the Comp Packs available for the M3 and M4, offering a small increase in horsepower in addition to tweaks in the chassis and tuning upgrades.

The new BMW M5 is powered by a 4.4-liter, turbocharged V8 and is the first non-SUV M product to send power to all four wheels. After destination, the Bavarian super sedan will start at $103,595. Expect a Competition Package to add several thousand more than that.

The six-figure BMW will have 600 horsepower and all-wheel drive.