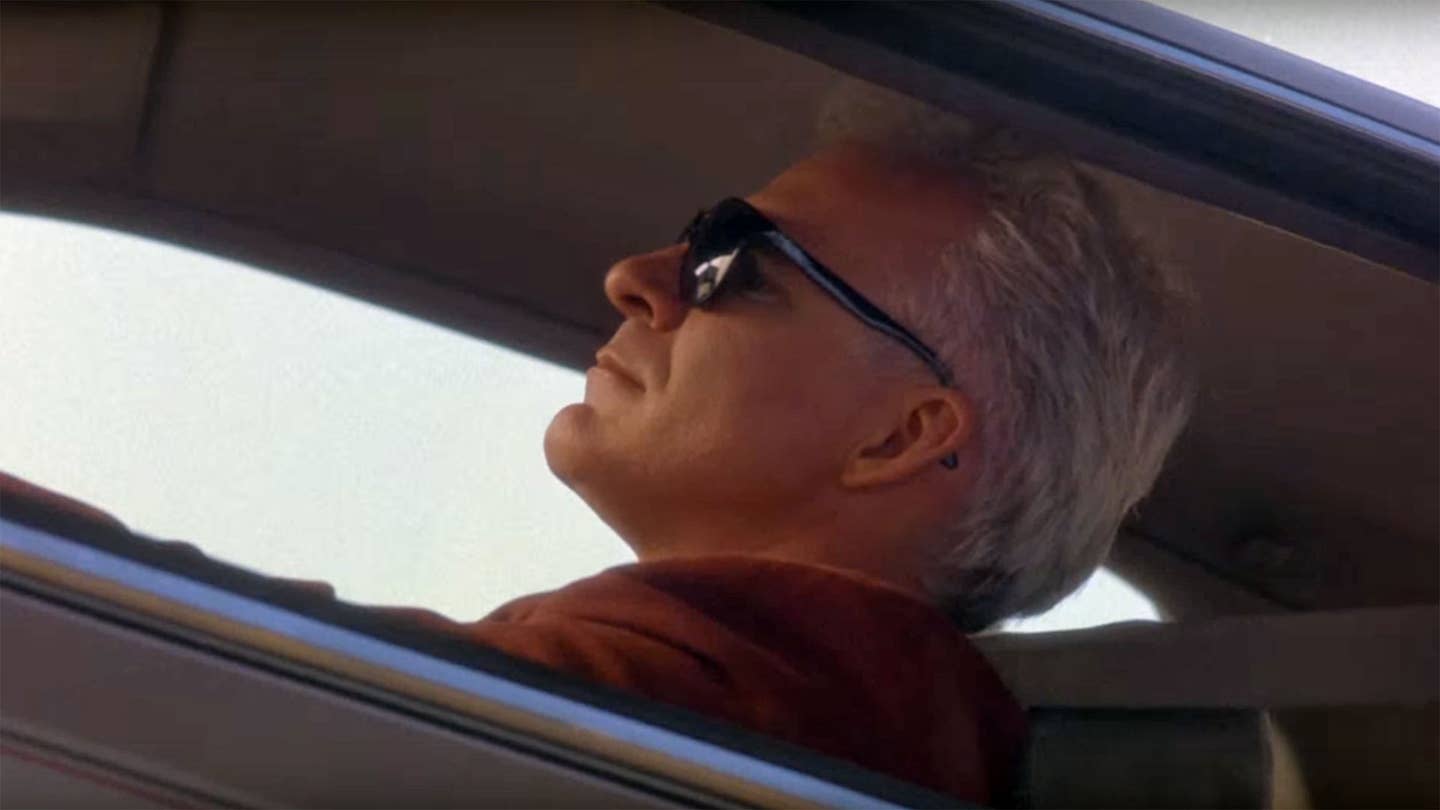 “Nobody walks in L.A.,” Missing Persons sang in 1982. Steve Martin’s recent appearance in “Comedians in Cars Getting Coffee” reminded us—in a very roundabout way—of the lyric, and how squarely the actor skewered Angeleno drivers in his 1991 comedy L.A. Story. But before we go there, let’s have “Coffee.” Here Martin is the affable, Kennedy Award-winning, august man of comedic letters, plying New York’s leafy parkways in an absurdly rare 1954 Siata 8V—one of just 11 made. “This is a car about living life in artful elegance,” Seinfeld says of the Siata. That’s all well and good, but we prefer to recollect Seinfeld's passenger in a less dignified setting. Specifically, kicking up toxic waves of LA River Basin liquid from behind the wheel of a Chrysler LeBaron.

As L.A. Story protagonist Harris K. Telemacher, Martin is a ball of Los Angeles neuroses: a Woody Allen of the palms. His personal demons include infidelity, glibness, and a tendency to shoot first and ask no questions later. But in his silver LeBaron, he is master and commander of Los Angeles County, a cocksure pioneer who knows that sometimes, the best way to get through a traffic jam is to go over it.

RELATED: To Live and Ride a Bus in LA

We all know that the brew in “Comedians in Cars Getting Coffee” can taste stale. The chumminess between Seinfeld and his passengers can feel exclusive, where we’re not so much invited to ride along in the cabin as peer over the bulkhead. That’s why we’d rather go back and watch Martin in the LeBaron, tearing over the hillocks of Hollywood, like the wild and crazy Everyman we all sometimes dream of being.