Tom the Turkey Terrorizes the Streets of Western New York 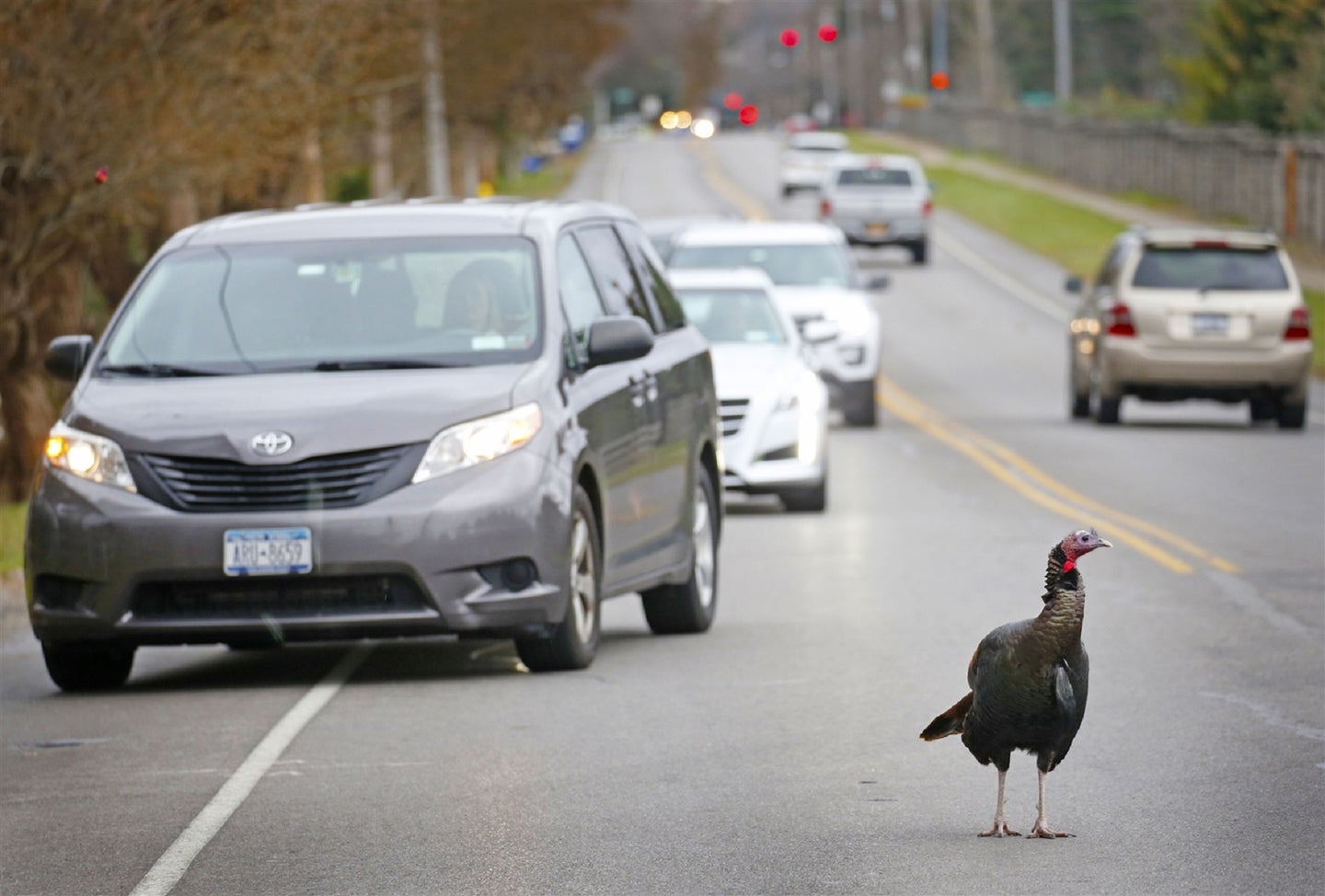 Who you calling Turkey?! Turkey! I can only imagine what Tom the turkey would say if he could muster up more than a gobble. According to the Buffalo News, there’s a fearless wild turkey terrorizing drivers in Western New York. He’s not scared of cars, he’s not worried about people, and he literally flips the bird at Thanksgiving.

He’s a common site at the intersection of Klein and Paradise roads in East Amherst. Drivers say he blocks lanes of traffic, circles around cars mean-mugging passengers, and even pecks at tires. The turkey is famous. He’s even got his own Facebook page.

Of course, wildlife is a pretty common sight to see on the streets of Western New York. Residents are used to seeing tons of deer, racoons and geese on a regular basis. But having an aggressive turkey roaming the streets just before Thanksgiving is strange no matter what part of the country you’re in.

Tom’s been identified as a male Eastern Wild Turkey. Biologists estimate there’s a statewide population of between 35,000 and 50,000. There is a flock of about 30 wild turkeys living in the area but Tom seems to be a loner.

Resident Steve Levy is surprised the bold turkey continues to harass drivers. He said, “He'll just walk up right in front of the cars. He'll start going right by the tires and quite frankly it's really kind of dangerous. I'm surprised nobody's had an accident trying to avoid the thing."

A senior wildlife biologist for the state Department of Environmental Conservation, Emilio Rende, said Tom’s behavior is a bit territorial and more common for turkey during the breeding season in spring and early summer. He also pointed out that Ben Franklin wanted the turkey to be the national bird the US rather than the bald eagle.

Be careful out there in East Amherst. You don’t want to be the guy who loses a game of chicken to some turkey on Thanksgiving.

Well, that’s something you don’t see every day.