Astronaut Named One of Glamour’s ‘Women of the Year’

The magazine’s event honors women in fields including politics, design, entertainment, and space. 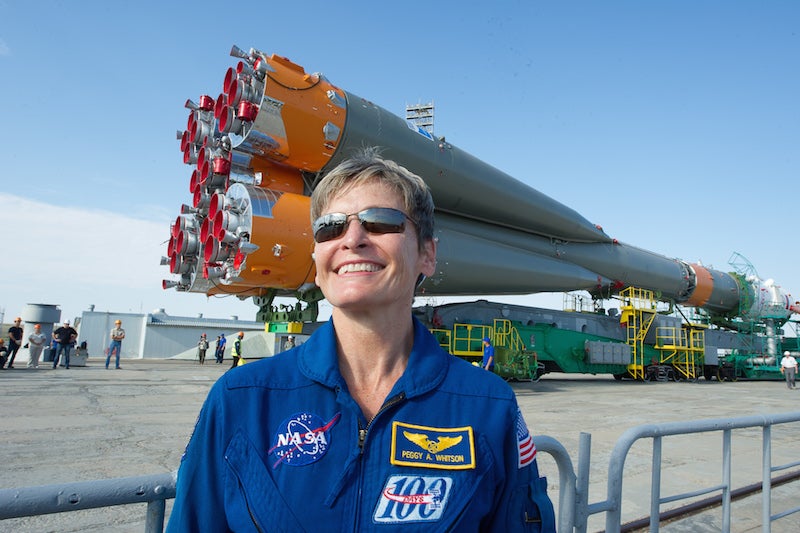 Glamour magazine will host its annual “Women of the Year” summit on Nov. 13. It's an event that has honored and celebrated influential women for the past 27 years.

She may not be as celebrated as others in her field, Whitson, 57, has broken records in a field that is 90 percent male. On Sept. 2, Whitson returned from Expedition 51, a 288-day exhibition that broke the record for the longest female orbit in space.

Whitson holds degrees biology and chemistry and a doctorate in biochemistry. After obtaining her doctorate, she was a research biochemist at the NASA Johnson Space Center in Houston. She started astronaut training in 1996, and has traveled to space a total of three times, first in 2002, then in 2008, and again 2016 for Expedition 51.

A total of 665 days in space earned Whitson the title of for the “longest-orbiting astronaut.” She also has spent the second-most time walking in space, at 60 hours and 20 minutes.

Women couldn’t even travel to space until 1982—that’s 13 years after we sent the first man to the moon. Whitson is proud of her achievements, and said she is humbled to be a part of Glamour’s “Women of the Year.”

The “Women of the Year” summit will take place at the Brooklyn Museum in New York, and will begin with an informational summit during the day followed by an awards ceremony.

Fast 8 director F. Gary Gray isn’t ruling anything out when it comes to where the franchise goes next.