Eiven Cars Is the Least Convincing EV Startup Of All Time

Featuring Wakaliwood renderings of concept cars, claims that its EVs won’t need to be plugged in, and claims of 500,000 built yearly within a decade. 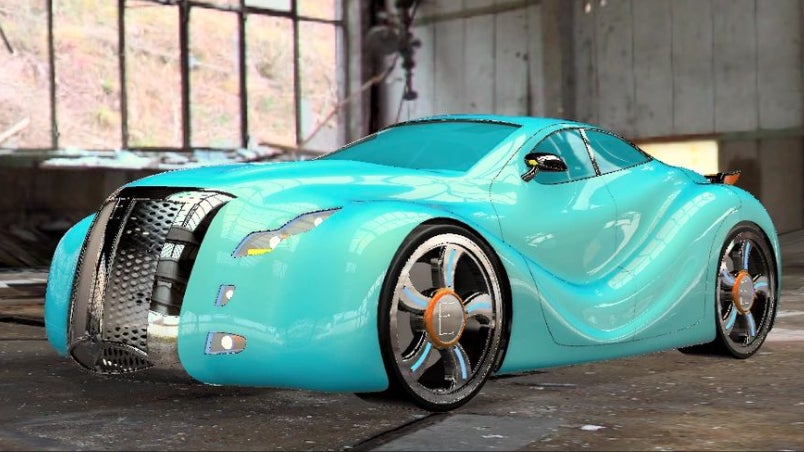 Here at The Drive, we've seen plenty of laughable electric vehicle startups that claim to have solved the world's transportation problems. Back in August, we laughed at the eTruck, a Hungarian venture that claimed to have a working prototype of an electrically powered semi truck, months in advance of the November 16 reveal planned for Tesla's own electric truck. While the eTruck was obviously a Mercedes Actros wrapped in camouflage, those behind the venture at least put effort into convincing potential investors to lay down money for the vaporware vehicle, with a poorly-edited video of the truck on the move.

A new EV startup based out of New York City, though, takes the crown for Least Convincing Electric Vehicle Startup of 2017, operating under the name of Eiven Cars, and billing itself as the "Greenest Thing Since Mother Earth."

The company's website alone raises nothing but red flags, with the opening passages full of Trumpisms promising "truly revolutionary" vehicles to"perform great duties," all without actually plugging in to the grid. That's right: it claims its EVs won't need to plug in to charge.

"Our revolutionary technology uses a collection of fine tuned sciences," says Eiven's website, but it doesn't disclose what sciences or technologies are in play. We're guessing it involves a pound of quartz crystals, prayer, a quart of goat's blood, and positive vibes.

The site itself is littered with low-quality concept renderings of the company's planned vehicles, including the Euro-Coupe, Euro-Cruiser, Euro-Chariot, G-Series pickup truck, LST limousine, an unnamed hypercar, and Belladonna, a hideous knockoff of the Infiniti QX80, which is already the ugliest vehicle in its class.

Despite claims of copyright at the foot of the home page, there are no records in the United States Copyright Office's online database of any filings by the company, and again, in spite of repeated use of the ™ symbol in the company's LinkedIn summary, the US Patent and Trademark Office's database acknowledges no trademarks associated with the company.

Eiven predicts annual production of over a half million cars within a decade, with an "effortless" drive "down the long smooth road to success and profit."

This project reminds me of the time I joined the "game development club" in high school. As you would expect, it was filled with people who had more ambition than skill or experience. Nobody really understood just how much work it would take to actualize their ideas, or the fact that a dozen kids working after school once a week for an hour and a half weren't about to make a AAA-sized game. A Flash browser game, maybe, but nobody wanted to be brought back down to earth, and the project collapsed on itself.

Seeing parallels between the appalling 3D models I made with that group of students, and those on Eiven's website, I began to suspect Eiven to be run by a naive, ambitious twenty-something with a half-competent set of 3D modeling skills, and limited understanding of web design, business, marketing, car design, engineering, electricity, chemistry, and thermodynamics.

The company's Facebook page, in operation since 2013, confirms this to a degree. It reveals that the company has a scale model of one of one of its renderings, though whether it is trying to pass off the scale model as a test mule is unclear.

Some further sleuthing reveals the one person to have left a five star review on the company's Facebook claims to be its owner, operating under a pseudonym. Unfortunately, my earlier appraisal of a naive young idealist seemed to be proven correct.

The Drive reached out to Eiven for details on the company's powertrain plans, financial situation, current number of employees, and plans for production, but no reply was received. As far as we know, this is no Siberian Orchestra, but a one man band.