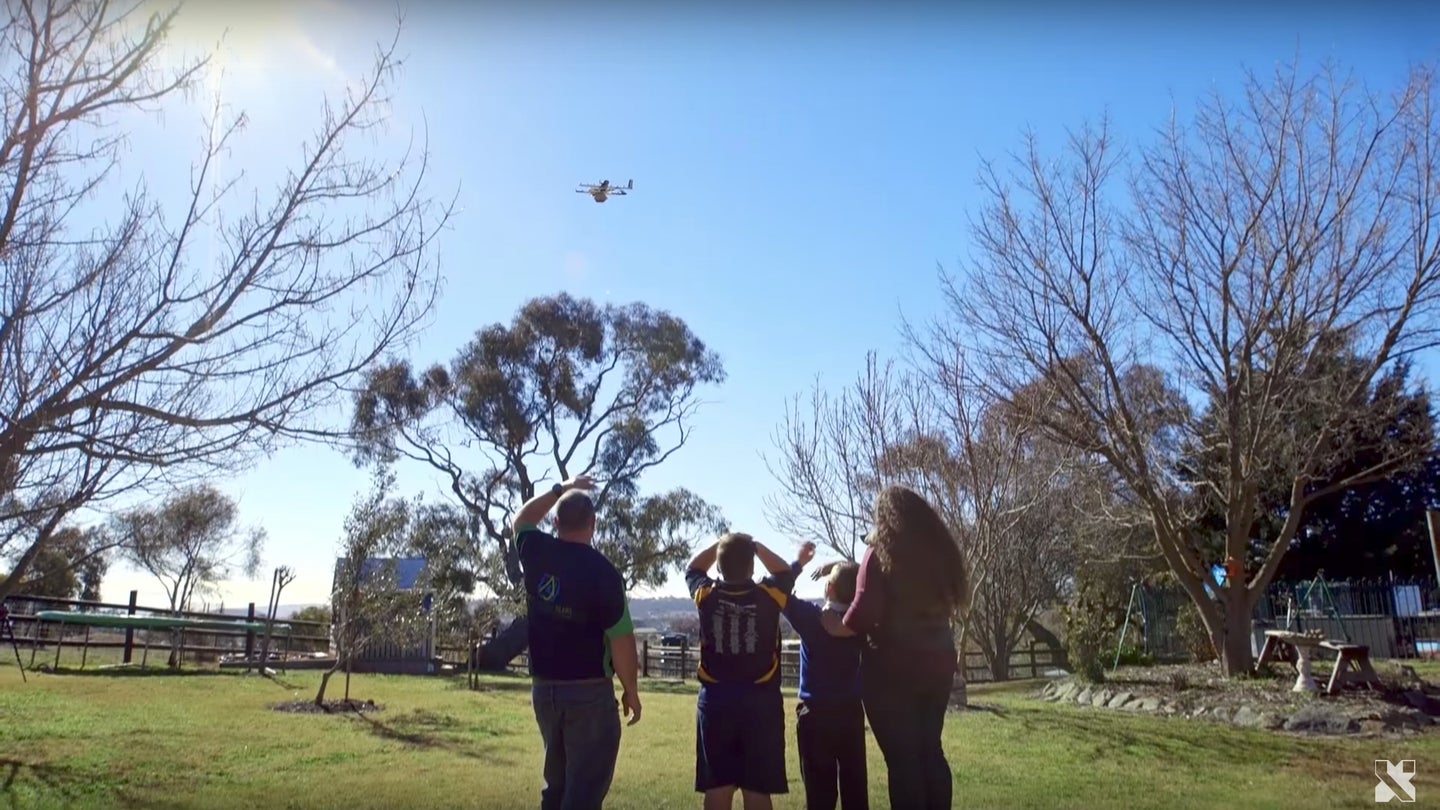 The last time we reported on Project Wing, which is focused on establishing air traffic management systems in anticipation of thousands of co-existing unmanned aerial vehicles, it followed an official update from the company on the division's progress. The goals were three-fold: Real-time route planning for drones operating in the same vicinity, live notifications that alert operators of any changes in the drones or conditions surrounding them, and airspace notifications regarding any safety-sensitive areas. Ultimately, co-lead of Project Wing, James Ryan Burgess, said tests showed that this "important foundational technology is making good progress, and we look forward to updating you on additional tests in the coming months."

Well, it looks like that update has arrived, as Project Wing is now using southeastern Australian skies and local businesses to verify the integrity of its software and hardware.

According to TechCrunch, it's Alphabet's "X unit," is responsible for these testbed operations. Apparently, due to the large yard sizees common in southeastern Australia, the location offers near-perfect conditions when it comes to testing Project Wing's kind of drone delivery. The drones take off and land vertically, are capable of reaching up to about 75 mile-per-hour speeds, and are fairly sizable, 12-rotor UAVs. However, the drones do not land on a customer's property. They carry the payload on a string dangling beneath the UAV, lowering the item onto a recipient's yard for maximum safety.

Here's a promotional video by the Mexican restaurant Guzman y Gomez and its collaboration with Project Wing. This gives you a pretty clear look at what the process from meal-prep to yard-delivery actually looks like, courtesy of Guzman y Gomez.

TechCrunch reports that while Google takes care of pre-planning the routes and flight paths, it's the onboard sensors that are in charge of obstacle avoidance and anti-collision duties. Currently, the number of civilian testers is limited to a small number of people, but this provides the research teams with a useful model of what this sort of network would look like when expanded. Let's get a closer look at Project Wing's drone delivery testing in Australia:

It's great to see drone delivery getting all the real-life testing it requires and deserves. Currently, much of the safety measures and logistics seem to be in place. In any case, this is all very promising to those of us who'd like to live in a future where drones can deliver snacks to our front yards. Stay tuned for the next Project Wing update, which is sure to be even more promising.