Shouldn't a self-driving car subtract steering wheels, not add them? 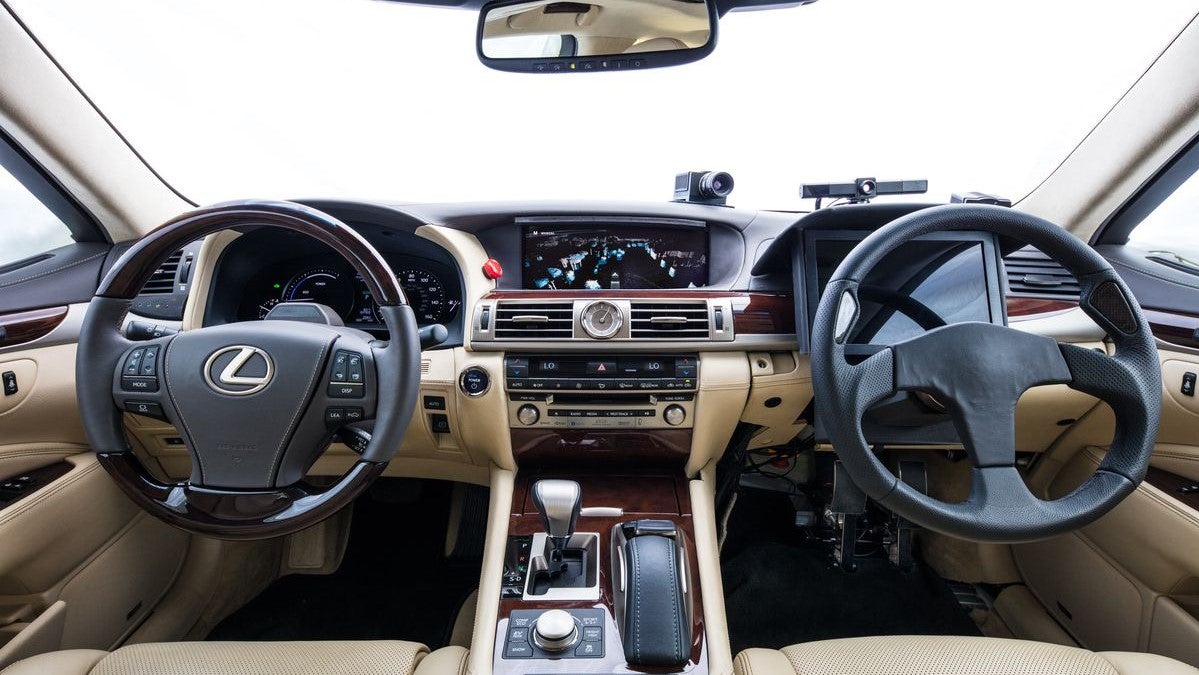 The whole point of a self-driving car is that you, the occupant, don’t have to do any driving. Yet Toyota's newest autonomous car adds a steering wheel instead of subtracting one.

The new rig is a Lexus LS 600hL and Toyota Research Institute chief technology officer James Kuffner calls it “the most perceptive car in the world” according to The Verge. That perception comes from a heavy dose of technology like LIDAR, radar, and a bunch of cameras inside and out of the car keeping eyes on the road, the surroundings, and the driver.

TRI is using an undisclosed number of these mules to test out two different autonomous research systems. Toyota calls them Chauffeur and Guardian which are Level 4 and Level 5 autonomy, respectively. Level 4 autonomy limits the car to certain areas that are already mapped out and Level 5 is full automation intended to work anywhere.

The most curious thing about this Lexus is the presence of two steering wheels. The one on the left is to drive the car normally and the one on the right is, apparently, to let the car drive itself without anyone in the driver’s seat. So it sounds like it’s really just there to give you the option of sitting on the other side of the car if you want. A driver has to be in the car in case of an emergency and in this Lexus that can be done from either side, for some reason.

That isn’t the only goofy thing about this autonomous Lexus. Overall, it kind of looks like an experimental autonomous car from ten years ago. It has very obviously placed cameras all over the place and doesn’t look nearly as clean as autonomous testing units like the Waymo Chrysler Pacifica or the notably normal looking autonomous Ford Fusion. Granted, every experimental autonomous car starts looks goofy in its own right like the Cruise Automation Chevy Bolt that wears what look like a goal post on its roof, but this Lexus just looks sort of cobbled together with no attempt at subtlety. It’s almost like it was thrown together so Toyota can say it’s working on self-driving tech too.

Toyota has some catching up to do in the world of autonomy. Here’s hoping this silly-looking Lexus can help the brand gain some ground.