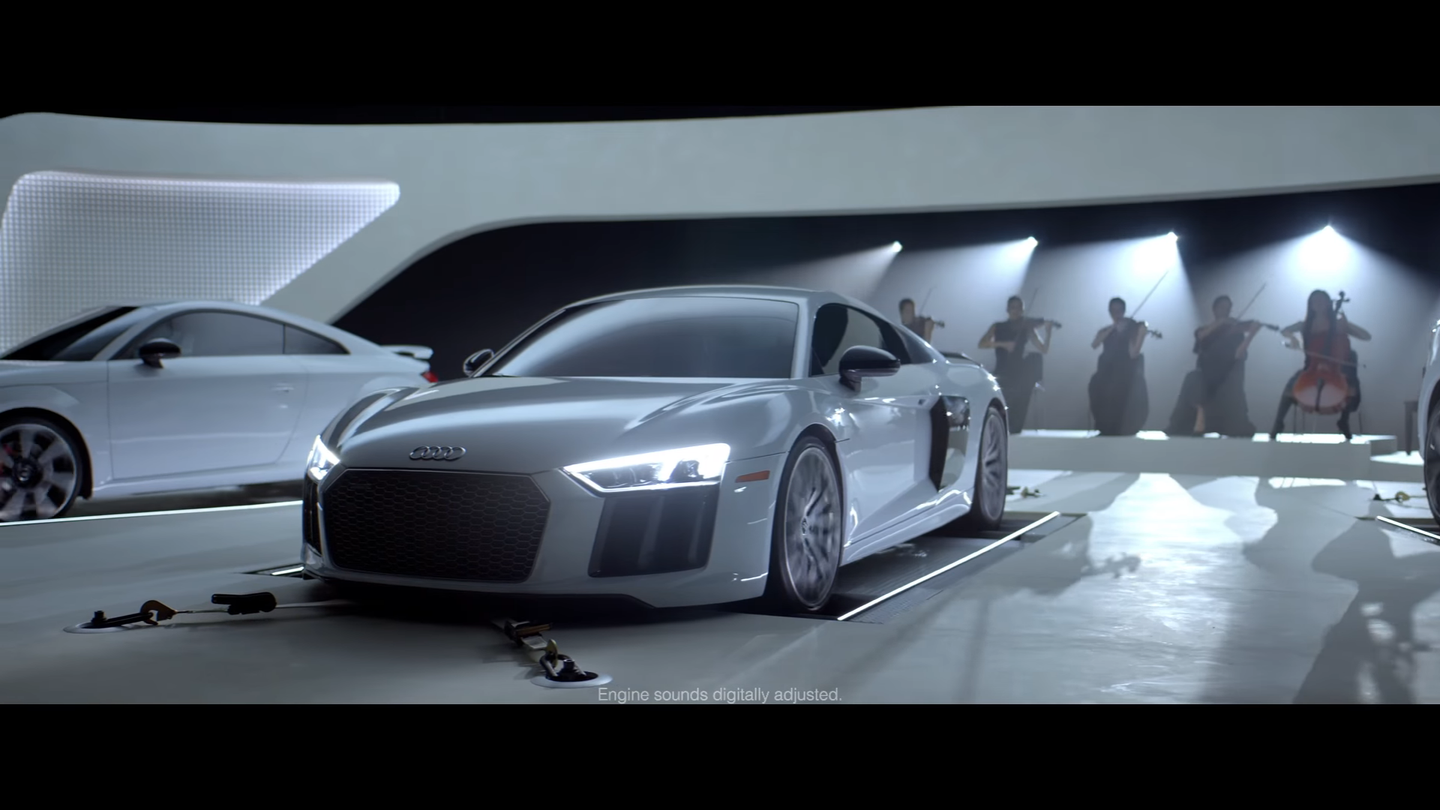 Audi USA is scheduled to host the 69th annual Emmy Awards this year, and for its commercials' theme songs, the automaker is foregoing traditional musical instruments in favor of a petrolhead's favorite sound, the exhaust note.

This will be Audi's seventh year in a row hosting the awards ceremony, which honors the best programs on American television. Its advertising campaign timed to the occasion will featuring some of its flagship performance cars.

Audi released three commercials on Wednesday that will air on national television before the Emmys on Sept. 17.

For what's titled the "Audi Orchestra Campaign," the automaker chose three influential theme songs that define American culture: The songs from Cheers, Star Trek and The Mary Tyler Moore Show. Alongside a talented human orchestra, Audi completes the ensemble with the racing-bred R8 V10 Plus supercar, 5-cylinder "pocket R8" Audi TT RS, and sporty SQ5 SUV, which act as the leading instruments for each tune.

In addition to the commercials, Audi will host the red carpet event and rooftop parties with the SQ5 and Q7 on display alongside TV's favorite celebrities. The SUVs will also transport VIPs including Stephen Colbert to and from the show.