Another show about nothing, another Emmy nod for Seinfeld. 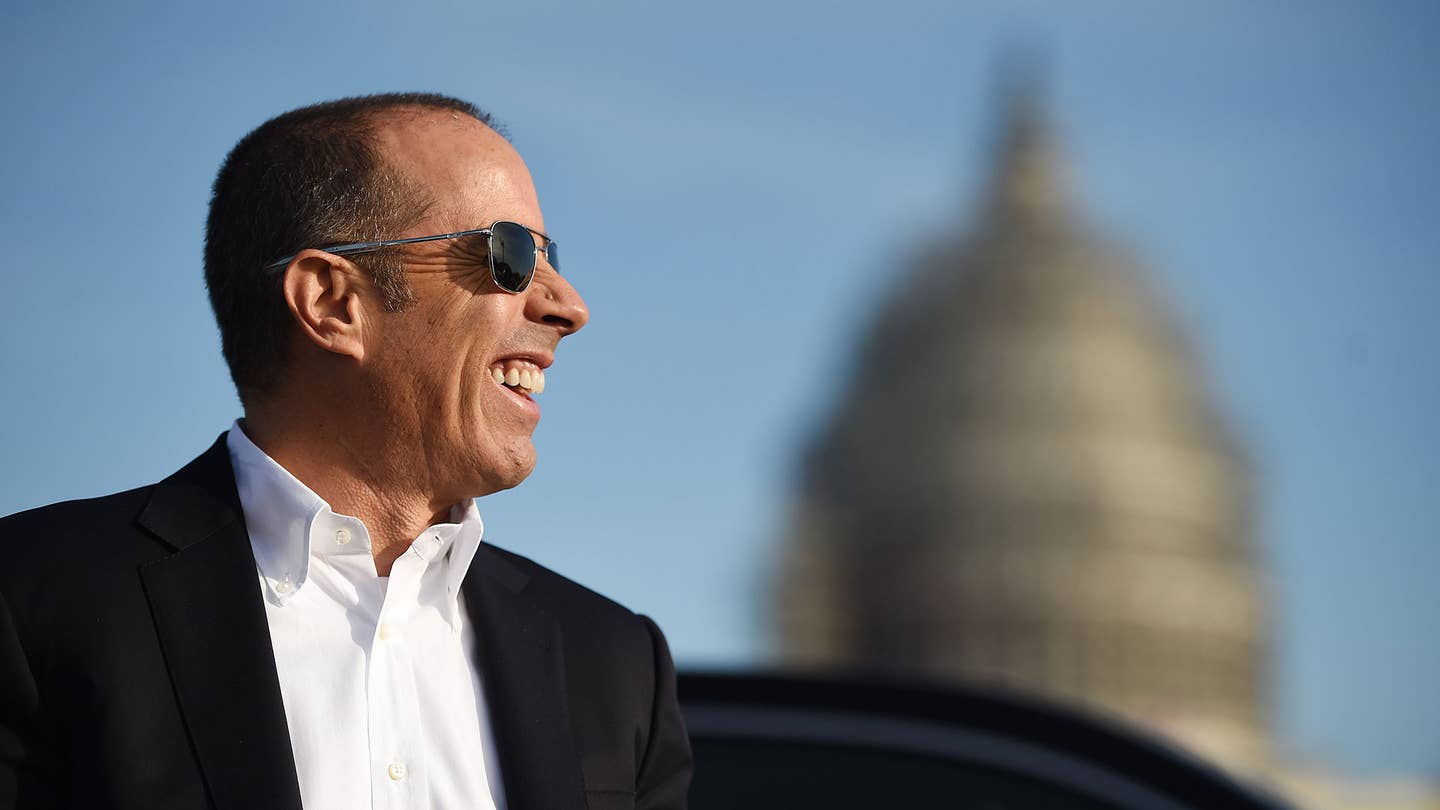 Jerry Seinfeld’s Crackle minimalist series, Comedians In Cars Getting Coffee, about grabbing a famous face, pairing it with a vintage set of wheels and setting off in search of coffee and a good conversation received an Emmy nomination for Outstanding Variety Talk Series today.

The digital series that breaks all the conventional rules, such as a regimented length or location, is up against some traditional competition in the form of all the late-night mainstays including AMC’s Jimmy Kimmel Live, CBS’ The Late Late Show with James Corden, NBC’s The Tonight Show Starring Jimmy Fallon, HBO’s Real Time with Bill Maher, and newcomer HBO’s Last Week Tonight John Oliver.

CCGC, now in it’s eighth season, has performed exceedingly well for the Sony-owned Crackle. Beyond the guests that Seinfeld is able to secure, including the likes of Steve Martin, Will Ferrell, President Barack Obama, Jon Stewart and Stephen Colbert, one of the show's strongest points is the way Seinfeld incorporates the sponsor, Acura. The frank, fresh integrations are among the best car ads we’ve seen in programming in a while.

"We are so deeply proud of the work Jerry and the team at Embassy Row have done to bring 'Comedians in Cars Getting Coffee' to life and making the series part of the zeitgeist," Eric Berger, general manager of Crackle said.

This is the 16th Emmy nomination for Seinfeld personally, the bulk of his prior nods coming from his work on his eponymous sitcom in the Nineties. He’s only won once, back in 1993, for Outstanding Comedy Series. The 68th Annual Emmy Awards air on Sunday, September 18, on ABC.