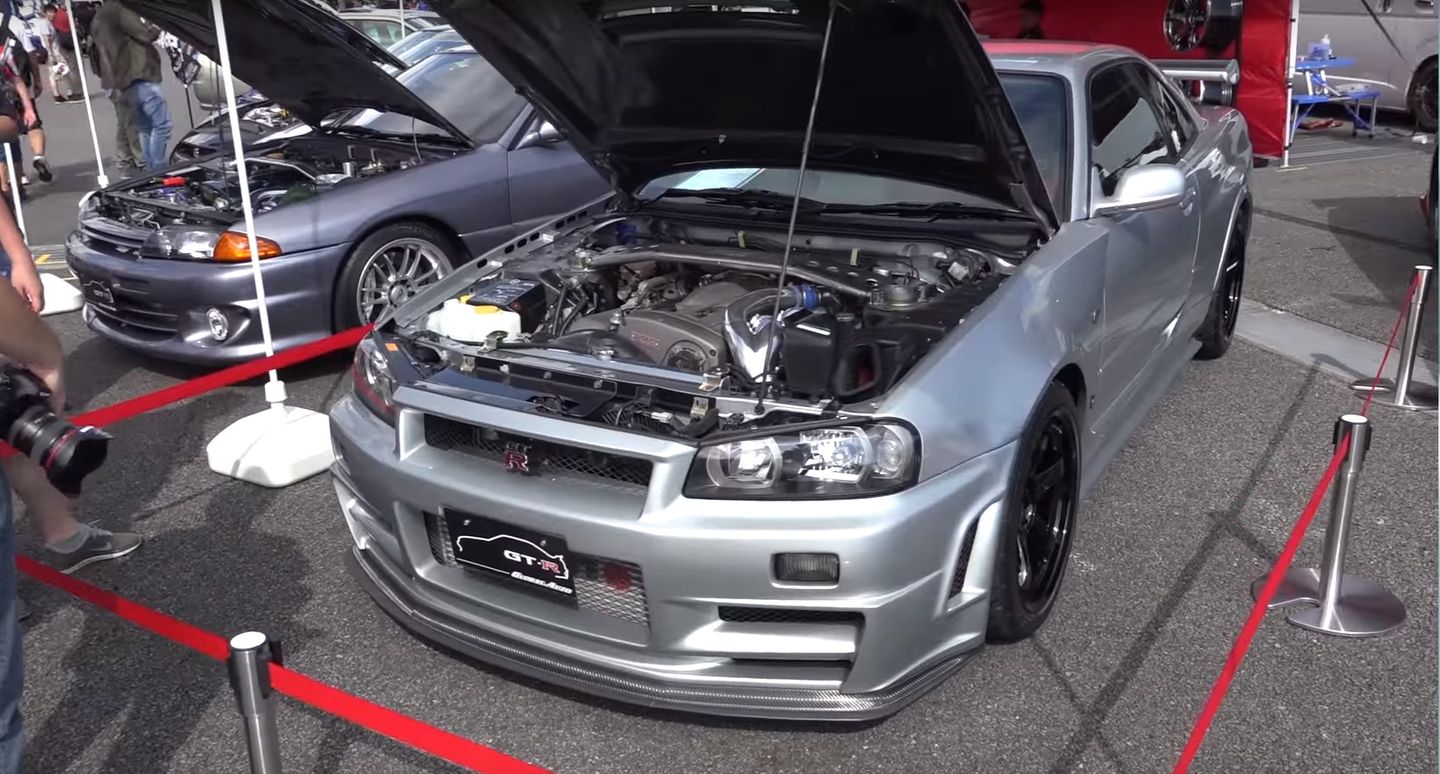 Two separate car meets were organized at Fuji Speedway at the same time to celebrate two of Japan's most renowned straight-six power plants.

On one corner of the paddock was the Nissan R's Meeting for the GT-Rs, which house the mightiest iteration of the RB engine. At the other corner was the 1JZ Meeting for vehicles powered by the humble predecessor of Toyota's famous 2JZ.

YouTuber Alexi Smith of Noriyaro attended both in his latest vlog and give us a closer look at what makes these cars so special. We're taken to R's Meeting first and we see an extremely high-end line of cars. Behind a row of R35 GT-R Nismos is a very special example of the ultimate R34 Nissan Skyline GT-R Z-Tune, specifically chassis number 002 to leave the Omori Factory.

Next to the Z-Tune is a unicorn from HKS, the R32 Nissan Skyline GT-R-based "Zero R." Like what RUF did for Porsches, HKS wanted to be regarded as a premium tuner make for Skyline GT-Rs. However, after completing only four examples of the Zero R, HKS refused to submit them for required crash-test regulations necessary to be recognized as vehicles separate from the Nissan brand.

Eventually, HKS revisited the Zero R project a second time and despite having left the exterior untouched, the tuner completely revamped everything underneath the hood. The Zero R was refreshed with a JGTC R34-derived Nismo GT block and HKS2530 turbos to produce a reliable 600 horsepower and 477 pound-feet of torque.

Moving on to the 1JZ side of the car park, we find that what the meeting lacks in quality, it makes up for quantity and a generous dose of drifting. The biggest difference between the 1JZ and the 2JZ is in its displacement. Stroke is increased from 71.5 mm to 86 mm to give the 2JZ improved low-end torque for better drivability. That said, the longer stroke also means the 2JZ is potentially less reliable when the motor is hitting high RPMs for extended periods of time (say, in drifting). What's more, the 1JZ is also significantly less expensive to purchase and maintain. What's not to love?

Whatever your preference, both Nissan's RB and Toyota's JZ engines are legends in their own right and will continue to be favorites among JDM tuners for years to come. Which one do you prefer? Share your thoughts in a haiku in the comment section below.