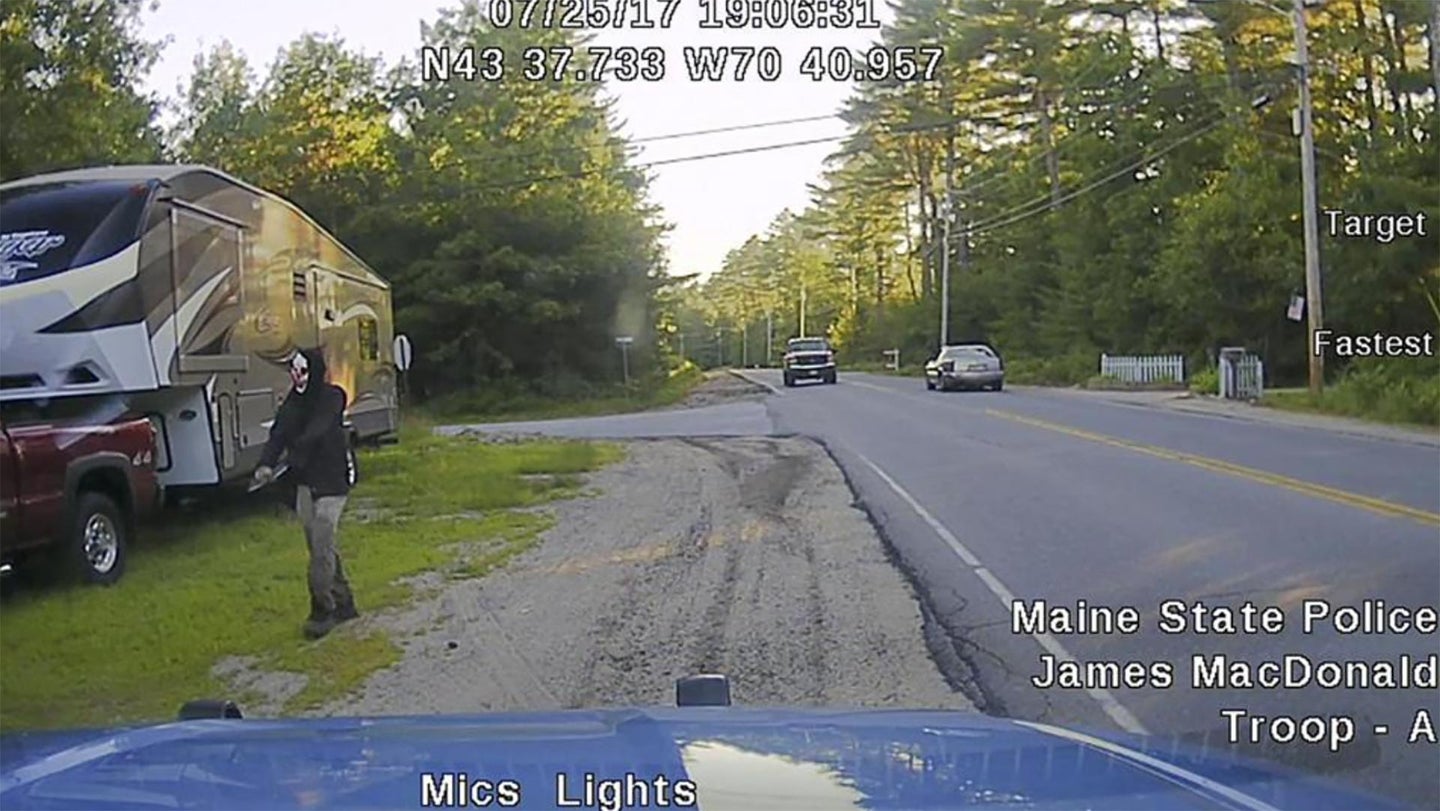 An officer experiences every walk of life while patrolling the streets and thanks to dashcams, we are able to go alone for the ride without the danger. On Tuesday Maine State Police arrested an 31-year-old by the name of Corey Berry for allegedly strapping a machete to his left amputated arm and scaring people with a clown mask covering his face.

Berry reportedly traveled the roadway of Hollis, Maine where he appeared intoxicated. At one point Berry vanished into the woods (as one does) and didn't reemerge until he reached Waterboro, Maine (the town over). Police told the Boston Globe, the man was arrested for "criminal threatening." Although Berry appeared to be harmful, he was cooperative with police and told them he was copying the recent trend of clown sightings as a prank.

It is unclear why he committed this poorly thought out act, but we are happy to hear he didn't physically harm anyone in the process. It also helps he was arrested in the daylight because the night would make any officer a little uneasy.