Fingers crossed for the unveiling of a street legal MotoGP bike this fall. 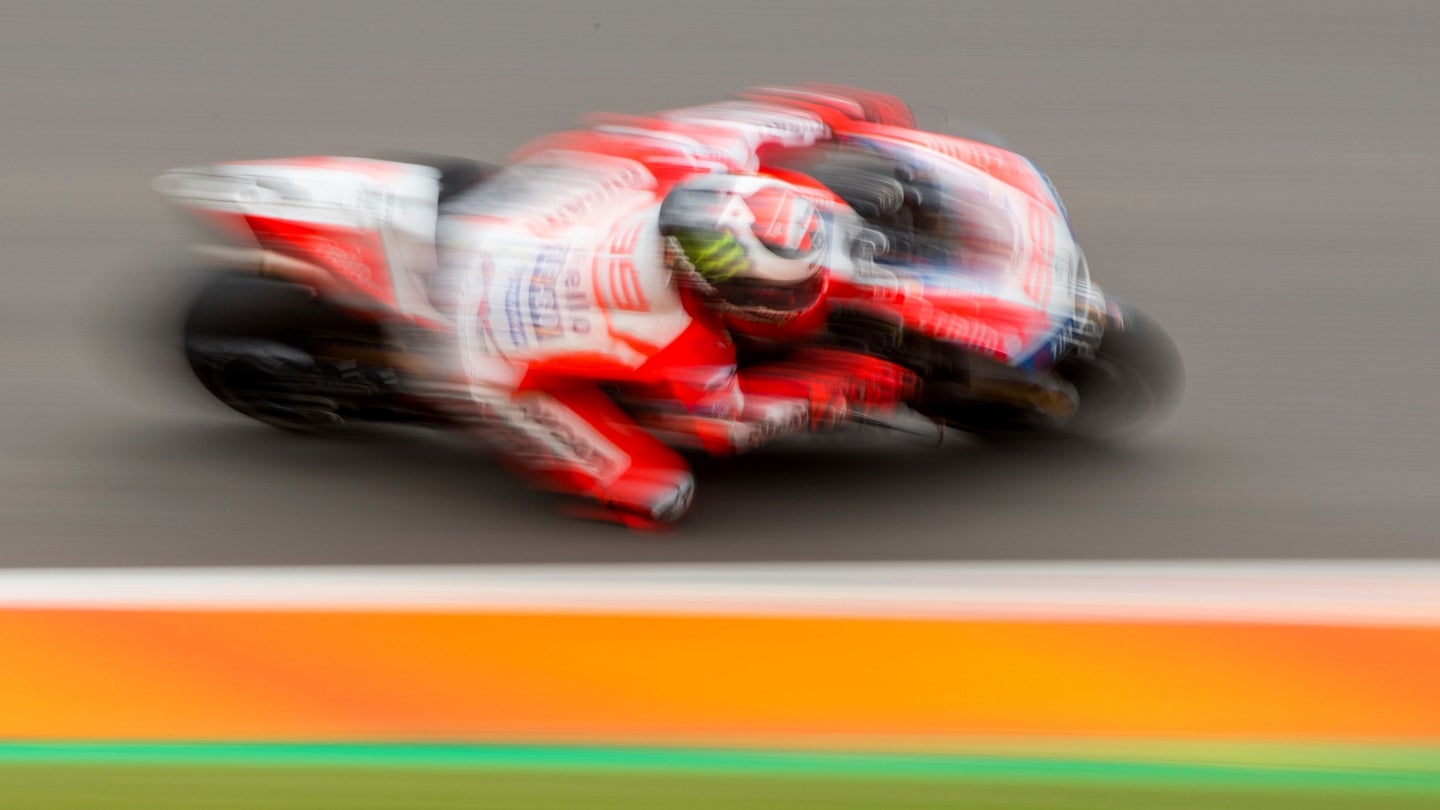 The stellar Ducati 1299 Panigale has peaked. The Italian firm’s flagship sportbike has gone through all of the boring out and all of the weight saving it can possibly take. The result is a phenomenal motorcycle, but Ducati is hungry for more and so are the race teams and enthusiastic speed demons that count on the Italian bike maker. The next logical step is to add more cylinders and an inline four is way too boring for Ducati.

Rumors about a Ducati V-4 superbike started when CEO Claudio Domenicali spoke at a press conference for the launch of the 2017 MotoGP Ducati team, according to Cycle World.

“The engine development we have made in MotoGP has been exceptional, we have [a V-4] engine which is very reliable, very light, compact and has a lot of interesting technology. We are seriously thinking of introducing it to regular customers as it is a masterpiece of engineering. It must be translated into something that can be sold to customers at a reasonable, even if premium, price. So it will not be an exotic bike like the Desmosedici, but a high-end sports bike. We cannot say when it will happen... but it is getting closer, much closer,”

The MotoGP bike in question is the Desmosedici GP which has a 1,000cc, liquid-cooled, 90-degree V-4 with DOHC and four valves per cylinder. It claims to pump out over 250 horsepower and gives the bike a top speed of over 218 miles per hour. It has indirect electronic fuel injection with four throttle bodies. The bike sits on Ohlins suspension and stopping power comes from Brembo brakes with dual-front disc four-piston calipers and a two-piston caliper single-disc in the back.

Another thing fuelling the rumors is the 1299 Panigale R Final Edition that was unveiled at Laguna Seca earlier this month. The tagline for the bike is “When the end tells the whole story.” With the end of the current flagship, there has to be something new coming. The copy on Ducati’s website says “This is the celebration of the twin cylinder Ducati Superbike legacy,” implying that the Panigale’s successor will not have two cylinders.

The hope is that the upcoming V-4 superbike is a detuned, street legal version of the Desmosedici (hopefully it will be easier to pronounce.) We’re expecting to see the production version of the thus unnamed V-4 bike at the Milan Motorcycle Show this fall.

A classic blend of speed, comfort, and curves once again graces Ducati’s lineup.