The Japanese Aerospace Exploration Agency has officially disclosed images and videos taken by its onboard space station drone, "Int-Ball." 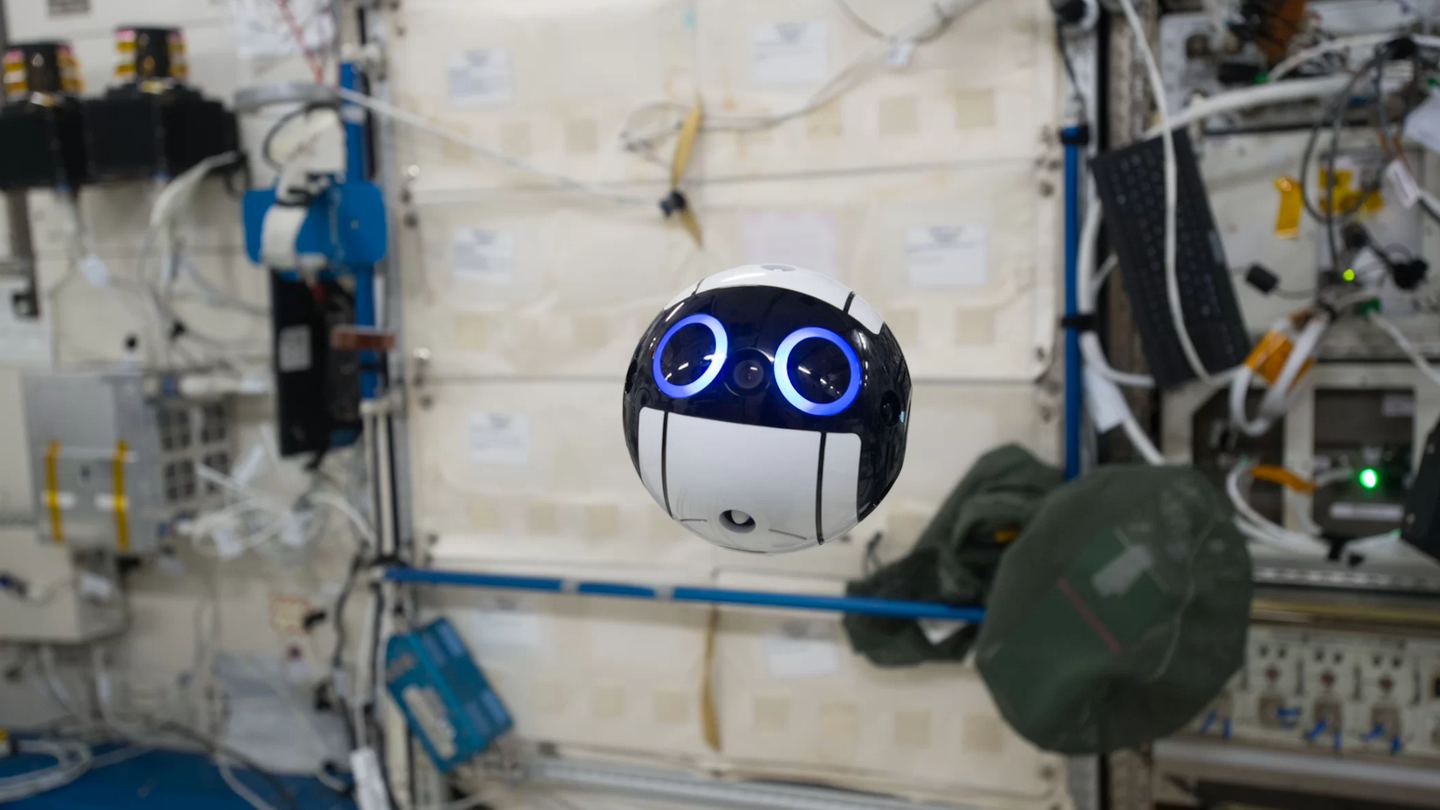 The Japan Aerospace Exploration Agency (JAXA) has officially shown images and video taken by its JEM Internal Ball Camera called "Int-Ball", a drone that was delivered to the Japanese Experiment Module "Kibo" on the International Space Station by the U.S. Dragon spacecraft which was launched last June.

The "Int-Ball", which, due to it being a spherical robot heavily reminds of BB-8 from The Force Awakens, can be controlled from Earth and increases the work efficiency of astronauts working aboard the ISS in outer space. According to Space.com, astronauts spend up to 10 percent of their time taking photographs and recording video, which is something the Int-Ball could take care of instead.

According to JAXA, the Int-Ball can behave autonomously in space while recording photographs and video footage under remote control by the JAXA Tsukuba Space Center. This data can be immediately checked by flight controllers and researchers on the ground, analyzed, and fed back to the onboard crew. The entirety of the Int-Ball was manufactured via 3D printer. So, what exactly is the purpose of this drone, besides taking photographs and video? Is this really as important as JAXA makes it out to be?

Well, according to the agency's data, astronauts are spending a vast amount of time on tasks that should be automated by now. And what better way to use a drone, remotely-operated as to not waste further onboard crew time, to take care of these tasks? According to JAXA, the objectives of the Int-Ball consist of autonomous movement, recording data, enabling researchers on the ground to verify the crew's work from the same vantage point as them, and to "promote the automation and autonomy of extra- and intra-vehicular experiments, while seeking to acquire the robotics technology available for future exploration missions." According to JAXA, this cooperation between on-ground and on-board crews via the Int-Ball will lead to "maximized results of 'Kibo' utilization experiments."

Have a look at this cute little robot below, courtesy of JAXA and NASA.

Pretty sleek, right? It's fairly astonishing to see a spherical, autonomous drone aboard the ISS. What was once science-fiction, only a few years or decades ago, is now reported on without much fanfare or amazement. We've adapted to a whole new level of impressiveness, and do so repeatedly every few months. The Int-Ball clearly has some facial features that possibly serve to make human interaction more familiar. Of course, some of those circles are likely cameras, but there's surely a dual purpose there. After all, we're all aware of famous robots aboard spacecraft in pop-culture, and even astronauts could appreciate being put at ease. Here are NASA astronauts Peggy Whitson and Jack Fischer with the Int-Ball observing from above.

According to Space.com, the Int-Ball would be a major step in robot helpers in space and a big leap forward from NASA's Robonaut 2, which was able to flip switches and is on its way to performing spacewalks. There was also the Japanese robot, Kirobo, which held a little chat with Japanese astronaut Koichi Wakata in 2013. In case you speak Japanese, you may want to take a look at this little promotional video for the Int-Ball, courtesy of JAXA. It's complete with playful music and colorful graphics, just like anything Japanese-robot related should be. Enjoy.