This Particular Fiat 500 Is a Work of Art

New York’s Museum of Modern Art has added a 1968 model to their collection. 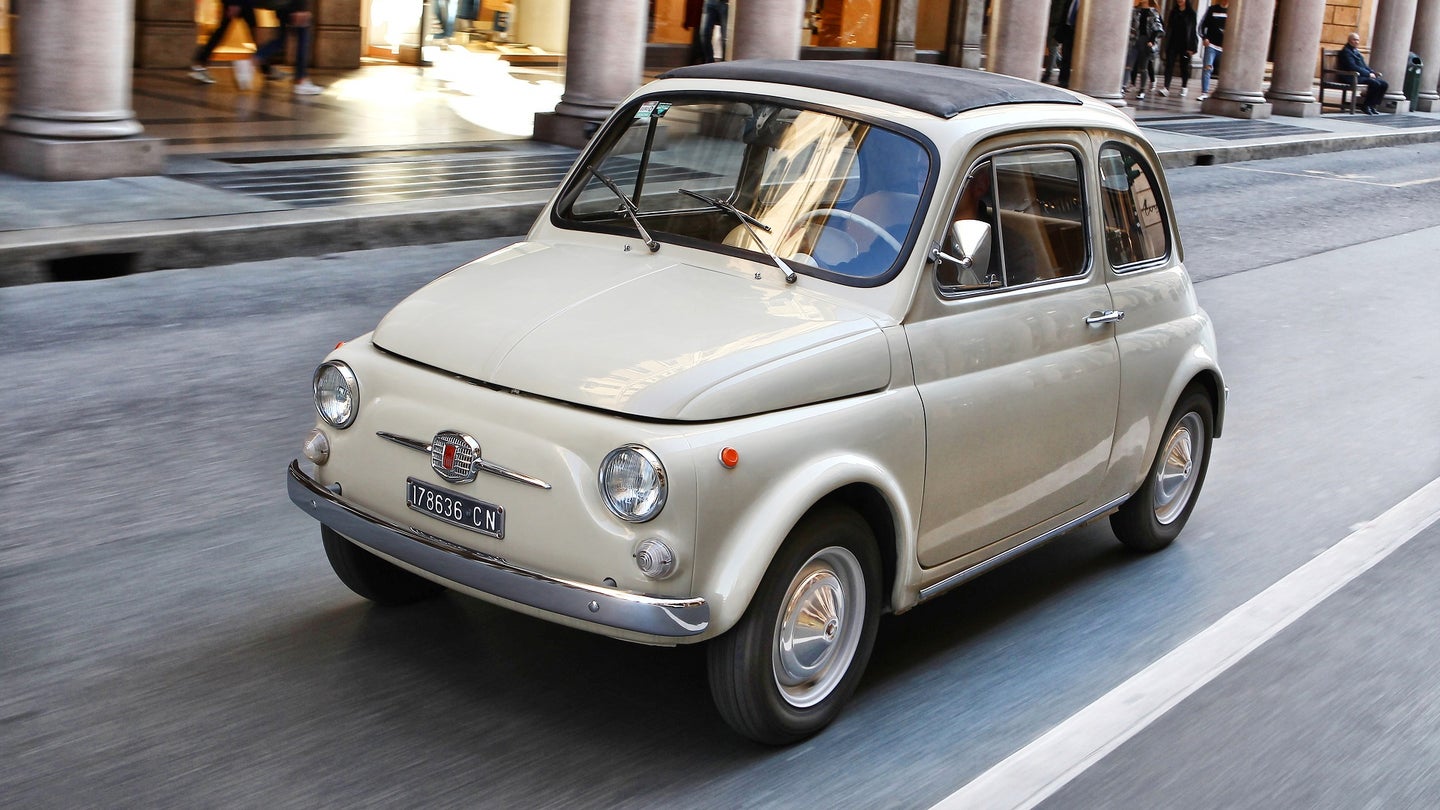 July 4 was the birthday of the Fiat 500 (and America). Cars like the Fiat 500 are usually appreciated more for their utility than their looks. But the original Fiat 500 was both an attractive and utilitarian car that helped mobilize Europe in the aftermath of the war. To help celebrate the 500's 60th birthday, New York's Museum of Modern Art just added a pristine 1968 500F Berlina to their art collection.

"While the Fiat 500 has unquestionably left its mark on automotive history, it is equally true that it has never been just a car,” said Olivier François, Head of FIAT Brand and Chief Marketing Officer, FCA – Global. “In its 60 years of history, the 500 has transcended its material manifestation to enter the collective imagination and become an icon, which has now the honor of being certified by being acquired by MoMA in a tribute to its artistic and cultural value.”

“The Fiat 500 is an icon of automotive history that fundamentally altered car design and production,” said Martino Stierli, The Philip Johnson Chief Curator of Architecture and Design at MoMA. “Adding this unpretentious masterpiece to our collection will allow us to broaden the story of automotive design as told by the Museum.”

Though the Volkswagen Beetle is the "people's car" most Americans think about, and the Mini holds that place in most Britons' minds, the Fiat 500 did more than its fair share to put Europe back on the road after the war. Over four million 500s were built between 1957 and 1975. Its performance figures of just 18 horsepower from its 500cc engine and its top speed of only 59 MPH are unimpressive today, but it was precisely the inexpensive transportation that Europe needed at the time. Though the new version hasn't sold so well in the US, the Fiat 500 is a best seller in Europe, ranking first in eight countries and among the top three in six others. It may not be popular here, but the 500 is in excellent health for a 60-year-old and can look forward to many more years to come.