British Man Who Stood Up While Driving Jailed For Fleeing Police

The 26-year-old man ran from police after a crash just days before he was sentenced for driving while standing. 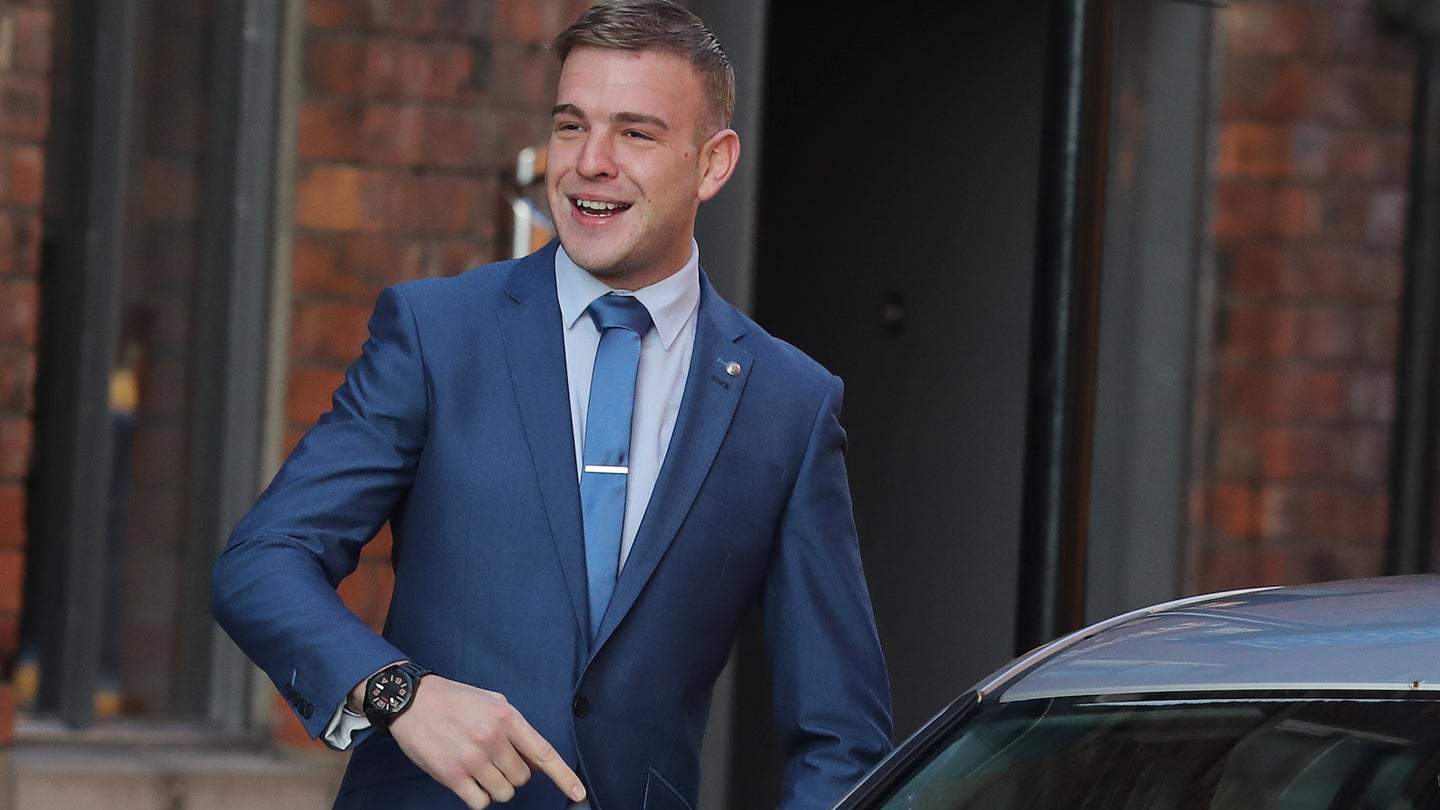 A 26-year-old car salesman who was in trouble with the law for standing while driving found himself with even more issues after he fled from police after a car accident, according to The Guardian.

Adam Elliott, a six-and-a-half foot tall man, was originally in trouble for sitting on the headrest of his Ford Ka convertible while driving, waving at passers by and steering with his knees. But just four days before he was supposed to be sentenced for that incident, Elliott crashed into a stopped bus and a car with a woman and two young children inside. After the crash, which occurred in March, Elliott ran from police and wasn't arrested until May.

Judge Robert Adams was unaware of Elliott's second accident when he gave him a suspended sentence for driving with his head out the top of his roofless car in March. Upon questioning of his involvement in the first charge, Elliott said that he was "too small for the car."

Once Elliott was in custody and Judge Adams learned of the hit-and-run, he activated part of the suspended sentence. That ruling landed Elliott in jail for 18 months after he admitted to dangerous driving, failing to stop, driving while disqualified and driving without insurance.

Elliott released a video from prison that was intended for his pregnant partner. The tape included a quote from him saying,

My love and passion for cars has now dwindled; they have caused me nothing but trouble and led me down a slippery slope, ending in disaster. That love has been replaced with a love for my child.

Adam Elliott via The Guardian

According to the woman involved in Elliott's second incident, he tried to shoot through a gap between her and the bus that wasn't wide enough for his car. Prosecuting attorney Kevin Wardlaw claimed that Elliott sped down the wrong side of the road prior to the collision, leading to the eventual crash.

Elliott said that he was driving while his privileges were revoked because he needed to sell a car before he was sentenced for the first incident involving the Ford Ka. He went on to tell the court “There is no justification for my actions in this incident. I don’t want to try to justify them; what happened was wrong. It was a moment of foolishness.”

Following all of this, Judge Adams banned Elliott from driving for two years and nine months upon his release from jail.