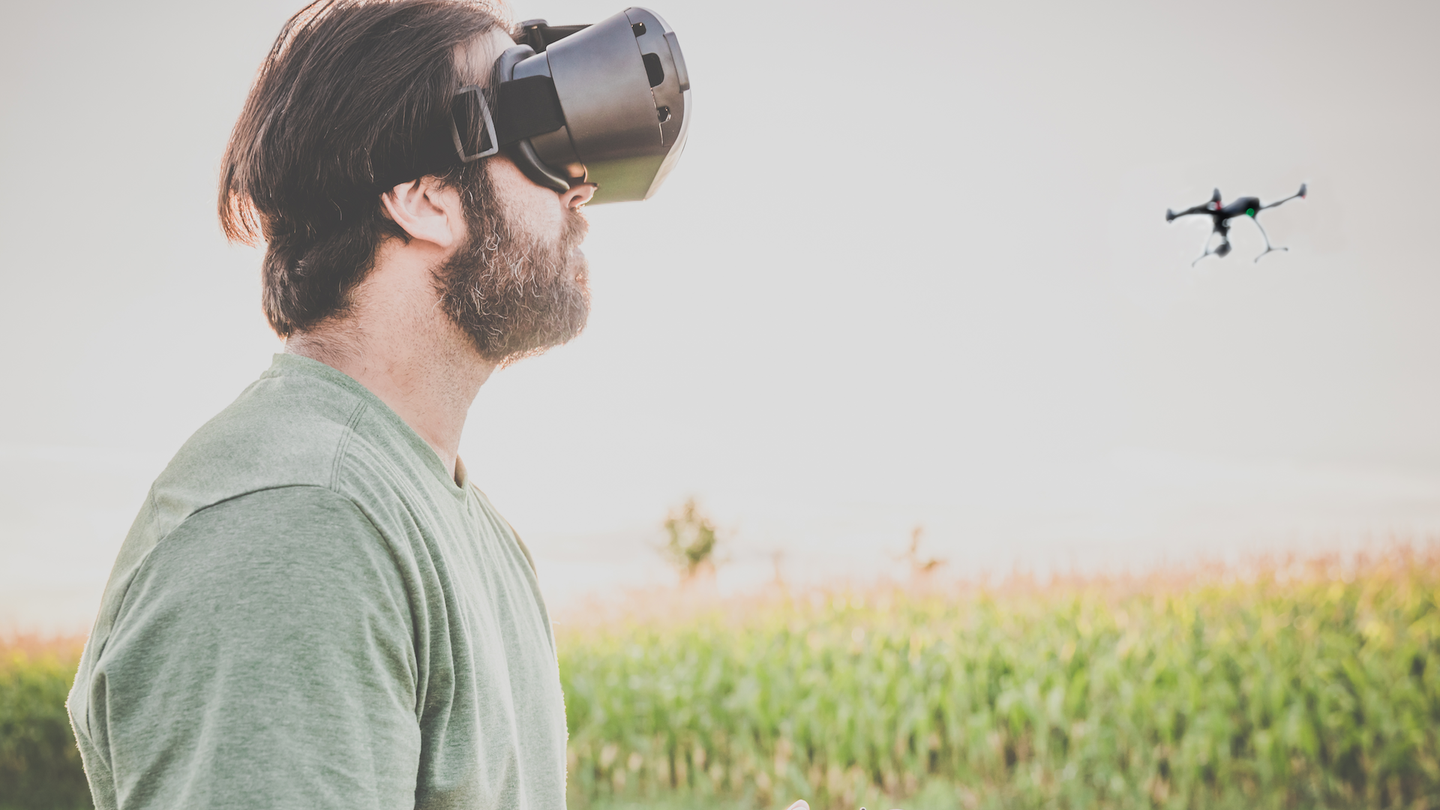 The Swiss Federal Institute of Technology (EPFL) has developed a Smart Jacket prototype that would serve as a substitute for traditional drone controls, freeing operators to use their hands for other tasks and providing a more nuanced, intuitive way of operating UAVs. The jacket is fitted with sensors that detect the user's movements, which are then translated to drone-operation commands. Testing is in the preliminary stages, and uses a virtual reality (VR) headset to give the user the impression of operating a real machine. Results have so far been impressive, and it seems like operating a drone through body movements—leaning to one side or another, spreading one's arms, etc.—rather than pushing buttons, allows for more precise and effective results.

The VR headset gives the user a simulated bird's-eye view of what an airborne drone's camera would see. The sound of air whooshing through the user's ears further fleshes out the simulation, courtesy of a simple pair of earbuds and pre-recorded audio. In order not to strain to keep one's arms aloft while operating, the user rests them atop a metal support bar. If you know anything about sensory deprivation, this is fairly important: you don't want to be reminded of your physical self when trying to mentally be elsewhere. The more you feel as one with the object of control, the more effective you'll be at guiding it. At least, that's what they're going for here.

"The goal is to make people fly without ever leaving the ground," says the creator of the jacket, Dario Floreano of the EPFL.

According to NewScientist, "Floreano believes that the jacket gives drone pilots a more intuitive way to control their aircraft, letting them focus on other tasks at the same time. Pilots on a search-and-rescue mission could communicate with the ground team more easily if they didn’t have to focus all their attention on using their hands to control a drone." This is a very interesting departure from the focus of improving drones themselves or finding different societal uses for these UAVs. Rather than joining those efforts, Floreano and her team are focused on innovating how the mind and body work best in tandem with drone operation. Just how far this idea can be taken will take some time to realize, but for now it seems that Floreano has at the very least improved the learning curve for professionally operating a drone.

"People with a lot of practice are really good at controlling drones with traditional controls,” states Corine Rognon, a member of Floreano's team. “But with the fly jacket people reach the same level without the practice.”

According to the University of Exeter's Karen Anderson, the sheer sensory overload that comes with piloting a drone, completing several tasks, and mentally being in two places at once, demands a new way of thinking. Anderson believes that this is a step in the right direction—that we can become far more advanced in our drone use by not being limited to primitive, simple hand-and-finger activity.

"Piloting drones is a difficult thing," she says. "Wearing a suit that can control the drone without that brain-eye-finger co-ordination gives a more direct way of sending commands to the flying machine." The combination of Virtual Reality and drones is exciting enough, but exploring the ways in which the mind and body can become even more efficient at operating drones themselves is more fascinating still. We can't wait to see where this leads, and will make sure to keep a bird's-eye view of this technology as it develops.