The multi-vehicle, open-world racing video game is set to be released early next year. 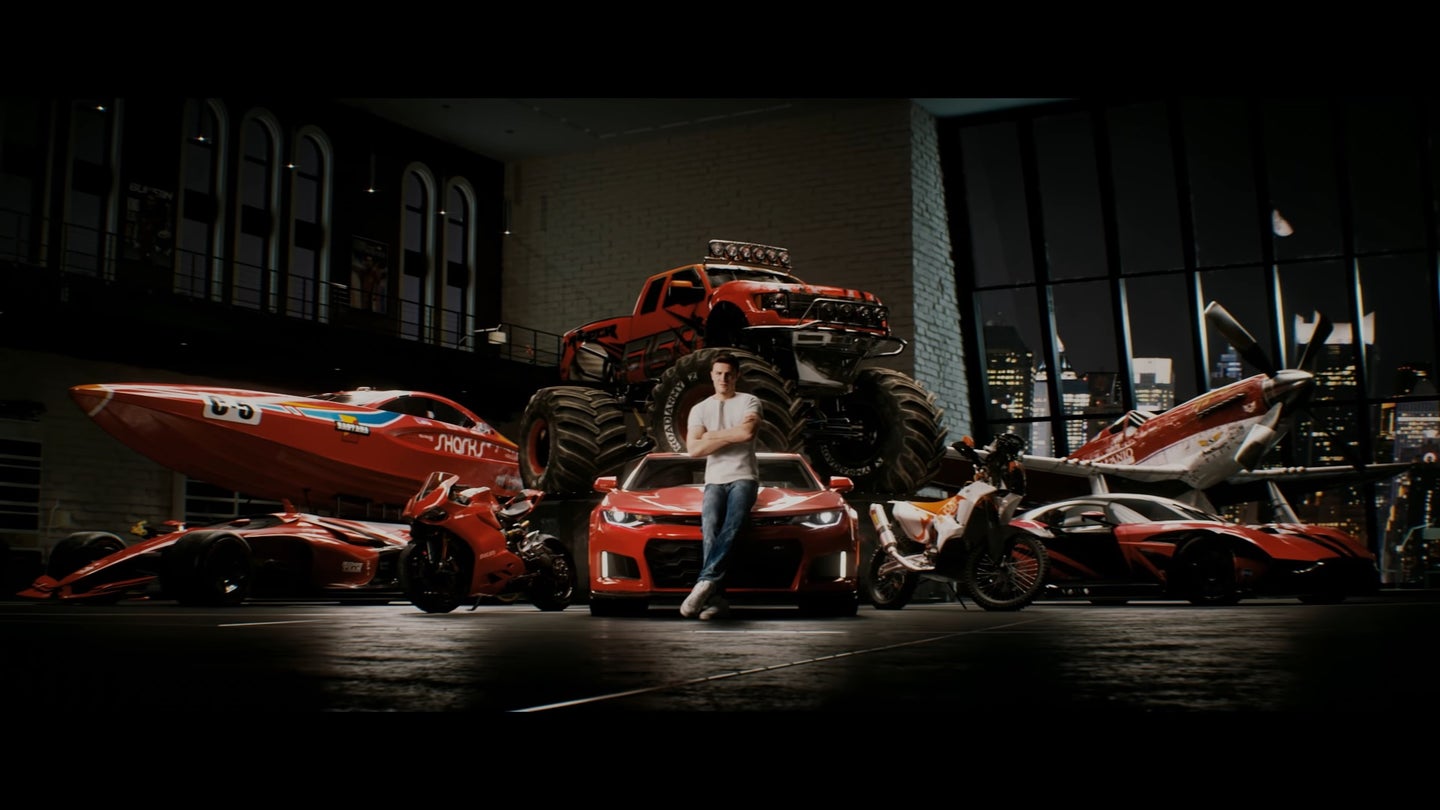 Looks like those promises of going "beyond the road" are coming into fruition. At Monday's E3 press conference, French video game publisher Ubisoft unveiled details on their upcoming multi-vehicle racing game, The Crew 2.

Most racing games (including the first Crew game) confine themselves to one, maybe two, disciplines. Gran Turismo keeps to the track, Codemasters' DiRT series offers racing on, uh, dirt, and Need for Speed has largely been famous for simulating the white-knuckle thrills of illegal street racing and the run-ins with police that inevitably result. The Crew 2 aims to go against the grain by offering players myriad ways to get-there-first.

Players will assume the role of a race car driver, motocross junkie, biplane pilot, speedboat enthusiast, daredevil, and general BAMF in an open-world interpretation (read: scaled down) of the entirety of the United States. You know what, I'm just gonna shut up and let the cinematic CG trailer do the talking.

GT racers, dirt bikes, rally cars, biplanes, speedboats, monster trucks, open-wheel Formula cars, and of course, your good ol' Porsches and Camaros between the lights. Is there anything this dude can't drive?

Developers Ivory Tower aim to have The Crew 2 on store shelves and online marketplaces sometime in early 2018. If you can't bear to wait that long for your virtual adrenaline rush, however you can sign up for beta access now at thecrewgame.com/beta.