The company’s commercial branch has picked Chuck Norris to be the “tough face” for its international vehicles. 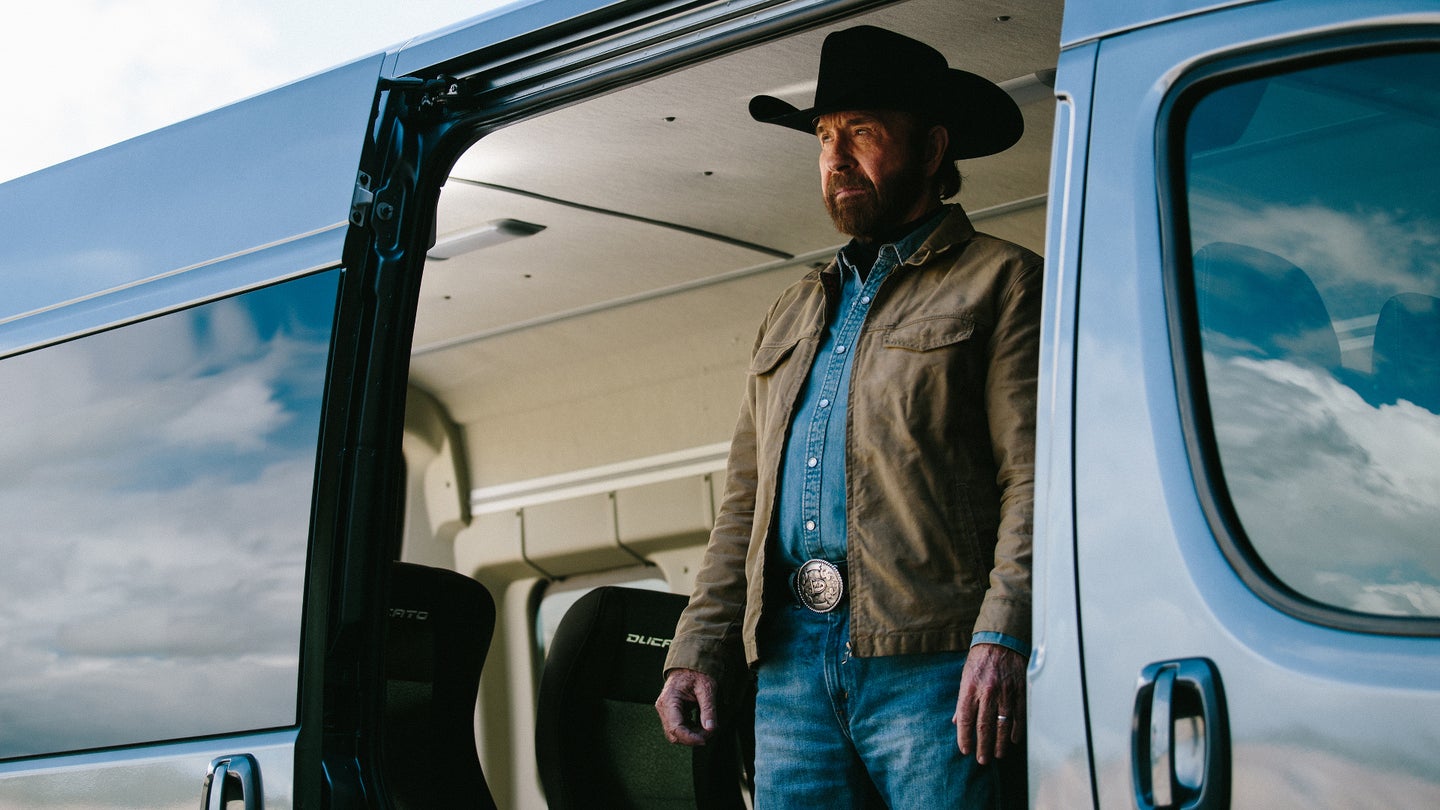 As the famous meme goes, Chuck Norris would never need a pickup truck to haul anything because he's strong enough to carry it himself. Now Fiat-Chrysler hopes he'll lend some of that gusto to Fiat Professional—the automaker's commercial vehicles wing in Europe, the Middle East, and Africa—as their official spokesman in a new series of ads starting this month.

However, don't expect the ads to air in North America. RAM takes care of the company's commercial vehicle operations in this country, while Norris will be advertising international-market vans and pickups like the Fullback, Ducato, and Doblo

According to Fiat Professional's press release, "a research test across Europe has shown him to be the best brand ambassador in terms of relevance, affinity, and appeal for professional customers." They're hoping some of that supernatural Chuck Norris magic rubs off on the brand, even if it's not 2006 anymore. But if their vehicles are able to live up to his legendary toughness, customers probably won't the slightly dated reference.

From rising to fame as Bruce Lee's nemesis in the movie Way of the Dragon, his endeavors in professional wrestling and martial arts, and his wide-reaching philanthropy, Chuck Norris has developed a myriad of admirers. We'll wait and see if his involvement moves the needle at all for Fiat Professional's sales.

All three 124s received a wheel, tire, suspension and exhaust upgrade for their adventure at Bondurant.