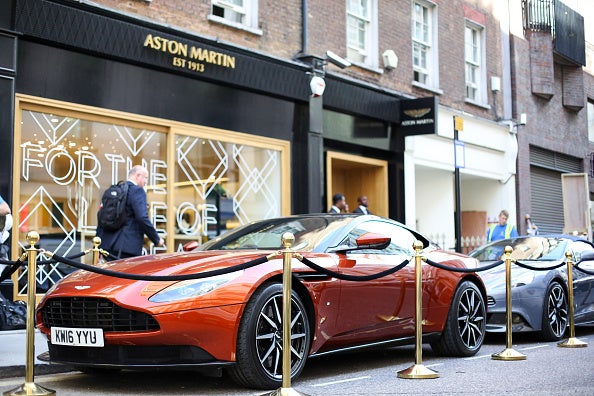 Surging demand for the all new flagship DB11 coupe has helped Aston Martin double revenues in the first quarter, as it seeks to recover from six years of losses. The DB11 marks the first model Aston Martin has produced after it launched its technology partnership with Daimler. The gorgeous model has accounted for the majority of the 1,203 vehicles sold since the Daimler partnership. Chief financial officer, Mark Wilson, says that the car "has really kickstarted the turnaround is the DB11." He adds, "That car itself has a waiting list that takes you through this year. You're hard pressed to find a DB11 V12 anywhere in the globe that you can lay your hands on." The Warwickshire, England-based carmaker has raised annual forecasts, predicting a 30 percent increase in sales, to nearly 4,800 cars.

To take advantage of that momentum, Aston Martin plans to release the DBX—a model that will teeter on the edge of an SUV but that Aston dubs a "crossover"—by 2019. These new automobiles will be built at an all-new, approximately £200M plant in south Wales. Aston's new models are designed to revive the fortunes of one of England's most notorious luxury brands, the badge driven by several James Bond actors, including Roger Moore. After laying off 300 people in 2015, this is all good news for the English automaker, which hopes to turn a profit after refinancing with a £550m loan, reducing the cost of its debt by a third.