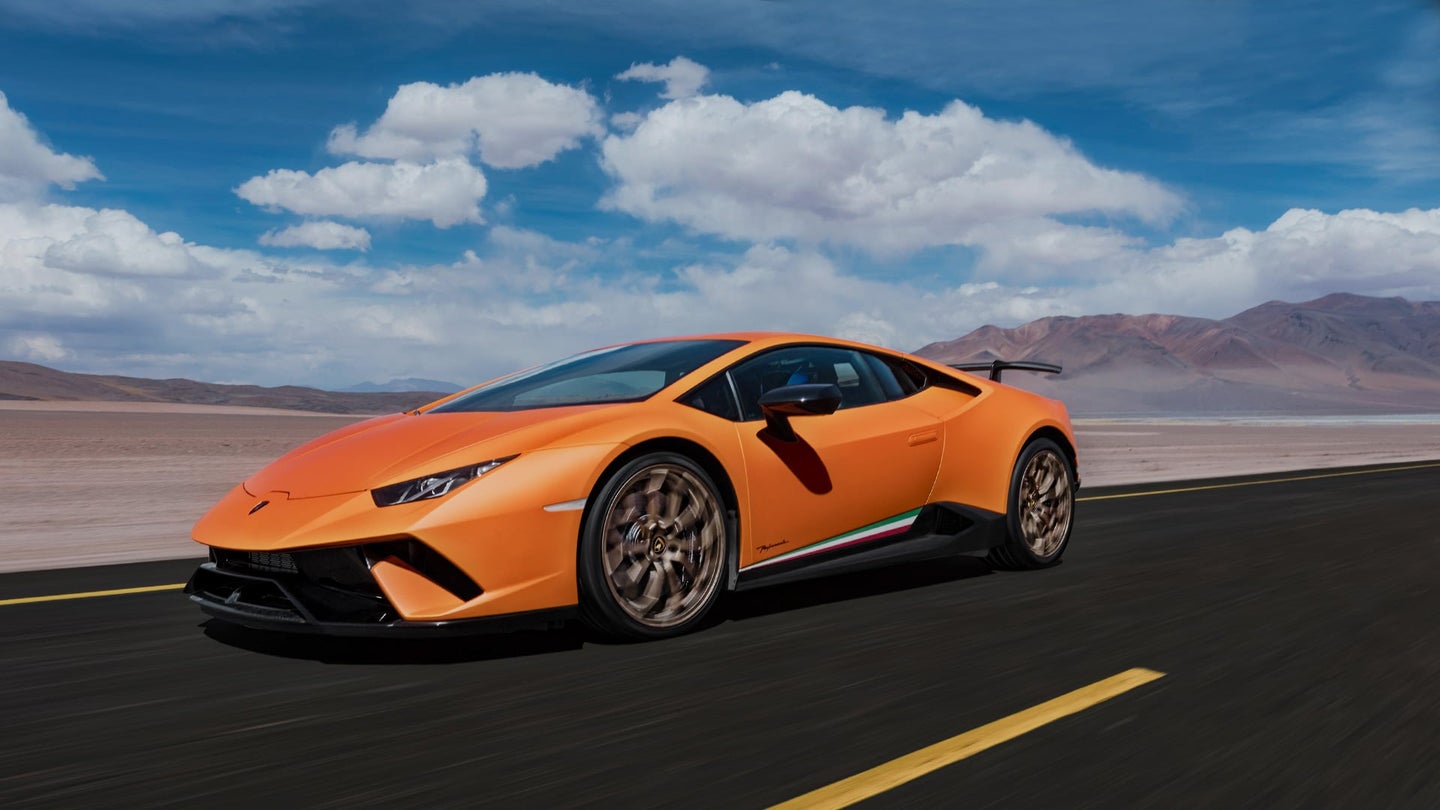 The brand new Lamborghini Huracán Performante just launched, and it's already the star of the supercar scene. Even before it came out, the Performante shook the track world when it beat the Nurburgring record set by the Porsche 918 Spyder earlier this year. Now, critics are just as impressed with it, saying that it might be the best production car on the track today.

Case in point is Autocar's esteemed awards. This year, the Performante took home the Innovation Award, primarily for its downforce-bending technology and impressive aerodynamics.

Lamborghini's newest demonic creation was built to fill the need for a higher-tier super car built specifically for the track. The Performante takes after the McLaren 675LT and Ferrari 458 Speciale, but if its accomplishments have anything to say about it, the new kid on the block has already sailed past the other cars Lambo wanted to compete against.

As with the other track cars, the Huracán Performante weighs less than a regular Huracán and makes more power. The real kicker however is its aerodynamics system, which Autocar says is the main reason it won the award. This technology is revolutionary in the performance world, and proves that power and weight aren't everything on the track.