It ain’t cheap, but can you put a price on perfection? 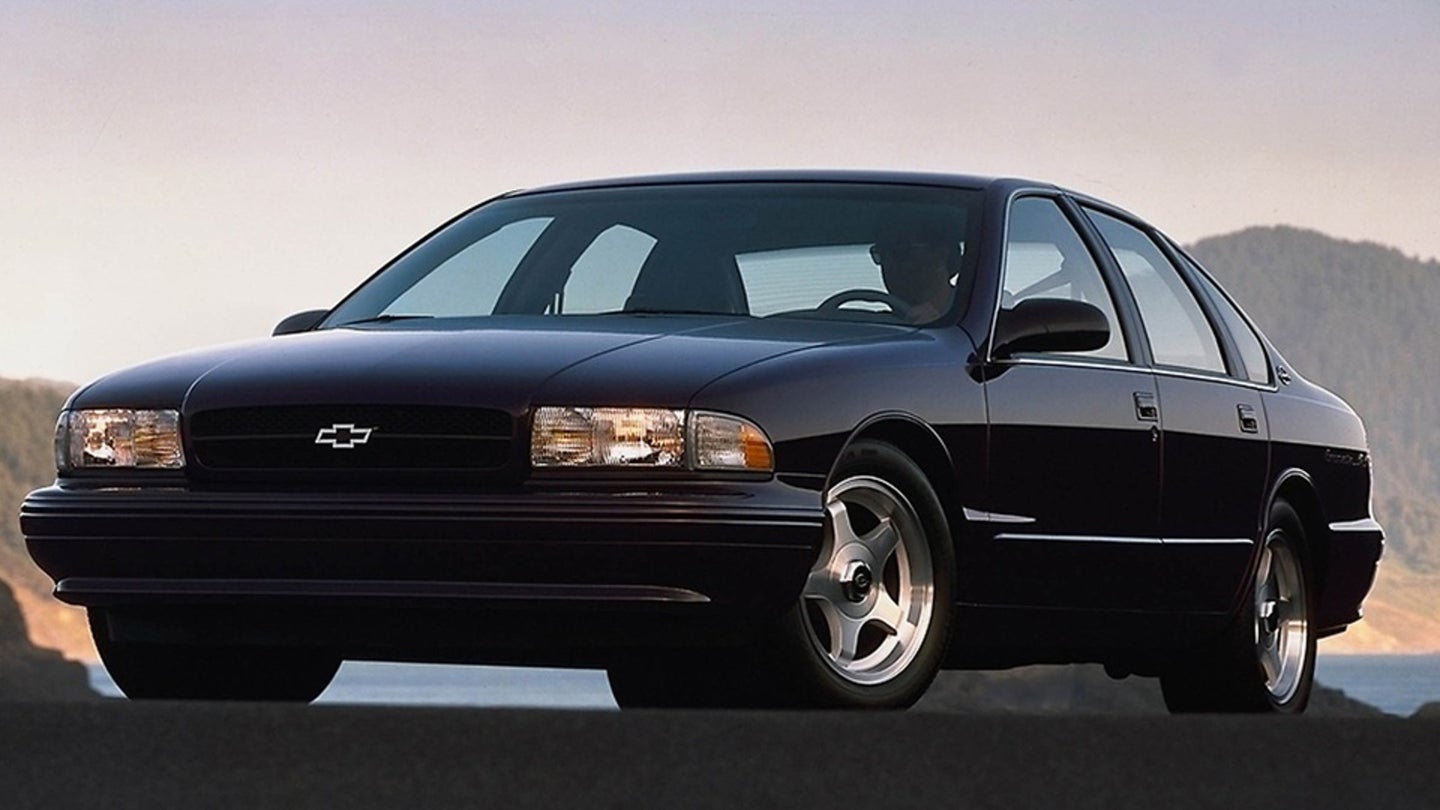 If you're in the market for a big old American sedan with a honkin' V8 and a factory six-speed manual, we're sorry to say that the battle is over, and the war is lost. But like a messenger bearing news of the resistance, Autoweek traveled to Virginia and found the next best thing—a professional outfit called Three Pedals dropping brand-new Tremec T56 six-speed transmissions into early-1990s Chevrolet Caprices, Buick Roadmasters, and Ford Crown Victorias.

Three Pedals started out like many great ventures, as an "oh, what the hell" idea between two college friends. Owner Josh Korsower and business partner Seth Betaharon bought a retired 1991 Caprice cop car at an auction and successfully swapped in a Borg-Warner T56 six-speed (and the V8) from a 1995 Camaro when the automatic transmission died. After word spread online of their handiwork, Korsower decided to assemble and sell a conversion kit as a side business.

To his surprise, demand was strong. He told Autoweek that they sold over 200 of the kits over the next few years before he decided to go back to school and put things on hold. But enough people kept asking for his services that he, his cousin, and Betaharon recently opened up the full-service Three Pedals shop and spread their magic to other models. This is no fly-by-night operation—the basic installation costs $12,000, more than double or even triple the cost of the cars themselves in many cases.

"Look, people are passionate about their cars. They want to make 'em just right. That's not a rational decision, but we support it, of course," he said.

Rest assured, they definitely do it right. For that money you get a custom-fabricated brake and clutch pedal assembly, the T56 Magnum six-speed manual transmission, a beefy new clutch, and a host of engine upgrades to make sure everything plays nice together. Nice is honestly an understatement—Autoweek's test drive of a converted 1996 Chevy Impala SS found the gearbox really livened things up. The result is a factory-quality installation of an option that's previously been limited to the dreams of a delirious few. From Fleetwoods to wagons, it's a barge-lovers paradise.

But they're not resting on their laurels—they're about to debut a conversion kit for GM A/G body cars (think Chevy El Camino or Buick Grand National), and they're working on the modern Dodge Charger. Yes, including the Hellcat. It's starting to look like the fight has just begun.

This was supposed to be the car of the future back in the late-1980s. No, really. We’re not kidding.

Drivers aren’t the only analogue creatures on the chopping block.