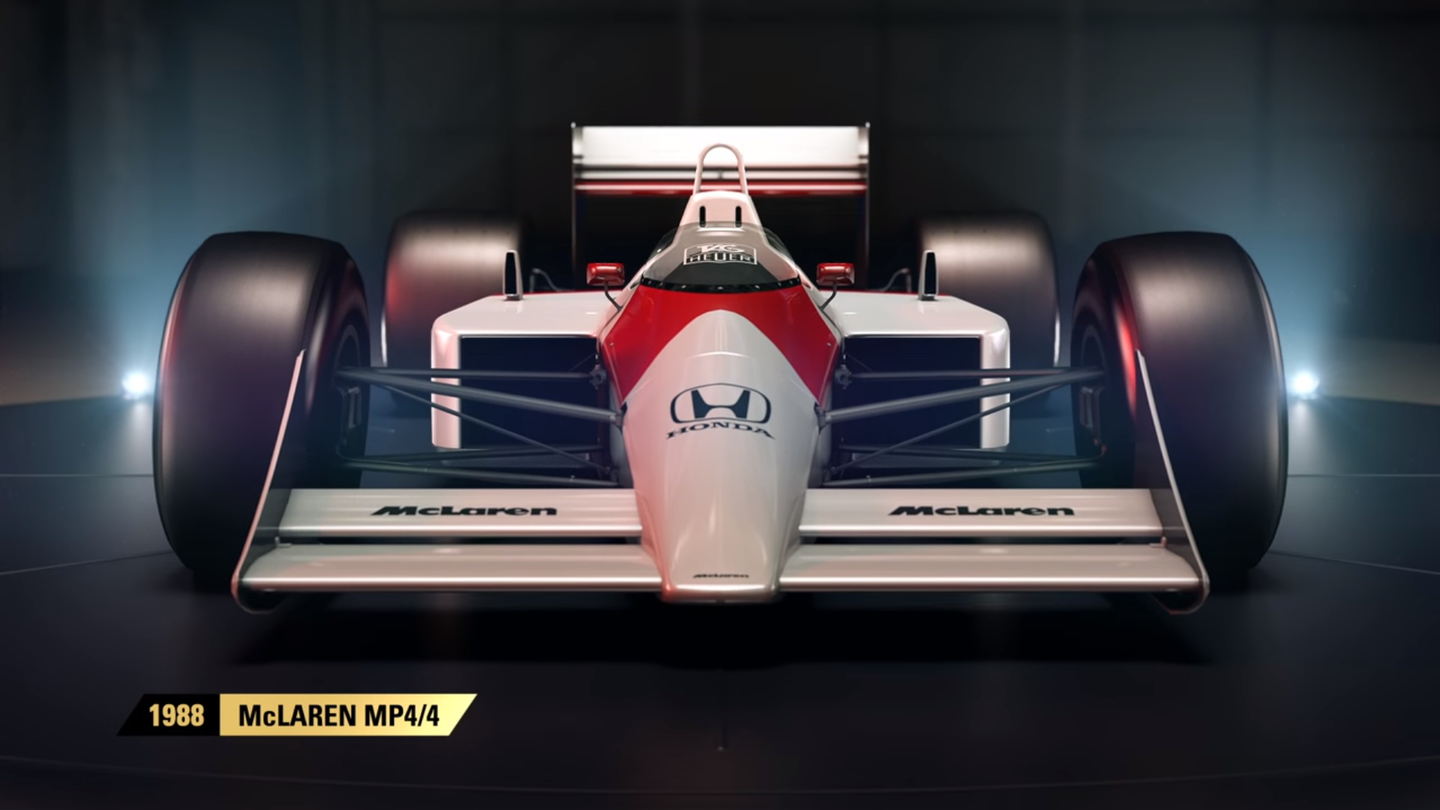 Okay, so everyone saw it coming: Codemasters has announced this year's iteration of their annual Formula 1 game, which is every bit as surprising to hear that Christmas has not been cancelled. What is surprising is that the classic car mode, last featured in F1 2013, will be returning in F1 2017 with an expanded roster of cars. The classic mode in F1 2013 had five historic cars and two retired tracks available, with a further six cars and two tracks available in the more expensive Classic Edition. Codemasters' Game Director Paul Jeal says that a total of twelve historic cars will be included in F1 2017 from launch.

Three of these cars have been revealed in the game's first trailer— the 2002 Scuderia Ferrari F2002, the 1988 McLaren MP4/4, and the 1992 Williams FW14B. The McLaren will initially be available only to preorder or launch day buyers as part of the Special Edition, and for those who choose not to adopt early, the MP4/4 will be sold separately at a later date.

Codemasters also says that four alternative circuit variants will be included, though they have not yet specified which of the twenty tracks on the 2017 calendar will be receiving these variants. Some likely candidates include Catalunya, which could skip the chicane before the last corner; Monza, which could use a retired circuit layout that skips the first chicane; COTA, utilizing a short circuit instead of the full fat Grand Prix course; and Abu Dhabi, which has no shortage of available track variants.

In the coming weeks, Codemasters will announce the rest of the dozen-strong roster of historic Formula 1 cars to be included in F1 2017, which launches on the 25th of August, coinciding with the first day of this year's Belgian Grand Prix weekend at Spa-Francorchamps.