We come to the hit show for the singing, but we stay for the rides. 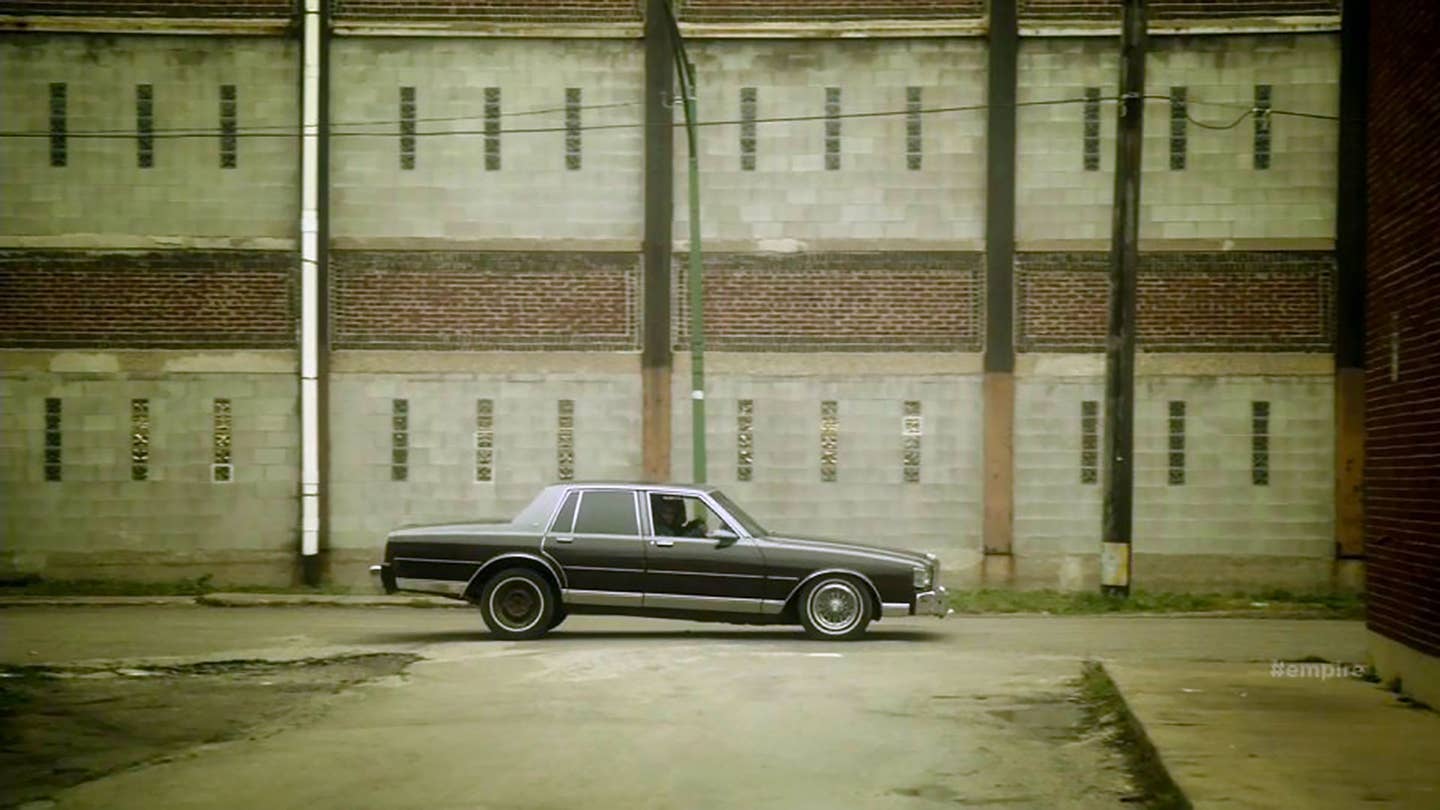 Much ado is made over the glorious vocal pipes from the stars on FOX’s Empire, and rightfully so. Those actors can belt out a hit. But our favorite sounds from the show come from the tailpipes of the lesser-recognized supporting cast: a crop of choice rides gracing the screen. Here, our top picks:

This striped snake, piloted by our favorite beleaguered drug dealer-cum-rap mogul Lucious Lyon (Terrence Howard), makes its screen debut, slip-sliding around a corner before running smack into a police barricade. Lyon feathers the throttle, and the 8-liter V-10 snarls a salute to the cops. Impressed, the fuzz waves him through. Lyon then unleashes all 415 rabid ponies, eliciting a smile from the floozing riding shotgun. And from us.

The Flying Spur has phenomenal stopping power for a saloon that tips the scales at 5,500 lbs. It brakes from 70 to 0 in less distance than a Lamborghini Murcielago. We get a small taste of this as the $240,000 gargantuan screeches up to a recording studio for Lyon’s sons to have a tense chat in the buttery-smooth leather backseat. There’s plenty of airtime for the interior, though sadly we never see the 600-hp V12 depart. And that’s a shame, because we hate to see her leave, but we love to watch her go.

A Lambo is the perfect choice to make a grand entrance to a slammed bash—like the brightly-colored Gallardo does in Empire. Don’t call it yellow, though. That color is actually “Giallo Halys.” Sure, it’s nice to turn heads and set off flashbulbs at a soiree, but we’d skip the shindig and have a party of one with that 5.2-liter V-10. Well, a party of 553, if you count all the horses braying behind you.

Empire is a show about being cool, debonair, unflappable. The overbearing style of the Gallardo can be a touch audacious, particularly when the subtlety of a Bentley can more than suffice. Two doors and a quarter-ton lighter than its big brother, the Flying Spur, the GT doesn’t skimp on the goods. For instance, the W-12 powerplant generates more than 516 lb-ft of torque (that’s 118 more than the Gallardo, incidentally). When the GT pulls up behind the Lambo at the same party, we cheered a bit louder for the Winged B.

The staple executive Merc makes an appearance  late in the first season as a liveried ride for Lucious’ ex-fiancee, Anika Calhoun. We love the S550 because, while it doesn’t have the same gilded chariot vibe of a Bentley or a Rolls, the backseat is, shall we say, adequately appointed: there is ample legroom, a reclining executive seat, and enough creature comforts to mollify even the most jilted of ex-lovers.

Blink and you’ll miss the low slung German supercar. It’s idling outside of a club during one brief exterior shot, though as the camera pans past the red coupe, we’re treated to a stab of the gas, prompting a sharp howl from the V-10. It’s as though the Audi’s been denied entrance to the venue and is protesting loudly to the doorman. Don’t fret, little fella. You’re always on our list.

Perhaps the least flashy in the entire series, this beached whale is our favorite. It appears during a flashback of a drug deal gone awry for Cookie Lyon (Taraji P. Henson), and she has to take cover behind the more-than-ample trunk during a shoot-out. The bloated boat is an SS variant, with an LT1 5.7 small block V8 lurking beneath the hood. Before Chevy plopped a Corvette engine in there, they tweaked the camshaft to favor torque over horsepower. Regardless, the 260 horses are more than enough for us.