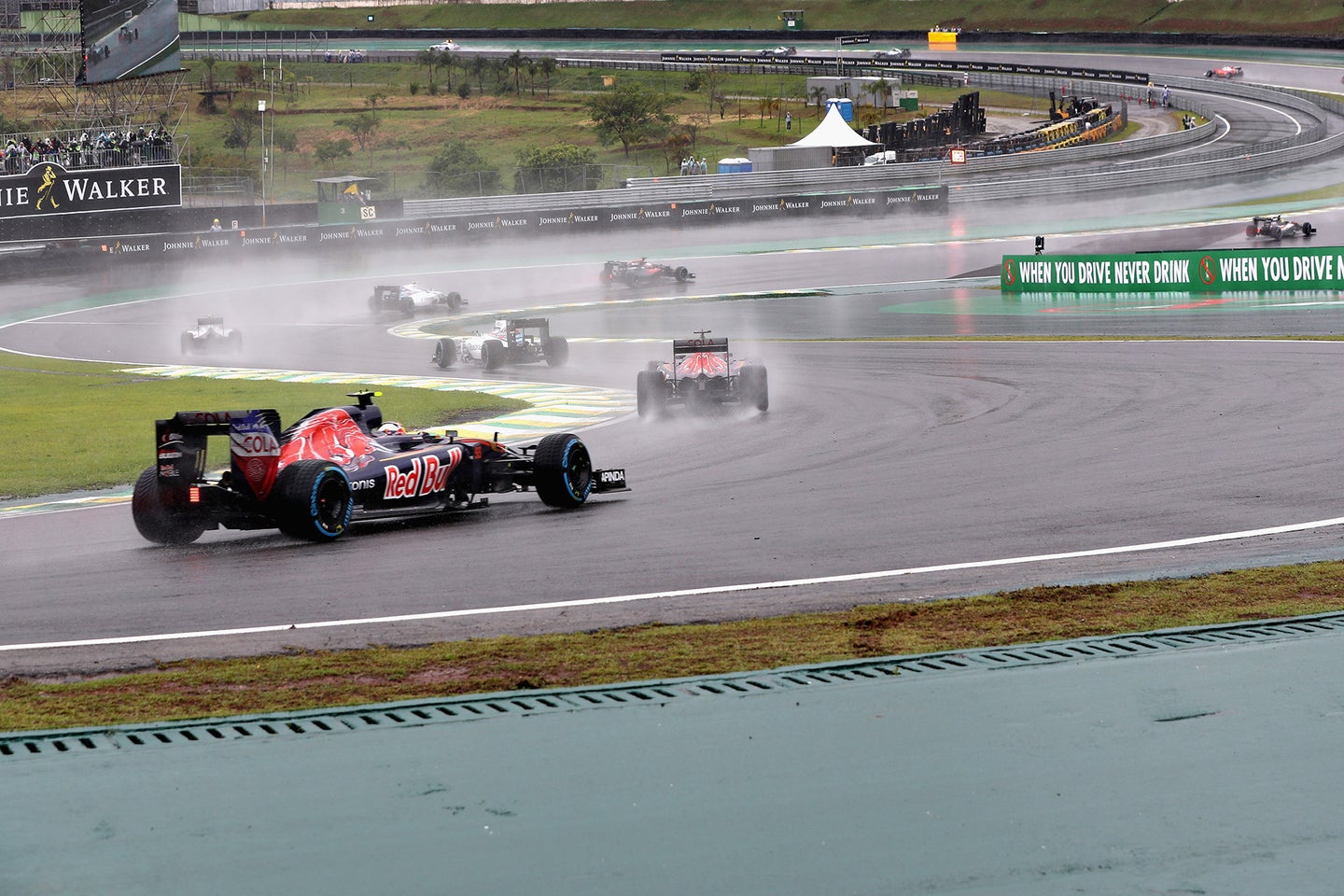 In an effort to preserve Brazil's spot on the Formula One calendar, the city of Sao Paulo is selling the Interlagos circuit. Sao Paulo mayor Joao Doria says the track will be auctioned off as privatization is the best way forward for both the circuit and the city. Bernie Ecclestone, who was recently replaced at the head of Formula One by an actual living and breathing human, is keen to bid on the track. Ecclestone, who's wife is Brazilian, also owns a ranch in the country.

With privatization will come much needed upgrades to the facilities and grounds. The sale comes with the authorization to build a hotel and luxury apartments, as well as a museum named for Formula One god, Ayrton Senna. Faced with a massive economic crisis, Sao Paulo is unable to make the upgrades themselves. Doria told Reuters "The privatisation of the track is the guarantee of the continuity of Formula One. I understand that Formula One is important but with private money, not public money. It's perfectly possible for it to keep running with private money as a private track."

In a typical Ecclestonian response, when asked about the buying the circuit, Ecclestone said "I haven’t made any ‘yes, I’m going to buy’ or ‘no, I ain’t going to buy’ (decision). We’ll wait and see."

It is understood that Formula One's new owners, Liberty Media, are also considering bidding on the track. Ecclestone has, in fact, been urging them to buy Interlagos.

Formula One, under Ecclestone's control, built tracks and held races in several new countries in recent years. A good number of those races were financial failures for the host countries. Billions of dollars were spend on track construction and hosting fees, only to have the race pulled from the calendar after a year or two. The only party the benefited from this was Ecclestone. His "take the money and run" approach did Formula One no favors.

It's a safe bet that most people involved in Formula One would rather have Ecclestone stay away on "gardening leave" at this point. The Brazilian Grand Prix has, for years, been one of the best races on the calendar. Championships have been won here while hearts have been broken. Some of Formula One's most emotional moments have happened at this track. Some racers have the drive of their lives here, while others got lost on the service roads.

Formula One can not afford to loose this race. The best thing for Interlagos and Formula One would be for Liberty Media to purchase the circuit. This would show the teams and fans that Liberty is fully committed to both bringing Formula One successfully into the future while keeping the sport's heritage alive.

His job’s been taken over…but he’s still kicking around.