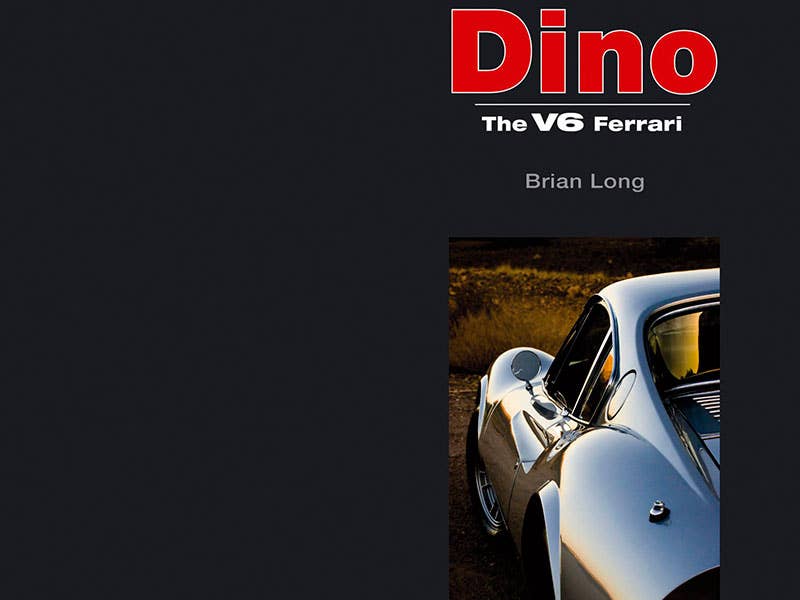 We all imagine ourselves partying, riding, racing, commiserating or wrenching throughout any given weekend. But life is complicated. Sometimes, things wind up being a little slower, a little less glamorous. Even if you’re not driving like Lewis Hamilton or raging like, well, Lewis Hamilton, there are some great books about motoring out there. Read one for a change.

Never officially a Ferrari, Dino was a standalone nameplate in honor of Enzo Ferrari’s son. Ferrari and Fiat both built variants; among them are some of the most beautiful cars of all time. Brian Long, an ace automotive author, has put together the most complete history of the Dino to date. With over 250 photographs, it covers every model and variant made. I’ll be buying one. $60 from Veloce, less on Amazon.

Carter has been a fixture in pits of motorcycle racing for more than 60 years. He knows everyone, has been everywhere and, how, has written his memoir. It’s an upbeat and funny remembrance. And solid journalism. It’ll be $28, on sale Dec. 14.

You can say a lot about Virgil Exner and the effect his touch had on the world. But you see it every day in the shape of the modern car, much of which flows from his 1947 Studebaker Champion Starlight Coupe. Chrysler historian Peter Grist’s book not only looks at the man and his accomplishments, it includes previously unseen drawings and photographs from the Exner family collection. $40.

N.A.R.T. – A concise history of the North American Racing Team by Terry O'Neil

Luigi Chinetti did more for the exotic car in the United States than anyone else. Strike that; he did everything, because without him Ferrari as we know it wouldn’t exist. His friendship with Enzo and success as an importer allowed Chinetti to help guide the development of production models, and his North American Racing Team (N.A.R.T.) ultimately took a victory at Le Mans. Get it for $64, also on sale Dec. 14.

Racing Line: British motorcycle racing in the golden age of the big single by Bob Guntrip

Development of the big single in British racing peaked in the Sixties and Seventies, yielding some of the tightest, most exciting racing ever (and some of the greatest-looking bikes ever). Guntip’s book looks at the races, racers and technologies that defined the era, leading to production bikes that changed the world. $26.